TUCKER: He watched three low-ranked Demi-nomi-wannabes yammer so we wouldn’t have to. [5:14] 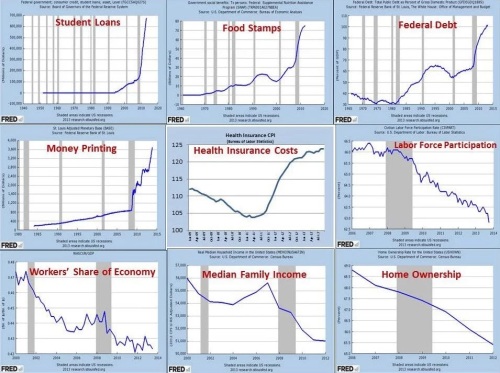 BIDEN: He may be the top ranked DNW, but let us not forget that he was Obama’s VP for 8 years. 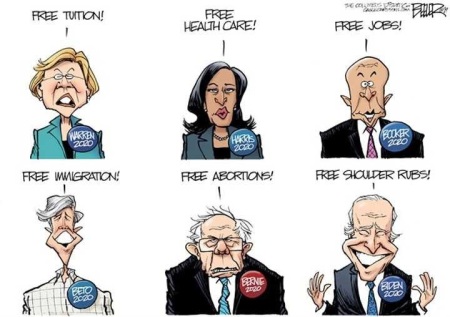 BERNIE: “When it comes to abortion, there is no middle ground” – This is becoming more and more obvious this year as right-wing states pass laws banning most or all abortions while left-wing states pass laws permitting abortion until birth (and after). Democratic presidential candidate Bernie Sanders has a long history of supporting abortions up to birth and infanticide, something he reiterated at a weekend rally. 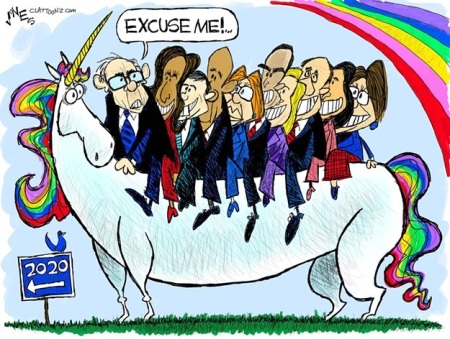 FAUXCAHONTAS: Sen. Elizabeth Warren (D-MA) at the MoveOn Big Ideas Forum in San Francisco – “A lot of people want to talk about the guy in the White House. We need to talk about an America that was broken long before he arrived there — the America that elected him — that is a broken country, that is a country with serious problems. But here’s the deal. We have the chance in 2020 to take it all and make this country work,” says one of the many Demi-nomi-wannabes who never want to talk about any of the real problems our country faces or how much Trump has done to repair the damage Obama inflicted.

Kirsten Gillibrand is asked if she supports late-term abortion

Chris Wallace shuts down her attacks

GILLIBRAND: Fox News town hall – Nothing surprising here. Sen. Kirsten Gillibrand (D-NY) called the National Rifle Association (NRA) as “the worst organization in this country” while unapologetically embracing late-term abortion. Don’t get me started on the hypocrisy of THAT combo!

Still, I had to laugh when she attacked her host, Fox News, citing the number of hours Fox News devoted to infanticide and the number of times they used the word. Fox averages 2.5 million total viewers in prime time.

According to the Media Research Center (MRC), ABC, CBS, and NBC, with a combined 20 million viewership, devoted more coverage to the FAKE NEWS Russia collusion narrative than to ANY OTHER AREA of the Trump administration’s work.

In other words, they yammered on and on and on about something that never happened while virtually ignoring the border crisis, immigration reform, tax reform, trade reform, North Korea’s nuclear threat, the war with ISIS, the ever-booming economy, veterans’ affairs, the opioid epidemic, and on and on and on. 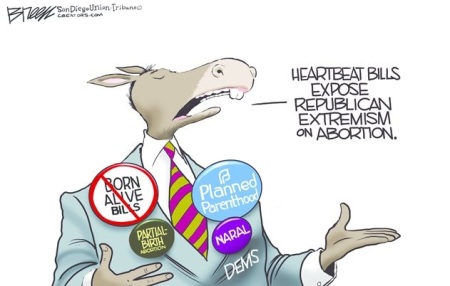 ABORTION: The Democrat’s push on unrestricted abortion until birth is going to cost them – Gallup polling has consistently has found that a majority of Americans oppose most or all abortions. Recent polls have confirmed this. 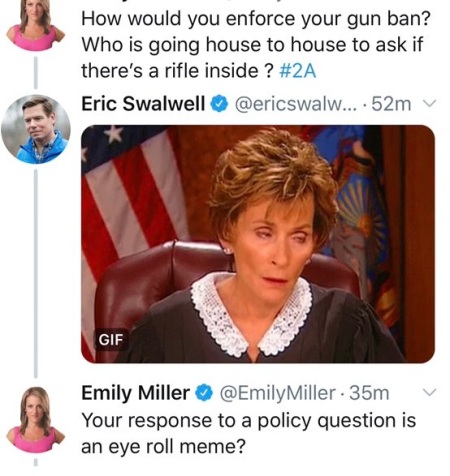 SWALWELL: Best response to Swalwell’s rude and immature non-answer – “You do realize this woman is a rape survivor? So, when you were saying your future administration would pay close attention to the opinions of women, you clearly didn’t mean all of them, just a select group, right?”