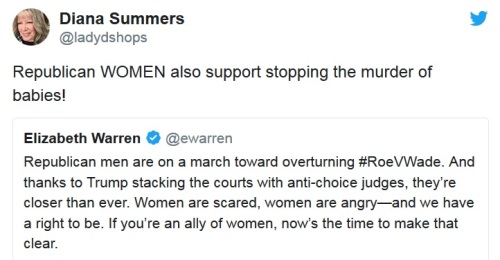 IT’S LIKE THE 1860s ALL OVER AGAIN: Democrats were pro-choice about slavery and, just like today’s abortion pro-choicers, they claimed they had a biblical basis for their position. Meanwhile, white Republicans wanted to abolish slavery. Thank God the abolitionists won. May we do so again.

Fauxcahontas: Elizabeth Warren introduced a massive new plan Friday to legalize abortions for any reason up to birth in America and force taxpayers to pay for them.

Klobuchar: Democrat Amy Klobuchar said on The View that she supports allowing full-term, viable babies to be killed right up until the moment they are born. 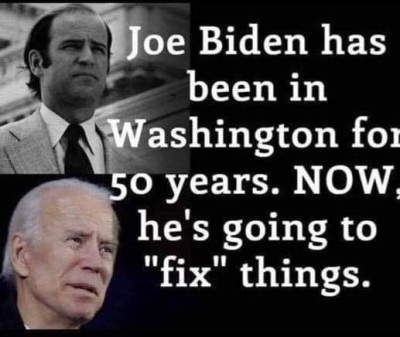 Democrat presidential front-runner Joe Biden addressed the issue in a statement to a suit hanging in a dry cleaners window, saying, “China has us by the throat because at any moment they could stop selling us those fried dumplings we all love so much, causing a glut on the dipping sauce market that could bring our economy crashing to a halt.”

BERNIE: Socialism means it’s okay to kill your unborn baby, but once it’s born, you must let the government indoctrinate it — In a major education policy speech set to be delivered Saturday, Sen. Bernie Sanders will call for a ban on all for-profit charter schools, a position that puts him directly at odds with the Trump administration and becoming the first of the 2020 Democratic presidential candidates to insist on such a move.

.@BilldeBlasio is the worst Mayor in the history of New York City – he won’t last long! pic.twitter.com/NyYntsX573

DI BLASIO: Another rich white guy wants to be President of the Socialist States of America – “As president I will take on the wealthy, I will take on the big corporations, and I will not rest until this government serves working people.”

Also, Orange Man Bad. President Trump “must be stopped. I’m a New Yorker. I’ve known Trump’s ability for a long time. This is not news to me or anyone else here, and I know how to take him on.”

While he’s been mayor, New York City has gone downhill. 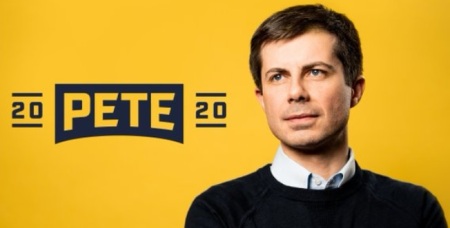 BUTTIGIEG: The “moderate” mask falls off – His policy platform includes