FRIDAY PENANCE: We’re regular carnivores and find that abstaining from flesh food is a good reminder of Jesus’ sacrifice.

I have one of these beautiful olive wood carvings that I keep on my window sill, except on Fridays, when it sits on the kitchen counter to remind us of the day.

PUT DEMOCRATS IN CHARGE: And watch what happens – More than perhaps any other city, Seattle represents the future that is coming to America. Amazon, Microsoft, and Starbucks are all based in the city, or its suburbs. Jeff Bezos lives there. But along with unfathomable wealth, there is desperate poverty and degradation. Rather than dig in and fix their OWN CITY, they promote more Democrat failure.

JUDICIAL WATCH: As part of a FOIA lawsuit, JW received 339 pages of heavily redacted records from the U.S. Department of Justice.

Among them is an April 20, 2016, email to Associate Deputy Attorney General Bruce Ohr from his wife Nellie Ohr in which she reassures Bruce that she is deleting all the emails related to “Analyst Russian Organized Crime – April 2016.”

Nellie Ohr testified before Congress that she had no knowledge of what was going on during the Russia investigation at DOJ. But these emails discuss it.

“This email is disturbing and suggests documents relevant to the improper targeting of President Trump were destroyed,” said Judicial Watch President Tom Fitton.

OBAMA CORRUPTION: In 2013 and 2014, China embarked on an aggressive air and island campaign to dominate the South China Sea, much to the dismay of Japan and other countries in the region.

Worse, Hunter Biden and Chris Heinz even invested in a Chinese nuclear company under FBI investigation.

“Our trade war with China is escalating. President Trump struck first, imposing tariffs on such imported Chinese goods as crappy toys that break as you’re trying to get them out of the incredibly frustrating plastic wrap, and electronics with stolen U.S. technology inside. China then retaliated by imposing tariffs on imported American goods like food which China says it doesn’t need because they have so many people and they can’t really vote so who cares if they die.

“Chinese Trade Minister Ey Skru U told reporters, ‘China has every right to protect its ability to shaft the living daylights out of other countries by reneging on treaties, stealing intellectual property and totally ignoring the rulings of the World Trade Organization because we don’t believe in freedom or morality. President Trump thinks he can blackmail us into behaving like decent humans but he hasn’t got a Chinaman’s Chance, nyuk, nyuk, nyuk. Get it?'”

FRIVOLOUS ASYLUM CLAIMS: Four-in-five asylum seekers at the southwest border do not meet the criteria –

“The way the system works right now the threshold under law is so low that about 80 percent pass that initial interview, but only 20 percent are granted asylum by a judge, which tells us that 80 percent of that is either just a flat-out fraud or somebody who thinks they can come here because they want a job here. That’s not asylum. Or ‘I want to reunify with my family.’ That’s not asylum. ‘I just want to come to the United States’ — not asylum. We have legal ways to do that, but it’s not through asylum.” – Homeland Security Secretary Kirstjen Nielsen 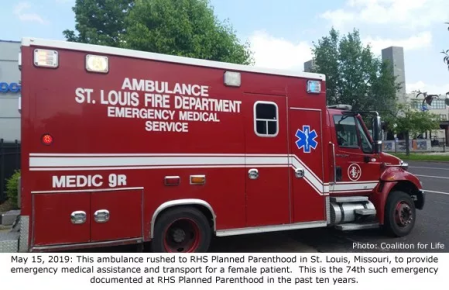 MOST DANGEROUS ABORTION CLINIC IN AMERICA: For the third time in 22 days, an ambulance has responded to a medical emergency at the Reproductive Health Services Planned Parenthood abortion clinic in St. Louis, Missouri.

TRANNIE INSANITY: The New England Journal of Medicine published a bizarre story about a “transgender man” who entered a hospital with severe abdominal pains. Because she was identified as a man, the doctors naturally did not think to treat her for labor and delivery, so she tragically lost the baby.

Rather than emphasizing the danger of placing gender identity over biological sex, both the journal and The Washington Post made the absurd claim that the hospital should not have ruled out pregnancy for a man. 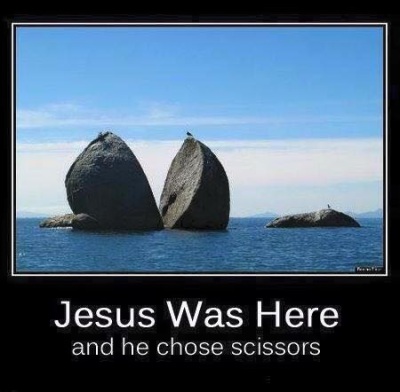