Judicial Watch has continued to pursue its Freedom of Information Act (FOIA) lawsuits and turn up new dirt. Here is the latest. 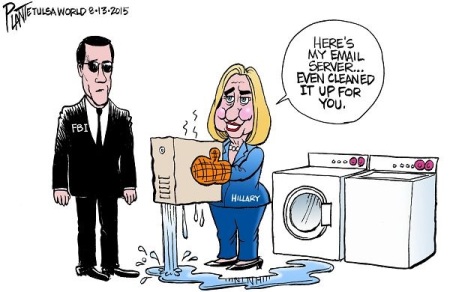 June 27, 2015 email from an unidentified individual working with an inspector from the Office of the Intelligence Community Inspector General to a Department of State official:

Clinton has repeatedly denied any wrongdoing with the private email system, which included a server located in a bathroom in the New York mansion she shares with former President Bill Clinton.