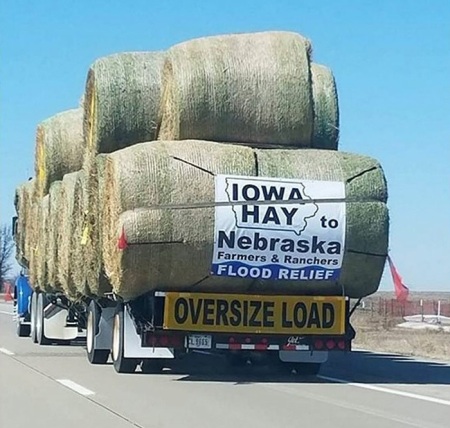 IOWANS SEND HAY TO FLOODED NEBRASKA FARMERS: Farmers and others from Mt. Vernon and Ely. Iowa, collected hay and money for supplies and fuel to get it to hungry critters in Nebraska.

Wouldn’t it be nice if black race baiters who have done exactly the same thing were brought to justice? Not holding my breath.

He was also hit with separate federal charges by Los Angeles prosecutors for bank and wire fraud.

Michael Avenatti arrested. Stormy Daniels has to pay Trump’s legal fees. There was no Russian collusion and Trump is still our President! BWAHAHAHA!

CNN analyst Mark Geragos is cited as Avenatti’s co-conspirator in the attempted extortion of Nike.

FREE SPEECH AT UNIVERSITIES: From F.H. Buckley at NY Post – “American colleges used to pride themselves on their commitment to free speech and free inquiry. That’s the only way learning takes place, we thought, and you’d have to go back to the Dark Ages to find people who disagreed. Only now the Dark Ages have returned, with college speech codes, barking-mad left-wing student mobs and faculties that refuse to hire open conservatives.

“This week, President Trump took a big step to stop the madness with one of the most important speeches of his presidency.

“Trump signed an executive order to authorize the denial of federal funds to colleges that suppress student free-speech rights. Students who’d expressed conservative ideas, planted crosses for aborted children or passed out Valentine’s Day cards saying “Jesus Loves You” have been denounced by angry professors or sent off to free-speech zones.

“No more, said Trump. The federal government awards billions to our universities; top schools get a billion apiece. That’s going to stop, he said, if they don’t honor free-speech rights.”

DIVERSITY OF EVERYTHING: Except thought – Jannique Stewart, a pro-life speaker with Life Training Institute was invited to speak at an abortion debate at Cornell University but she was disinvited when the organizers realized she believes in the traditional Christian teachings on sexuality and marriage.

In the Left’s battle to destroy everything, they have elevated “inclusion” to a deity that is worshiped by EXCLUDING anyone who disagrees with the Left’s orthodoxy-du-jour.

EUROPE SUCKS: The European Court of Human Rights (ECHR) has decided that the Austrian courts were right to condemn Elisabeth Sabaditsch-Wolff for having sharply criticized the prophet Muhammad’s marriage with a six-year-old girl.

The consequences of this decision for free criticism and enunciation of facts regarding Islam and its history in particular will be far-reaching.

UK SUCKS SLIGHTLY LESS: The British Home Office denied the asylum claim of an Iranian Christian based on its judgment that Christianity is not a peaceful religion.

Social media hit back hard after the Iranian’s caseworker tweeted photos March 19 of the Home Office’s letter commenting, “I’ve seen a lot over the years, but even I was genuinely shocked to read this unbelievably offensive diatribe being used to justify a refusal of asylum.”

The Home Office have now agreed to withdraw their refusal and to reconsider the application.

ISRAEL: U.S. President Donald Trump will be signing an order in the coming days to recognize Israel’s sovereignty over the occupied Golan Heights region.

OBAMACARE: The Department of Justice (DOJ) on Monday announced that it is siding with a district court ruling that found the Affordable Care Act unconstitutional.

The move is an escalation of the Trump administration’s legal battle against the health care law.

The DOJ previously argued in court that the law’s pre-existing condition protections should be struck down. Now, the administration argues the entire law should be invalidated.

The U.S. House voted to overturn Obama’s executive action in February; in March, the Senate also approved legislation to reverse the rule, with Vice President Mike Pence casting the tie-breaking vote. The law has support from individuals in charge of Medicare and Medicaid.

GOVERNMENT HEALTH CARE: It’s all free … unless they decide you aren’t worth the money.

A Dutch environmentalist legislator has suggested restricting surgeries for patients older than age 70 by allowing hospital geriatricians to decide whether or not to operate and continue to provide treatment. The reason? Cost.

Canada, The Netherlands and Belgium have legalized euthanasia. The number dying seems to increase from year to year. In Canada, at least 19 cases did not comply with the legal criteria and safeguards.

CELL PHONES: They emit (RF) radiation which is known to have adverse health effects – See the Safe Phone Zone and Safe Sleeve links below for advice about reducing the risks. The sleeves are pricey, but brain tumors are nothing to mess around with. My brother died in his early 40s from brain cancer, leaving behind a widow with 6 young ‘uns to raise. I’m going to be getting Dearest a Safe Sleeve for his birthday.

“We must now brace ourselves for disquisitions on peer pressure, adolescent anomie and rage.” – Charles Krauthammer

WILLPOWER vs. IQ: Willpower is a teachable and accessible skill – and it is a much better indicator for success than an IQ score. Being intelligent, although a desirable trait, is not directly correlated to success. We can, however, teach ourselves and others to become successful simply by exercising and developing our willpower.

EVOLUTION vs. FAITH: One is all Fluke, Farce, and Fertilizer. The other is all Father, Function, and Future. I choose Door #2.

CALIFORNIA: Drought is over – After experiencing 7 years of alarmingly arid conditions, California has finally been declared drought-free. And it has resulted in a surge of butterflies and wildflowers.

NEW YORKERS FOR LIFE: Sign up for alerts from the Catholic Action Network. CAN is an arm of the New York State Catholic Conference that gives us all a larger voice in the halls of government. Receive educational updates on the important life issues being debated and receive tools to simplify the process of contacting your elected officials.

THIRD PARTY REPRODUCTION: The Anonymous Us Project is a safety zone for real and honest insights regarding third party reproduction (sperm & egg donation, and surrogacy). We aim to share the experiences of people whose lives have been affected by third party reproduction while preserving the dignity and privacy for story-tellers and their loved ones.

All stories are contributed anonymously because “anonymity in reproduction hides the truth, but anonymity in story-telling helps reveal the truth.”

Previously, Brigham operated in numerous states: Pennsylvania, Florida, Georgia, New York, New Jersey, and California — but starting in 1994, his license was either suspended, revoked, or relinquished in five states.

He also has a history of seriously botching abortions, killing at least one patient and maiming multiple more. The case of the botched abortion of an 18-year-old girl was what eventually prompted Maryland authorities to inspect his facility; she could be heard screaming as Brigham perforated her uterus. He then shoved the baby into her abdominal cavity and pulled part of her bowels out of her vagina. No one at the facility called an ambulance; instead, Brigham drove her to the hospital himself as she bled in the backseat. Her injuries were so severe, she had to be life-flighted to Johns Hopkins Hospital.

The woman he killed, Maria Santiago, suffered a cardiac arrest — no one at the facility knew how to use a defibrillator, and the one in the facility did not work.

WOW! Check out the massive crowds of pro-life people in Argentina who stood against abortion!

We're proud to join them and pro-life people worldwide in speaking up for women and unborn children.#SalvemosLas2Vidas #YoMarchoPorLaVidapic.twitter.com/no5E1IPHUw

ARGENTINA: This South American country protects unborn babies from abortion except in very limited circumstances, but abortion activists and politicians are pushing to make abortions legal.

On Saturday, an estimated two million pro-lifers rallied in the streets of Argentina for the annual March for Life. 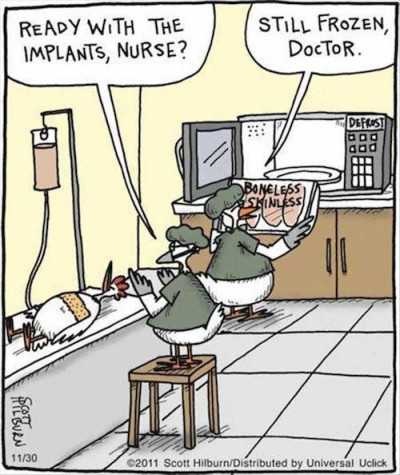