HANNITY: “This is a classic disinformation operation.” “Not only was there no collusion, but there was a coordinated effort to take this president down.” “This has all been a hoax.” “There will be indictments.”

DONATE TO PRAGER U: Prager U is so effective at educating people about conservative principles that they get blocked by certain social media platforms. Donations to Prager U help keep the videos coming and free. Donations made before March 31 will be TRIPLE matched!

40 DAYS FOR LIFE: Since this year’s Lenten prayer campaign began on March 6th, 91 babies have been confirmed saved from abortion.

ARKANSAS: The governor of Arkansas signed a new law banning abortions after 18 weeks, except in cases of rape, incest or medical emergencies that threaten the mother’s life. Arkansas currently prohibits abortions after 20 weeks.

“It’s within the second trimester that states are allowed to pass restrictions on, and this, with the science we have today it seems like a very appropriate restriction,” Gov. Asa Hutchinson

ROSWELL, NEW MEXICO: Sanctuary City for the Unborn – The City Council of Roswell, New Mexico passed a resolution Thursday declaring its jurisdiction to be in support of “fetal life,” something local pro-life activists say makes Roswell a “sanctuary city for the unborn.”

Resolution 19-28 declares “that innocent human life, including fetal life, must always be protected and that Society must protect those who cannot protect themselves.”

The resolution also states that the City Council declares “its opposition to any diminution by the New Mexico Legislature of the limitations on abortion” and “honors the rights of healthcare providers to object on moral grounds to performing abortions and opposes any regulation or law seeking to violate that right.”

PLANNED PARENTHOOD: A young couple in Houston, Texas, visited PP hoping for a prenatal checkup. Instead, the couple was given an abortion price list. 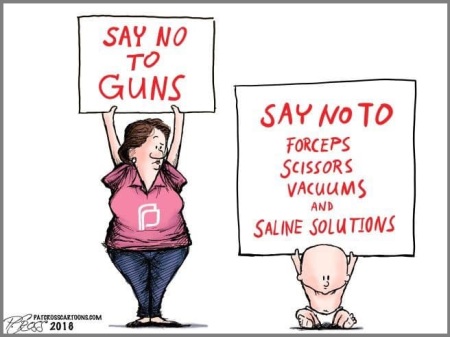 BETO 2020: Typical mealy-mouthed Democrat reply to very specific abortion question – ARGH. The all the Democrat presidential candidates, O’Rourke has a 100-percent pro-abortion voting record. He also sponsored a radical pro-abortion bill that would have legalized abortions for basically any reason up to birth. Click the link to watch the video. I can’t figure out how to embed it here.

AOC: The more we know, the less we like – A newly-released Gallup poll found that just 29% of Americans say they have never heard of Ocasio-Cortez. That’s unheard of for somebody who was only recently elected to the House.

By way of comparison, that means her name recognition is higher than Chief Justice John Roberts (30%) as well as prominent senators who are running for president, such as Sens. Cory Booker (33%), Kirsten Gillibrand (41%), and Amy Klobuchar (45%).

PRANAYAMA BREATHING: It has astonishing health benefits! – Studies done in 2015 and 2016 showed that pranayama breathing both increases salivation and changes the makeup of saliva by increasing the amount of nerve growth factor (NGF).

When NGF is produced, it’s transported to the brain, where it signals nerve cells to grow or survive longer. Increased NGF could have a major impact on aging, and specifically on some of the degenerative diseases of the day like Alzheimer’s and cancer.

Saliva also has numerous antibodies and proteins that do everything from suppressing tumors to regenerating the liver.

For example, it contains immunoglobulin, which are antibodies that bind to germs, as well as DMBT1, a tumor suppressor that blocks the conversion of normal cells to cancer cells.