WASHINGTON, D.C.—Representative Alexandria Ocasio-Cortez’s Green New Deal hit a snag when it lost the support of another freshman representative, Ilhan Omar. Omar had been an enthusiastic supporter of the Green New Deal and wanted to save the earth, but then she noticed something very disturbing when looking at a map of the earth: Earth is the planet on which Israel resides.

“You’ve been hypnotized by the Jews!” Omar accused a surprised Ocasio-Cortez. Omar then ripped up a copy of the Green New Deal. “This is just a plot to help Israel keep existing! Did AIPAC pay you off?”

Ocasio-Cortez was very apologetic, saying she hadn’t considered how her plan would affect Israel. She then vowed to change her plan so it might save the whole planet except where Israel resides. 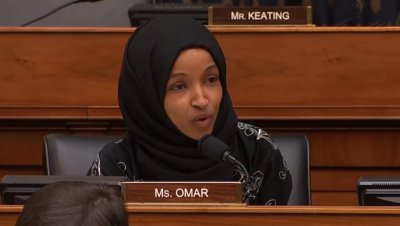 “This is, like, a learning process,” Ocasio-Cortez later told reporters. “When I made the Green New Deal, I thought weather like storms and earthquakes were all caused by climate change, but now I’ve learned from Representative Omar that lots of that is actually from Jewish-controlled weather machines. So for the next version of the Green New Deal we will have to keep that in mind.”

Other stories of questionable veracity from The Babylon Bee: