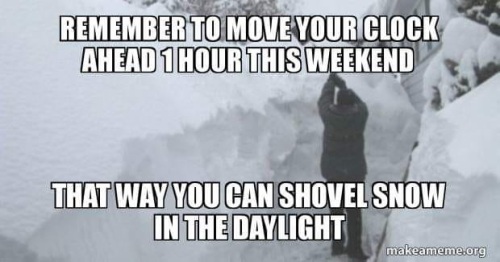 GOOD KIDS: A group of Parsippany teens got up at 4:30 am to shovel out a neighbor’s driveway so she could get to her dialysis treatment. Suddenly, it’s very dusty in my office.

SEAN HANNITY: The Deep State is coming down – “I know you’ve been saying to yourself, what about all of the people that we know have been abusing power, committing real and serious crimes. Hillary Clinton is one. We’re looking at people like McCabe, and Comey and Strzok, and Page and many, many, many more. What about the FISA abuses. Stripping Americans of their constitutional rights. What about the rampant conflicts of interest at some of the highest levels at the DOJ and FBI. Tonight we have great news. According to my sources, everything we have been revealing about the Deep State for two years will very soon result in major serious ramifications.”

BORDER CRISIS: If they couldn’t just walk across, they wouldn’t come at all – If all the national emergency and executive action funding is upheld in court challenges, the Trump administration will have funding for approximately 445 miles of the total 722 miles desired. At this time, 111 miles of new or replacement wall has either been finished or is underway.

FILTH IN THE HEART OF LA: Democrats have been running Los Angeles for decades … but WE’RE the deplorables? Riiiight. Satan must be dancing about convincing Democrats to put the precious feelings of homeless people ahead of the public health of the entire city. They did the same appallingly stupid thing when they made it illegal for public health officials to notify people who had had intimate contact with someone who had been diagnosed with HIV/AIDS.

SIXTEEN FELONIES: He is facing a maximum sentence of three years behind bars, 60 years probation and a $25,000 fine.

SEVEN THINGS DETESTABLE TO THE LORD: “Hatred for the children of Israel is a very special kind of hatred that should never be watered down.” – Rep. Louie Gohmert (TX-01) 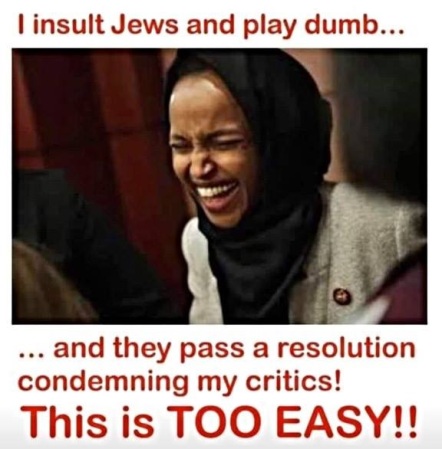 DEMOCRATS ARE IN TROUBLE: Nancy Pelosi sounds like the sanest person in the party – Just one day day after Democrats refused to condemn Rep. Ilhan Omar for her anti-Semitic remarks, Omar went a bridge further and condemned … wait for it … Barack Hussein, the Democrat’s Messiah himself. “We can’t be only upset with Trump,” the Somali-American Muslim told Politico Magazine. Obama was no better, with his “pretty face” and fake agenda of hope and change.

DEMOCRATS ARE IN TROUBLE: Trump could get 40% of the Jewish vote in 2020 – Jewish-American political analyst Doug Schoen joined Stuart Varney on Friday to discuss the Democrat Party’s failure to pass a stand-alone resolution condemning anti-Semitism by Rep. Ilhan Omar.

“I was ashamed and embarrassed for my party not being able to condemn anti-Semitism outright and say to Rep. Omar you are off the foreign relations committee… Ronald Reagan got as much as 40% of the Jewish vote and I think Trump moving the embassy to Jerusalem is positioned to get that number under the right circumstances… You said to me, are you still a Democrat. And I said yes I am and for today I am. But if we get a nominee who is not pro-Israel you will not see people like me voting Democratic.”

EDUCATIONAL MALPRACTICE: Students at an Arizona high school were suspended after donning MAGA clothes and waving a MAGA flag, during their school’s “Party In The USA” spirit day. Protesters gathered after to support the kids.

MEDIA MALPRACTICE: From Media Research Center – The worst problem that liberal journalists have is that mental tic that journalism equals liberalism. Conservative journalism is by definition “disinformation.”

Washington Post media columnist Margaret Sullivan perfectly exemplified this tic on Friday calling Fox News a disease – an “American plague.” According to her, the Democrat ban on Fox News, is “a mild, reasonable step that recognizes the reality that Fox News shouldn’t be treated as an honest broker of political news. It was not censorship as some bizarrely claimed, merely a decision not to enter into a business relationship.”

RELIGION IN U.S.: The “secularization thesis” is only partly right – Recent research shows that intense religious beliefs and practices are persistent in the United States. Intense religion is marked by strong affiliation, very frequent practice, biblical literalism, and evangelicalism. Researchers found that only moderate religion is on the decline.

ENVIRONMENTALISTS LIE: From Phelim McAleer and Ann McElhinney – “There is a big lie environmentalists love to spread. They claim America is an environmental hellhole because of rapacious capitalism and American companies export even worse environmental practices to the developing world.

“This couldn’t be more wrong. Even worse: those who are pushing this story know it is wrong. They are lying but they believe like so many on the left that it is an honorable lie. But there is nothing honorable about these lies.”