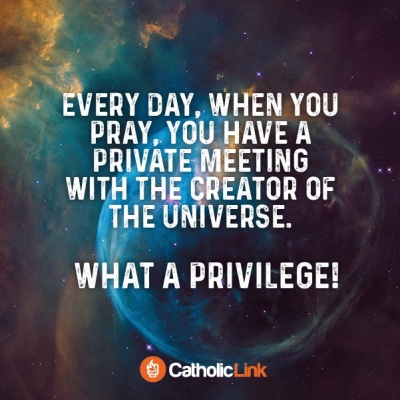 SECRETARY OF DEFENSE FOR POLICY: John Rood testified yesterday at a House Armed Services Committee hearing — President Trump holds the power to order the military to build a border wall WITHOUT Congressional approval OR by declaring a national emergency.

DON’T HOLD YOUR BREATH, MR. PRESIDENT: The Democratic leadership doesn’t care about America — They ONLY care about getting and keeping power.

It’s important to Trump’s base that he keep his promise to build a wall. Trump is running again in 2020. Ergo, Democrats are 100% opposed to any kind of barrier being built, regardless of how ridiculous and indefensible that position is.

WHITE HOUSE: I got this in an email from Trump — “In just the past 2 years, U.S. Immigration and Customs Enforcement (ICE) officers arrested more than 260,000 criminals who exploited our broken immigration system. This list includes those charged with or convicted of nearly 100,000 assaults, 30,000 sex crimes, and 4,000 homicides.”

THIRTY-THOUSAND SEX CRIMES? Where are all the Democrat SJWs who were yelling #MeToo when Kavanaugh was up for nomination? (Never mind that his accusers were lying liars. Nothing they accused him of having done was even a crime.) 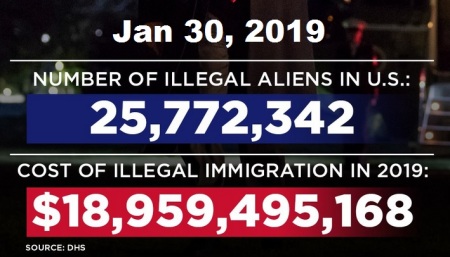 MIGRANT CARAVAN: “Manufactured crisis” — The latest migrant caravan from Central America, which started at 2,000, is now reportedly up to 12,000 strong and headed to Mexico.

KAMALA GOT THE MEMO: Hours after announcing she favored eliminating private health insurance entirely, she said she was “open” to not shutting down the entire health insurance industry and forcing everyone onto a government plan. I’m pretty sure she meant what she said in the first place and that the other Lefties agree with her wholeheartedly.

SEN. SHERROD BROWN (D-OH): After Kamala walked back on her oopsie, he told Chris Matthews he stood with her plan to eliminate private health insurance. I guess he did not get the memo.

BOYCOTT STARBUCKS: It’s a familiar cry from the right — But now it’s the left that’s saying it, because Starbucks former CEO, Democrat billionaire Howard Schultz has committed the HERESY of announcing he’s running for 2020 Prez as an INDEPENDENT. Even worse, he’s been saying MEAN THINGS about the Democrat contenders! How dare he siphon votes away from Democrats when TRUMP TRUMP TRUMP. Fellow conservatives, pass the popcorn!! ::snork::

Cause they’ve accomplished way more in life than being a bartender in the Bronx.

Seems like an odd criticism from someone whose first elective office is the US Congress.

Building a $83 billion global company from basically nothing is … something?

CLIMATE HYPOCRITE: As parts of the country suffer from wind chill temps as low as MINUS 60 — WaPo reports that, Elon Musk, the founder of Tesla and SpaceX, put 150,000 miles on his private jet last year. In September, a few days after calling fossil fuels ‘the dumbest experiment in human history,’ his plane burned thousands of pounds of jet fuel flying 300 miles from L.A. to Oakland so Musk could view a competitive video-gaming event. And the aircraft was often instructed to fly from one side of Los Angeles to the other so Musk wouldn’t have to drive so far to meet it.

"Hi. I'm Carly. I am a political science major of @NewEngCollege . I am personally a big environmental person. You are very big on changing the big aspects. But personally, are you a vegan?… Do you drive an environmentally friendly car?"@MikeBloomberg response at @nhiop here: pic.twitter.com/ZXTQxiKUms

Bloomberg’s non-answer has NOTHING to do with his carbon footprint. But, you know, as long as rich Leftists like Al Gore, Elon Musk, and Michael Bloomberg SAY politically correct things, they can do whatever the hell they want.

Meanwhile, just yesterday on MSNBC, Bill Nye, the Science Guy (who has a Bachelor’s degree in Engineering) told Chris Matthews that global warming will mean America needs to grow its crops in Canada. “The agriculture is going to have to move north into what would normally be Canada and we don’t have the infrastructure, the roads and railroads to get food from that area to where we need it.”

MICRO-MINIATURE AGGRESSIONS: It’s sad how American grievance mongers have so little of real substance to bitch about — The latest super dumb thing some SJW is up in arms about is a photo of miners enjoying their beers after a hard day of work. “Take it down! They’re wearing blackface!” No. They’re MINERS who have been underground all day DIGGING COAL. Which is, you know, BLACK, and gets on everything.

Next they’ll be demanding Disney remove Chim Chim Cher-ee from Mary Poppins. The New York Slime has already condemned Mary Poppins for putting soot on her face … four days after publishing a sympathetic piece about the Black Hebrew Israelites, the racist hate group that gained Leftist’s admiration for calling a bunch of high school boys “crackers”, “school shooters”, and other stuff I won’t type out here. It’s all on the video.

MOURNING JOSHUA TREES: Three weeks ago, an independent news site called National Parks Traveler reported that vandals had cut down trees at Joshua Tree National Park during the government shutdown when the park wasn’t fully staffed. MSNBC just noticed and were OUTRAGED. “What sort of monster cuts down a Joshua tree?”

During these politically charged times, it’s important to remember Ephesians 6:12:

“Our fight is not against flesh and blood, but against principalities, against powers, against the rulers of the darkness of this world, and against spiritual forces of evil in the heavenly places.”

“Bottom line – work ethic scholarships are for people who are hungry to learn a skill that’s in demand—it’s for the people who wake up early, stay late, and bust their ass day in and day out. Naturally, people like this are hard to find, but they’re out there,” according to the scholarship website.

SUPREME COURT AND ABORTION: The abortion lobby is asking the Supreme Court to stop a pro-life Louisiana law from taking effect next week. The Supreme Court ruled 5-3 in 2016 that a similar Texas law was unconstitutional, but that was decided before Neil Gorsuch and Brett Kavanaugh joined the bench and before Ruth Bader Ginsburg went missing. The issue is requiring abortionists to have admitting privileges at a hospital within 30 miles of their clinic. Louisiana abortionists say the requirement would “cripple” the industry in Louisiana. “Cripple” is an ironic word for people to use who make their living by ripping the arms and legs off of unborn babies.

CANON LAWYER SAYS IT’S TIME: There’s a thoughtful article by a canon lawyer published at First Things explaining why he believes Gov. Cuomo should be publicly excommunicated “for the good of souls: first of all for his own, but also for the good of those who will otherwise follow him into his grave and public error.”

“Let me be clear: I am not arguing that any Catholic politician who has supported or voted for pro-abortion legislation can ipso facto be termed a heretic. Gov. Cuomo’s consistent and vocal support for this particular legislation, his unique role in enacting it, and his flouting of the clear and public admonitions of two bishops who can claim jurisdiction over him make his case unique.”

SOMETHING TO PONDER: Every American state in which the death penalty is legal prohibits the execution of pregnant women. Likewise, the United Nations’ International Covenant on Civil and Political Rights states, “Sentence of death shall not … be carried out on pregnant women.”

“He himself bore our sins” in his body on the cross, so that we might die to sins and live for righteousness; “by his wounds you have been healed.” — 1 Peter 2:24 [NIV]

Also, when DNA sequencing is attempted, it never works!