Roger Jason Stone Jr. (born August 27, 1952) is an American political consultant, author, lobbyist and strategist known for his use of opposition research, usually for candidates of the Republican Party. Since the 1970s, Stone has worked on the campaigns of Republican politicians such as Richard Nixon, Ronald Reagan, Jack Kemp, Bob Dole and Donald Trump.

Whoever got hired to be on the Kamala Harris campaign team, y’all really finessed the game. #smh pic.twitter.com/0JuF0kUZrH

OMINOUS: Kamala Harris attacks Christians for sport — Now Kamala Harris has launched her presidential campaign with a short video announcing she is for Wakanda Forever. Wakanda is a fictional country located in Sub-Saharan Africa created by Marvel Comics that is home to the superhero Black Panther. While the Black Panther of Wakanda may be a fictional good guy, the Black Panthers of America are very real and best known for using intimidation and violence (particularly against police) in the service of promoting black supremacy.

PUBLIC BATHROOMS: The City of Washington, DC, has slapped a $7,000 fine on a restaurant for asking a man to show ID that said he was legally a female before he could the women’s bathroom. He refused and reported the incident. In addition to the fine, the owners must rewrite their corporate policy, undergo extensive sensitivity training, and post a sign that reads, “All individuals are allowed to use the restroom that corresponds to their gender identity or expression.” What a great city DC has become, where respecting the safety and feelings of actual women and girls who don’t want to become members of the #MeToo crowd is now a crime.

ANTI-VAXXER KARMA: Clark County, WA — One of the country’s anti-vaxxer hot spots has declared a public health emergency as a result of a large outbreak of measles. Eighteen of the 23 sick people are under the age of 10. Twenty of the 23 were never vaccinated. So far, one person has been hospitalized. I remember years ago that college kids who were vaccinated in early childhood were getting measles, so now they recommend (and some colleges require) a booster shot. I’m curious if the 3 vaccinated victims are older and never got the booster.

My kids were like me, with lots of allergies (i.e., iffy immune systems), so we were very cautious about which vaccinations we got them and how and when they were administered. But even my allergy specialist said there was no way he’d recommend them not getting the MMR (measles-mumps-rubella) vaccine, which was well tested for safety and protected against 3 dangerous, contagious, VIRAL infections. Some of the other vaccines, he said no to, because they were for rare diseases and/or were newer vaccines for bacterial infections that could be treated with antibiotics.

The controversial bill would direct the Oregon Health Authority to do whatever was deemed “necessary for the immediate preservation of the public peace, health and safety” if “an emergency is declared to exist.” In Leftie world, “an emergency” requiring the removal of the child would not just be for something like rats crawling over the kid, but for parents who have the wrong kind of religion or political views.

TERRORISM WATCH: In the spring and summer of 2018, the so-called Gaza “Return Marches” dominated the headlines. — Palestinians terror groups organized and coordinated attempts to breach Israel’s security fence, usually under cover of smoke from tire fires. An analysis of the identities of those who were killed showed that 80 percent belong to terror groups. 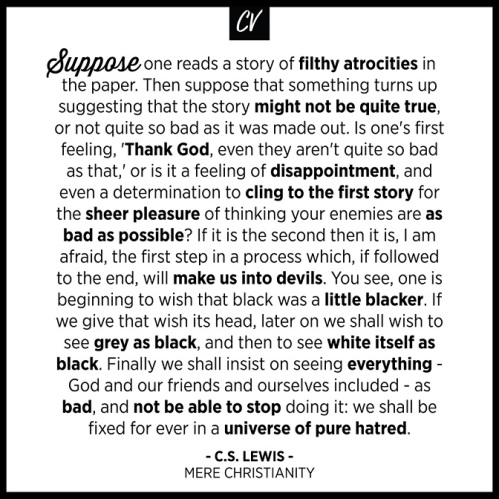 SILENCING CONSERVATIVE SPEECH: From Prager U — After only a few weeks of advertising PragerU content on Spotify, they have made the decision to “stop all existing ads and not approve any new ads coming through in the future.” We have not received any explanation from Spotify as to which specific policy we didn’t comply with.

NOT SILENCING ANTI-CONSERVATIVE SPEECH: Twitter refuses to delete tweets or suspend accounts — Twitter is quick to jump on tweets that contain such “hate speech” as calling a trannie by the wrong pronoun. Twitter has refused to deal equally with the many calls for violence made by verified Twitter celebrities against conservative the Covington kids. So, calling an adult he when zhe prefers she is evil, but calling for random fruitcakes to assault or even murder minors who believe unborn babies have a right to life is good.

COVINGTON UPDATE: They’re fighting back — A team of very high profile lawyers are joining together to fight for justice for the Covington Catholic High School students who were ruthlessly attacked by the media following a school trip to DC for the March for Life.

When asked about who exactly they are planning to sue out of the hundreds of celebrities and journalists who defamed these boys, Barnes confirmed that former CNN host Reza Aslan, actor Michael Rapaport and ABC News senior political analyst anchor Matthew Dowd are on the list, “for starters.”

According to sources, the family of Nick Sandmann has also fired his previous lawyer. The reason is unclear, but it came on the heels of the Today Show interview where he was interrogated by a clearly hostile interviewer.

Following Sandmann’s televised interview, Nathan Phillips got to do a rebuttal, during which he confirmed for all right-minded, thinking adults that he’s a lying, selfish, immature sack of dirt.

Amid mounting pressure, Bishop Roger Joseph Foys of the Diocese of Covington issued a new statement Friday apologizing to a group of pro-life students the Diocese initially condemned over a confusing video from the March for Life. “We should not have allowed ourselves to be bullied and pressured into making a statement prematurely, and we take full responsibility for it.”

Saw this on Facebook: “The Black Israelites instigated most of the Nathan Phillips incident……crickets. Why? Because they are black and the loony white liberal media is so self hating this narrative that portrays these Christian white kids as the bigoted racists sounds so much better in their press. Now Bring on the AWOL native American and we have a Pulitzer Prize boys.”

From Front Page Magazine: “The Black Hebrew Israelite members of the House of Israel who started the confrontation last week in Washington, D.C. are the real preachers of hate worthy of condemnation. They are the ones who spewed racist, sexist, and homophobic vitriol as well as their anti-Catholic insults. Yet the left, which claims to stand up for certain allegedly victimized groups attacked by the House of Israel militants, such as Native Americans, women and gays, have largely given these hate-mongers a pass.”

WORD NERD: The adject form of “pus” is “purulent”, not p**sy — “We’re in the business of pus, not p**sy,” said Leanne Burton of Infectious Diseases at Emory University, gowned in a face mask, a contact precaution gown, and gloves. “Pus-like is okay, purulent is preferable, but please don’t use the word p**sy. Like ever.”

Therefore, lab samples labeled “p**sy drainage” not be automatically sent for genital culture. And the purulent vagina of a female cat should not be referred to as the “p**sy’s p**sy p**sy.”