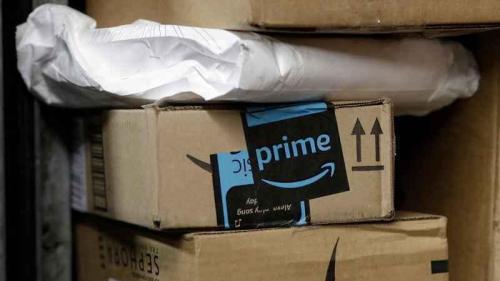 During the heart of the holiday season, Somali Amazon workers staged a protest and rally against the company they say is not responding to community demands. Joining them Friday evening at an Amazon warehouse in Shakopee will be U.S. Rep.-elect Ilhan Omar, who’s the first Somali-American and one of the first two Muslim women elected to Congress.

After meeting twice with Amazon management, members of its East African workforce say they were forced to stage this rally.

What they want are safe jobs and respect for Amazon’s majority East African workforce — 60 percent of Amazon’s 3,000 workers in the area are East African. They want Amazon to be fair when dealing with them when it comes to productivity.

Workers say its hard to reach that 230 item an hour requirement because their time is interrupted when they leave the production line for prayer. Muslim workers are given paid leave for prayers breaks, a requirement by state law.

This group wants Amazon to promote workers from their majority East African workforce and to use profits to fund initiatives that address issues like lack of safe and affordable housing.

They believe Amazon should work with it’s Somali workers to reduce economic disparity in the community it heavily recruits from.

The workers are being represented by the nonprofit Awood Center. But the Star Tribune reports the two sides have not resolved their differences, which include increasing workloads and limited advancement opportunities.

Comments Off on Minnesota Now Under Sharia Law