Filmmaker Ami Horowitz: The Caravan is ‘Highly Organized,’ ‘Paid for by a Number of Organizations’

“Approximately 90 to 95% of the migrants are male.

One of the lies the fake news if you will, media is trying to propagate is the fact that all this weird organic thing and all the water and the food and medicine, all dropped from … manna from heaven. It’s bologna. It’s all highly organized. It’s paid for by a number of organizations, we don’t know exactly where the money is coming from.”

They’re coming here for one reason and one reason only. To take jobs to send money back to their own country while living free on the largesse of the American taxpayer. here is only one effective way to stop them. Treat them as foreign invaders our military has been sworn to protect our nation from. Deadly force is the only thing they understand. 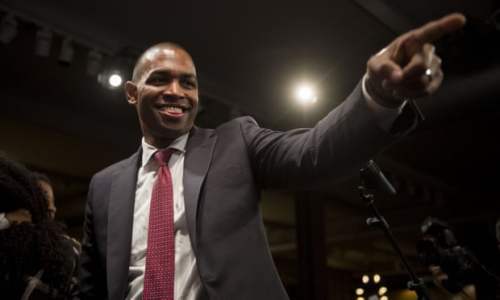 “Latino voters played a pivotal role in taking back the House,” Luján said on a conference call hosted by the Latino Victory Fund, a political action committee. He said the Latino vote was especially consequential in a handful of House races across demographically diverse Sun Belt battlegrounds: Nevada, Arizona, Florida and Texas.