If you’re a race-hustling,corrupt to the core black democrat.
xxxxxxxxxxxxxxxxxxxxxxxxxxxxxx
Maxine Waters’s Daughter Will Pocket More Than $200K For Campaign Operation
Karen Waters paid $108K for slate mailers during midterms, owed another $94K 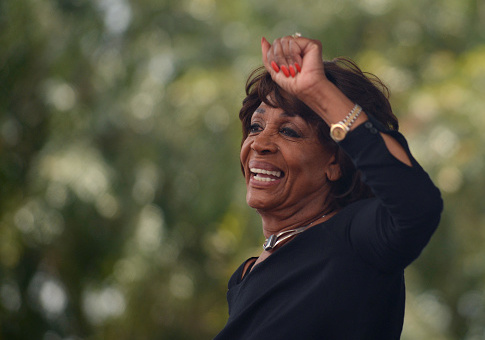 As of the end of the 2016 election cycle, Karen and her firm Progressive Connections had been paid more than $600,000 in campaign funds from the committee for the running the slate mailers since 2006, the Washington Free Beacon previously reported.

Karen received another $108,862 in payments from her mother’s campaign committee during the 2018 election cycle, FEC filings show
Gavin Newsom, who was elected governor of California, gave the Waters campaign $27,000 from his own campaign to appear on the slate mailer while Sen. Dianne Feinstein’s campaign added $27,000 in slate mailer payments
Sen. Kamala Harris has also dished out $63,000 to twice appear on the mailers. Harris first made a payment to Waters’s committee in 2010 as she was a San Francisco district attorney and running for attorney general in California.
Complaints have been filed against Waters for the practice, who appears to be the only federal level politician to run such an operation from their campaign committee.

Waters’s campaign treasurer did not respond to a request for comment on the payments by press time.
https://freebeacon.com/politics/maxine-waterss-daughter-will-pocket-200k-campaign-operation/

Comments Off on Crime Pays