PHOTO: My chiropractor took this. First sun we’ve seen in days around here!

ADOPTION, NOT ABORTION: “Adoption is a blessing for all involved. It provides needed relief to birth parents, who may not, for whatever reason, be in a position to raise a child. It fosters loving homes for children. It enables individuals to grow their families and share their love. And it fosters strong families, which are integral to ensuring strong communities and a resilient country. Adoption affirms the inherent value of human life and signals that every child – born or unborn – is wanted and loved.” – President Donald Trump, Oct 31, 2018

KAVANAUGH: The Senate Judiciary Committee has released its 414 page report about the misconduct allegations against Justice Brett Kavanaugh that came up during his confirmation proceedings. “This was a serious and thorough investigation that left no stone unturned in our pursuit of the facts,” Grassley said. “In the end, there was no credible evidence to support the allegations against the nominee.” You can read it here. 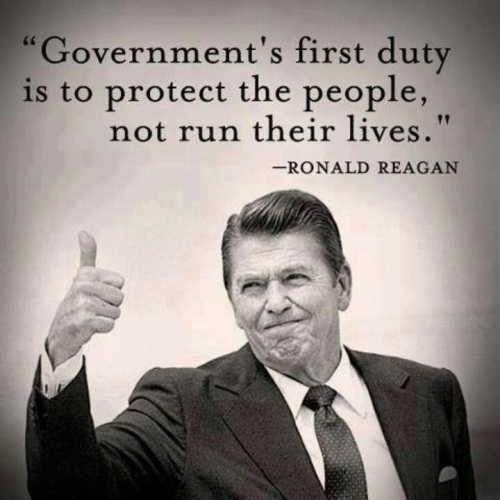 CARAVANS: The Department of Homeland Security reported this week that people from at least 20 countries—not just citizens of Guatemala and Honduras—make up the two caravan groups approaching the U.S. border. “Over 270 individuals along the caravan route have criminal histories, including known gang membership. Those include a number of violent criminals.”

CARAVANS: We’ve heard that Leftist organizations, some supported with Soros bucks, are behind these invasion units. If you’re wondering what the point is, read about the Cloward–Piven strategy. It’s a plan developed by America-haters in the 60s to overload the U.S. public welfare system.

FBI ARREST: An Iraqi refugee has been arrested in Tucson for building and teaching others how to build car bombs. This is the third arrest of an Iraqi refugee in a week.

CNN DUMBASSERY: CNN interviewed some “random” woman who told the network that former President Barack Obama’s campaigning for Florida gubernatorial candidate Andrew Gillum had influenced her vote, but there’s a catch… The “random” woman, was Andrew Gillum’s mom. So weird that she needed Obama’s approval to “influence” her decision to vote for her son. 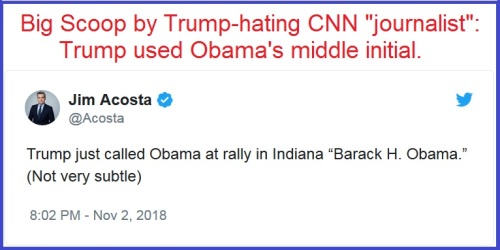 MORE CNN: CNN’s Don Lemon: “We have to stop demonizing people and realize the biggest terror threat in this country is white men.”

MSNBC DUMBASSERY: MSNBC reported on the “huge enthusiasm” shown by t-shirt wearers in New York City for the Democrat who is running against Cruz in Texas. 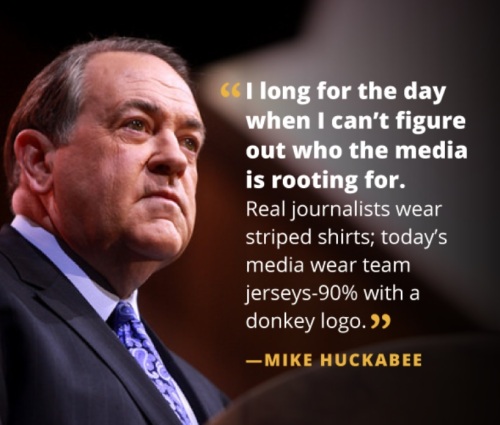 What Constitution Would That Be?

“President Trump continues to abuse the law, including constitutional rights, to deter Central Americans from exercising their lawful right to seek asylum in the United States, and the fact that innocent children are involved matters none to President Trump,” the lawsuit stated.
What is interesting is that these are people who are not on U.S. soil and people that Trump has taken NO ACTION against yet. How can you act unconstitutionally without acting at all?
https://therightscoop.com/caravan-migrants-file-lawsuit-against-trump-for-denying-their-constitutional-rights/

Comments Off on What Constitution Would That Be?

CNN reporter Randi Kaye was conducting interviews at a rally for Florida Democratic gubernatorial candidate Andrew Gillum on Friday when she “randomly” interviewed Gillum’s mother.
“We picked her randomly out of the crowd, but at the end of our interview when I finally asked her name, it sounded strangely familiar,” Kaye claimed in a voiceover.

“My name is Frances Gillum,” the woman told Kaye. “As a matter of fact, my son is running for governor.”
https://dailycaller.com/2018/11/03/cnn-random-andrew-gillum-mom/

Comments Off on This Is CNN

Have you seen this video of a wacko throwing milk on conservative students?

After the video was given to authorities, FSU released a statement saying that Shoup had been arrested.
https://townhall.com/tipsheet/timothymeads/2018/11/03/got-milk-andrew-gillums-communist-intern-arrested-for-dairy-dealing-temper-tantrum-n2534633

Take This With A Grain Of Salt

xxxxxxxxxxxxxxxxxxxxxxxxxxxxxx
Do not let down! we cannot afford to have the progress we’ve made in the face of overwhelming brutality be stopped.
xxxxxxxxxxxxxxxxxxxxxxxxxxxxx.
It won’t be a blue wave, NBC reports today, at least not if early voting is any indication. Thus far, in a record turnout, Republican voters hold the edge by a slim two-point margin in ballots already cast in the midterms. The turnout model thus far looks more similar to 2014 than 2016:

Kavanaugh Accuser Admits: I Made Up Claims of Sexual Assault to “Get Attention”

A woman who accused Justice Brett Kavanaugh of sexual assault admitted to congressional investigators she made up her claims to “get attention.”

According to a letter sent to Attorney General Jeff Sessions late Friday afternoon, Senate Judiciary Committee Chairman Chuck Grassley referred Judy Munro-Leighton for criminal prosecution and revealed her actions were part of a ploy to take down Kavanaugh’s nomination.
https://townhall.com/tipsheet/katiepavlich/2018/11/02/kavanaugh-accuser-i-made-things-up-to-get-attention-n2534477

Comments Off on Prosecute Them All

President Trump said Thursday that House Minority Leader Nancy Pelosi’s threat to weaponize committee subpoena power if Democrats win Congress is illegal and grounds for the administration to fight any subpoena all the way to the Supreme Court.

“Pelosi says she’s going to mechanize the speakership and use it as a great negotiation with the president. That’s an illegal statement,” Mr. Trump said in an exclusive interview with The Washington Times.
https://www.washingtontimes.com/news/2018/nov/1/donald-trump-says-nancy-pelosi-subpoena-threat-ill/

Comments Off on Prepare For Gridlock

A Word From Diamond And Silk

Diamond and Silk Explain Why They’re Voting Republican On November 6
Diamond and Silk, who are both former Democrats, say they became Trump supporters after they realized the policies Democrats are pushing aren’t actually helping minorities or Americans in general.

“It’s time for us to look past our skin color and realize we’re all Americans first,” said Silk.

Comments Off on A Word From Diamond And Silk

Dancing With The Devil

Democrats painted themselves in a racial corner
The Congressional Black Caucus and Nancy Pelosi are battling to see who will be the House speaker, the Hill reported. White males need not apply because Democrats have embraced affirmative action.

Democrats decided their future is using racial minorities as voting blocs to build a permanent majority after white people become a plurality sometime in 2050. Part of its marketing plan is to demonize white males. National socialist parties always need a scapegoat.
The Yiddish proverb, “Mann Tracht, Un Gott Lacht,” is true. Man plans, and God laughs.
Dividing people by race, religion, and ethnicity is a formula for disaster. Already the words “racist, sexist, homophobic, xenophobic – Islamophobic – you name it,” as Hillary put it, are a basket of meaningless epithets.
https://donsurber.blogspot.com/2018/11/democrats-painted-themselves-in-racial.html

Comments Off on Dancing With The Devil

Do you suppose he’ll ask President Trump for a pardon?
(me,stifling chuckle)
xxxxxxxxxxxxxxxxxxxxxxxxxx
Alec Baldwin Arrested in NYC for Punching a Man in a Parking Lot
Actor Alec Baldwin, known for many roles including playing President Donald Trump on “Saturday Night Live,” was arrested in lower Manhattan on Friday after punching someone in a dispute over a parking spot, according to an official from the New York Police Department.