What Are You Prepared To Do? 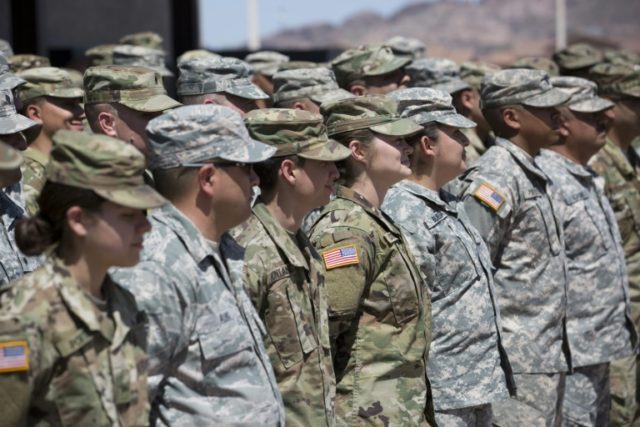 As Chrissy just posted, most of this mob are violent criminals. If they believe we will not use deadly force to stop them, they will overrun this country. The media would go berserk, but they’ll do that no matter what. Expect the few women and children to be right up front for all the cameras to see. You will not stop them with empty threats.

“We’ll do up to anywhere between ten and 15,000 military personnel, on top of border patrol, ICE, and everybody else at the border,” Trump said. “Nobody is coming in.”

Trump also said he would end the practice of “catch and release” by setting up “tent cities” for migrants at the Southern border who claimed asylum.

Trump dismissed a reporter who asked him if he was “fear-mongering” about the migrant caravan of over 4,000 people traveling through Mexico to the Southern border.

“No, not fear mongering at all,” he said. “Immigration is a very important subject.”

One response to “What Are You Prepared To Do?”