TRUMP IS HITLER: Chris Cillizza at CNN wrote, “The roots of Adolf Hitler’s rise were built around his emphasis on extreme nationalism — the idea that the only way Germany could be great again was to seize onto the superiority of the German people and drive out those across Europe who refused to acknowledge that superiority.”

BIDEN: Back in 2016, while he was still the VPOTUS, Joe Biden said of Donald Trump, “If we were in high school, I’d take him behind the gym and beat the hell out of him.”

BABYLON BEE: After a string of mail bombings targeting Democrats ended in the arrest of a Florida man, Democrat leaders announced the commencement of a brief moratorium on calling for political violence against their foes … “at least until this whole mail bomb thing is out of the news cycle.” But, “once all this blows over, we will resume demonizing our opponents and calling for mobs to harass people we disagree with in public.”

MEDIA SLUTS: Remember that time the American media was consumed with news that envelopes containing ground castor beans (the substance from which the deadly poison ricin is derived) had been sent to President Trump, FBI Director Christopher Wray, Defense Secretary Jim Mattis and the Navy’s top officer, Adm. John Richardson? Me neither. But sheesh … who can remember all the way back to October 2?

TIME’S UP, DEMOCRATS: When Democrats failed to block the Civil Rights Act of 1964, Democrat President LBJ is reputed to have said that his signing of it “would keep niggers voting Democrat for 50 years.” 1964 + 50 = 2014.

HILLARY: This is from the 2016 campaign season. If the candidate collapsing had been a Republican, this man would have been on every morning and evening news show and every t.v. and radio talk show. It’s especially interesting that he was on Hillary’s protection detail for eight years.

Privacy-friendly alternatives to Google that don’t track you!

I’ve been using Duck Duck Go for a few weeks now and like it just fine. I subscribed to Vimeo’s feed on Facebook (which sadly is just too much a part of my life to quit). And I’m planning to leave gmail soon.

The Mutual Admiration Society for Journalists

Having lost their “honest-broker” status and formed into a group with identifiable biases – ones that were always there but which are now unchecked and on the surface – they have opened themselves up to credible attack, which they are getting from President Trump.

And they don’t like it at all. But Trump’s attacks wouldn’t resonate – and he’d cut it out – if so many people didn’t perceive it as the truth. And yet journalists will take no responsibility for any of this.

And so, having taken to the battlefield instead of just covering it, they end up reinforcing each other with love, as in this video nicely compiled by the Washington Free Beacon.

The Lowest Of The Low

This will be played non-stop for the next ten days … guaranteed.

If you wanted to know why people no longer take CNN seriously, look no further than this chyron. 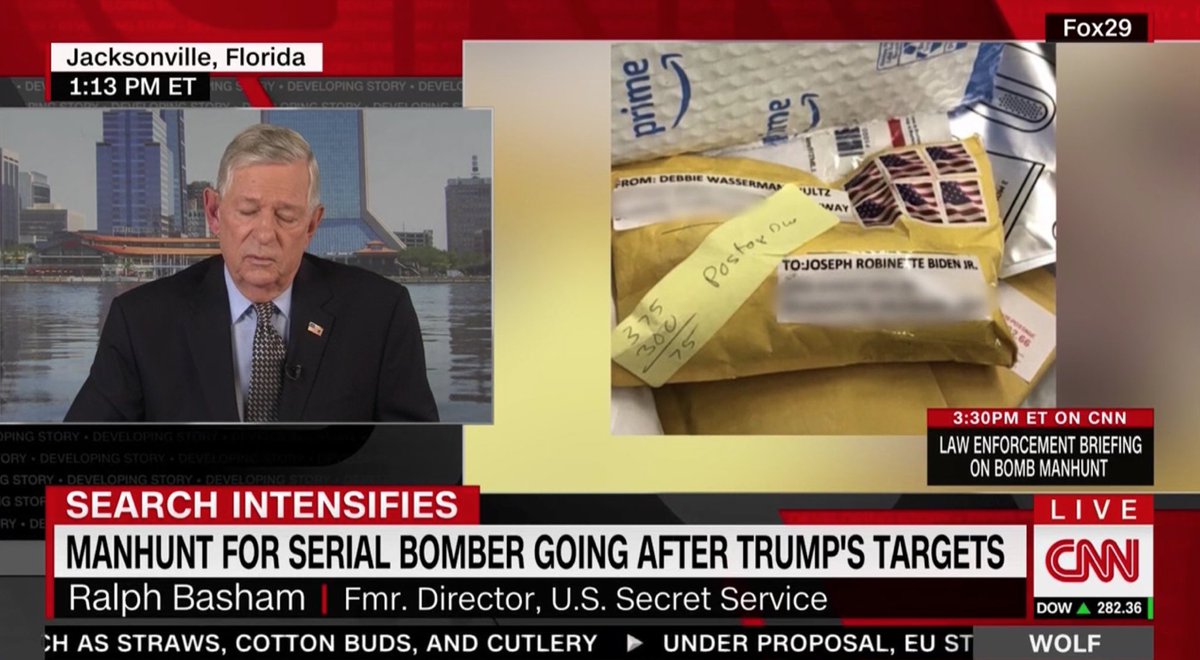 Here is a chyron from just 2 days ago

CNN doesn’t even try to fake it.

CtH: “So, Mr. President, do you still beat your wife?”

Comments Off on The Lowest Of The Low

The Supreme Court gave President Trump the power to bar immigration from any country in the interest of national security.  He needs to back it up with a show of force and a willingness to follow through.

These invaders and the democrats who have been funding them all along don’t think he has the nerve to use force. One thing is certain: they are craving a showdown just before the midterms.

President Trump may use executive order to completely shut down border.

“The administration is considering a wide range of administrative, legal and legislative options to address the Democrat-created crisis of mass illegal immigration. No decisions have been made at this time. Nor will we forecast to smugglers or caravans what precise strategies will be employed,” a White House official told NBC News.

Me, Myself and I, Claudius

Grand Emperor, Barack I, regaled the citizens of Obamastan yesterday with tales of his greatness. Palm fronds were not strewn under his feet, but only because they’re out of season right now.

He’s his own biggest fan. Third quarter GDP was announced today. The 3.5% growth rate was double the Obama GDP. Obama took credit for it.

Lou Dobbs put together a string of Obama talking about his favorite person.

Comments Off on Me, Myself and I, Claudius

The Method To Their Madness

Not exactly madness, really. More like treachery and a grand scale coup. It is no secret why democrats have been pushing for open borders for decades. You keep hearing the number 11 million quoted as the illegal population here presently. They are undocumented, so there’s no real way of knowing. My guess is the number is closer to 40 million. There are tens of thousands more parasites, over 80% military age men are surging toward our border. This is their endgame.

“The defendants were members of an organized voter fraud ring and were paid to target elderly voters in certain northern Fort Worth precincts in a scheme to generate large numbers of mail ballots, then harvest those ballots for specific candidates,” NBC DFW reported.

Comments Off on The Method To Their Madness

Some Things To Ponder

If you retain your capacity for logical thinking — if you didn’t, I doubt you’d be here — this should give you an idea what’s going on.

Comments Off on Some Things To Ponder

Sorry, folks … I need to vent. This whole charade has “democrat con job” written all over it. That cowardly worm Jeff Sessions crawled out of his hole yesterday to announce an arrest had been made in the phony bombs that were sent to top democrats. The FBI claimed the bombs were “not hoaxes.” Deep state to the end.

These bombs were all delivered in ONE DAY without sufficient postage, addresses misspelled, and without postmarks to show they were ever sent from a post office.

Then, as some kind of gift from a perverse god … VOILA! His van shows up with brand new Trump stickers all over it, even though they were supposedly there for two years. Miraculously he was never cited for obstructed vision due to the political wallpapering.

I took my wife for a Friday fish fry last night and the restaurant had CNN on the television with closed captioning. The entire panel tried to hide their glee as they sang from the “It’s All Trump’s Fault” hymnal. This was all due, they claimed, to Trump’s “violent rhetoric”, meaning he didn’t take their shit and whimper the way the Bushes did. He fought back.

This is supposed to negate the two years of unbridled, ceaseless, maniacal savagery the left unleashed when Trump defeated their anointed “first female president.” The attempted assassination of Rep. Steve Scalise, the assaults on republicans in public restaurants, attacks by well-funded mobs against anyone they think supports the president. This sham evens everything out and they feel steeped in righteous indignation while trying to stifle their chuckles.

What is certain is that this stunt will fuel the next 240 hours or so of non-stop, wall-to-wall coverage of the Blame Trump chorus. Eric Holder exhorts the mob to “go lower.” That vile racist pig from Watts demanding the homeys attack republicans everywhere and tell them they’re not wanted. If they pull this off and manage to perpetrate enough fraud to win the House in 10 days it will be the end of the resurrection of America the Beautiful.

Bombing suspect claimed he didn’t want to hurt anyone, but FBI Director says he could have

Comments Off on Something Still Stinks