YOUNG BLACK LEADERS CONFERENCE: Click on this to see how these young blacks greeted President Trump! I had to turn the sound way down. LOL

PANTS ON FIRE: “Throughout human history, certainly throughout American history, politicians have exaggerated…But what we have not seen before in our recent public life is politicians just blatantly, repeatedly, baldly, shamelessly lying. Making stuff up.” – Utterly blatant, repeated, baldly shameless liar and former president, Barack Obama, October 26, 2018, winner of Politifact’s 2013 Lie of the Year Award for the oft-repeated, “If you like your doctor, you can keep your doctor. If you like your healthcare plan, you can keep your healthcare plan.” Then there were the infamous claims that ISIS was the “JV Team” and that the Benghazi terror attack was caused by an “Internet video.” Just to name three.

SPEAKING OF LIARS: In a partisan effort to derail Kavanaugh’s confirmation to the Supreme Court, NBC News not only published uncorroborated smears against him, but also buried of a legitimate story that backed up Kavanaugh’s innocence and his claim that there was a coordinated campaign at work to personally destroy him.

ULTIMATE TIC TAC TOE: Folks often say Trump is playing 3D chess, but this games guru says he’s actually playing ultimate tic tac toe. I had never heard of the game before, but it’s really interesting (Thanks Mindful Webworker!) The author says, “Ultimate tic-tac-toe is a superbly tidy distillation of the strategy of distraction, delay, misdirection, procrastination and improvisation. This is a game of past and present. While chess offers a singular goal — capture the opponent’s king — ultimate tic-tac-toe offers fluid, shifting goals.” And also, “Playing a few games of ultimate tic-tac-toe makes you feel in your very guts what it’s like to be a close watcher of the last two years of news cycles. (I’d have to assume it feels like that inside the White House, too.)”

CARAVAN: The illegal alien caravans marching to the US border were not spontaneous, grassroots events, but were preplanned and funded by several anti-America borders organizations, including George Soros’s Open Society. 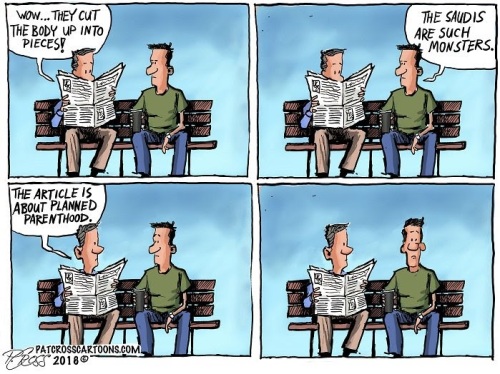 GOSNELL: Changing minds and saving lives. Los Angeles based entrepreneur Patrick Courrielche said the film “singlehandedly changed my mind on abortion.” A group of moms was so moved and motivated by the film that they decided to go and stand at a nearby abortion clinic with their small children. There they met a woman going for an abortion and, with their babies, they inspired her not to go in. Find a theater near you.

MEDICAID APS DOWN: The strengthening economy has resulted in a drop in new Medicaid enrollment applications. I remember when Obama et al. cheered a rise in applications for unemployment benefits and food stamps, so I’m guessing they’re all sad face about this news. Or taking credit for it. I get confused which way we’re supposed to go with them. Is it “bad economy is previous president’s fault” or “persistent bad economy is good” or “good economy is previous president’s blessing upon the nation” or “good economy is bad because people need time to dream.” Libs are really confusing.

GOOD READ: “Americans aren’t fools. They have a good sense of smell when things aren’t right. And one of the things wrong with our country right now is the hollowing out and retooling of all the key words in our country’s public lexicon; words like democracy, representative government, freedom, justice, due process, religious liberty and constitutional protections. The language of our politics is the same. The content of the words is different.” – From an address delivered by Archbishop Chaput at the 2016 Bishops’ Symposium, “Reclaiming the Church for the Catholic Imagination.” 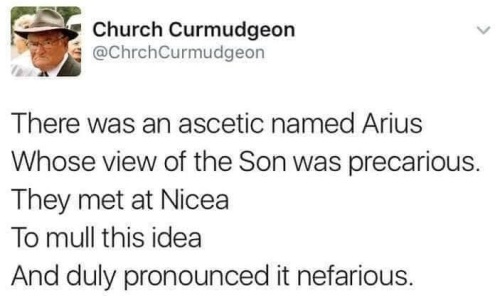 When Did Trump Call For Violence?

After a series of faux bombs were mailed to prominent Democrats, President Trump called for unity, saying this is a time where we do need to come together and put our partisan divides aside because we don’t want to see an escalation of violence in our country, dividing us at political lines.

Did Democrats pick up the ball and agree with his condemnation of violent political actions? They did not. They just blamed Trump for unspecified calls to arms.

In addition, they have not condemned the frequent violence that their own supporters have perpetrated against Republicans. Did even one Democrat leader say anything like what Trump said after his Press Secretary was driven out of a restaurant? How about when lawmakers were accosted and verbally abused for supporting Brett Kavanaugh?

What I can’t figure out though is WHEN did Trump ever say anything even remotely as bad as what Democrat leaders have been saying and continue to say on a regular basis? Can anyone help me with this?

Top 5 Most Violent Obama Quotes Ever

“If we are fortunate enough to win back the House and or the Senate, that’s when civility can start again. But until then, the only thing that the Republicans seem to recognize and respect is strength.” – Hillary Clinton

“When they go low, we kick them.” – Eric Holder

“If you see anybody from [the Trump administration] in a restaurant, in a department store, at a gasoline station, you get out and you create a crowd! … Tell them they’re not welcome anymore, anywhere!” – Maxine Waters

Democrats should “fight in the streets against Trump.” – Tim Kaine

“They’ve marched, they’ve bled and yes, some of them died. This is hard. Every good thing is. We have done this before. We can do this again.” – Loretta Lynch

Please note that if I included all the calls to violence by left-wing celebrities and media talking heads, this post would be way too long. Some of it is outlined here:

Comments Off on When Did Trump Call For Violence?

LIB BOMB: “Ten or more alleged pipe bombs were mailed to high profile Democrats, causing huge explosions of moral outrage and accusations from the Left, even though the “bombs” appear to have been about as dangerous as Tinker Toys. In other words, the bombs functioned perfectly – because the likely intent was to disrupt the news cycles and throw the upcoming midterm elections into a state of chaos.” – Stilton Jarlsberg

HE’S A REPUBLICAN: The Lefties blaming Trump for the bombs must be over the top with glee that the guy who has been arrested is a registered Republican with a bajillion Trump stickers on his van. He also has a rap sheet a mile long, but who cares? It’s not like when Gabby Giffords’ shooter turned out to be a rabid Democrat. Cuz then it was all about how MENTALLY UNSTABLE he was. I’m guessing the Left Stream Media will also totally ignore the fact that the guy is Native American. I’m flipping a coin about where they go with the other interesting factoid about this whack job — i.e., he used to be a stripper. UPDATE: “Spox for Seminole Tribe of Florida: “We can find no evidence that [this guy under all his aliases] is or was a member or employee of the Seminole Tribe of Florida.” So I guess that means he’s a blood brother of Fauxcahontas, right?

WHERE WAS THE LEFTIST ANTI-VIOLENCE OUTRAGE? I’ve read that the “bombs” had no detonators and that the white powder was harmless. Not so the intentional torching of another vehicle bearing Trump stickers that occurred earlier this month.

INFURIATING: CNN’s liberal bias is so overt and obvious these days, you don’t even have to hear the journalists speak. Just read the chyrons. Newsbusters shows a series of CNN chyrons that overtly blame Trump for the mail bombs. Funny how NOBODY blamed Bernie Sanders after one of his supporters attempted the mass slaughter of Republican Congressmen at a baseball field.

INCITING VIOLENCE: The Left is ranting about Trump’s rhetoric inciting violence, even as they dismiss their own calls to violence as being “rhetorical” and “protected” free speech. Meanwhile, The New York Times published a story that depicts the assassination of Trump by a Russian agent with the help of the Secret Service.

You Knew This Was Coming

Keeping the heritage of corruption and theft.

Chelsea Clinton on Political Office: ‘If Someone Steps Down or Retires’

Oh come on. We know you’re trying to make a name for yourself. You’re a Clinton and Clintons thrive on politics and living in a position of power.

We have detailed the promotions of Chelsea like when she won the “Power of Women” Award from Variety and Lifetime Network. She wrote the book She Persisted and has a spot on the board of directors at Expedia.

Chelsea is drowning in interviews now to promote her latest book, Start Now! You Can Make a Difference, which encourages “young children to think critically about everything from the environment to bullying.”

Comments Off on You Knew This Was Coming

No Thanks! Megyn Kelly Wants to Go Back to FOX News 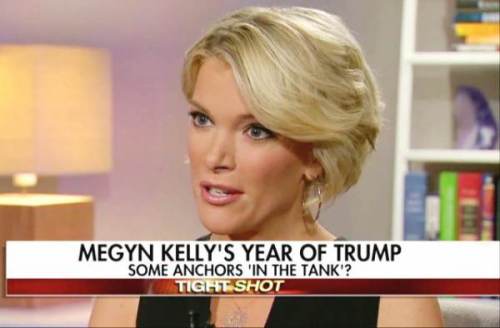 Megyn Kelly was fired from NBC today after the embattled host made remarks in which she defended blackface on Today. NBC executives said she will never be seen on the Peacock channel again.

Now there are rumblings that Megyn Kelly wants to return to FOX News.

Comments Off on Burning Bridges

There is an army of trolls poring over comments looking for things that “violate community standards.” Trouble is, it’s always conservatives who get suspended. Babylon Bee is satire, but this is more like simple truth.

Zuckerberg vowed to continue to delete memes, pages, and posts the leftist-run company does not like, until the platform is completely secure from election meddling by Americans with a different perspective than his own.

Comments Off on Keep US Elections Safe From Unapproved Opinions

The refugees have complex motivations, but the vast majority simply want to see everything socialism has to offer after suffering the amazing benefits of capitalism for too long.

Caravan organizers dispelled rumors that they were funded by Bernie Sanders, claiming the caravan was an organic grassroots movement.

At its current pace, the caravan is expected to arrive just in time for Venezuela to run out of food entirely.
https://babylonbee.com/news/caravan-of-liberal-americans-makes-way-toward-socialist-paradise-of-venezuela

Comments Off on Democrats Heading South