Two weeks before the midterms,democrats falling behind. Suddenly all top democrats get “suspicious packages.” None of them detonate. One has stamps, but no postage marks. Return address is to Wasserman Schultz.

THIS IS A SETUP!!! NOTHING EVER HAPPENS TO DEMOCRATS BY ACCIDENT. PHONY BOMB SCARES, TENS OF THOUSANDS INVADING FROM THE SOUTH. THEY’RE PULLING OUT ALL THE DIRTY TRICKS.

Why the Obama-Clinton-CNN bomber will likely be caught quickly

Bomb sent to DNN came with envelope of white powder

We’ve given our new format a good, long go and now we’d like to hear back from all y’all.

The reason we switched from “show every post in full” to “show a few inches then a Continue Reading button” is that some readers wrote and asked for it. But now we’d like to know whether it’s working well for you.

Does the site load better for you? Do you actually click Continue Reading and, you know, continue reading? Or do you wish we’d go back to the “show every post in full” thing? Respond in comments if you can.

I hear WordPress can be cranky about that, so if it’s not in a good mood today, you can go to our Facebook page @ https://www.facebook.com/PoliNation-142520909145685/ or send me an email @ ChrissytheHyphenated@gmail.com. Thanks!!

This Is Pure Evil

It’s not what you think.

Obama tried to force Christians to embrace this perversion. The tables have been turned and the snowflakes are pissed. 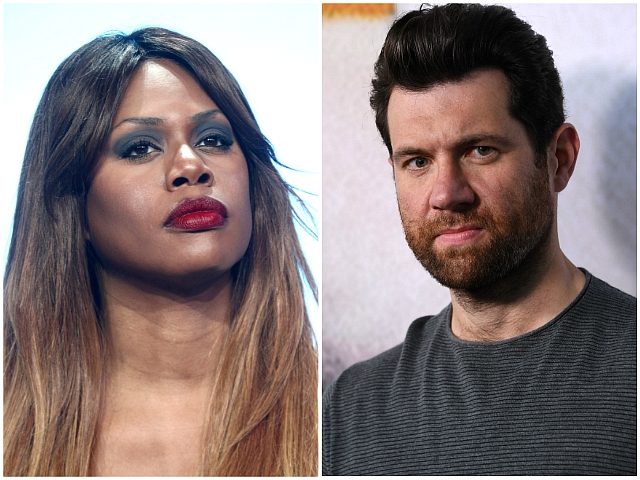 Trans actor Laverne Cox told Variety that “Besides nuclear war and our president being an agent of Russia? For the trans community, with our previous president so much progress really happened, and most of the progress has been rolled back.”

Comments Off on This Is Pure Evil

The Camel’s Nose Under The Tent

Anybody can see the endgame here. Bring in enough illegal parasites to flood the system, fund it with taxpayer money and establish a permanent one party system with democrats in control.

Now that the illegals are registered and ready, they will be voting in November.

This is just the beginning. The Democrats will take this victory and fight for illegals to vote in state and federal elections.

The Democrat party cares not for taxpaying American citizens. They cater to illegal aliens. They are turning the illegals into one huge voting block in order to permanently entrench the Dem party as we are seeing with this move to allow non-citizens to vote and other ‘motor voter’ laws.

Comments Off on The Camel’s Nose Under The Tent

As P.T. Barnum said: ‘there’s one born every minute.’

$10K sleep coaches are like personal trainers for your dreams

Sleep coach Christine Hansen caters to high-end clients. The Luxembourg-based coach charges up to $10,000 for a daylong session, including life coaching and dietary tests to determine whether sleep problems may be linked to food issues.

“Sleep is the new hustle,” says Kuczkowski, who runs a 2,000-square- foot “sleep center” called Start With Sleep in Buffalo and charges her clients — “financial professionals, lawyers, doctors” — up to $1,100 for a four- to six-week program, not including the accessories for sale in her store. If the solution falls outside her holistic scope — she’s certified as an integrative adult sleep coach — she will refer clients to a medical professional.

Winning By Any Means

Judicial activism is still the most potent weapon democrats have.

A New Hampshire judge on Monday put on hold a law requiring some voters to present proof of residency when they register, saying it would lengthen lines at polling places and make it difficult for students, disabled voters and others to cast ballots.

Make it harder for illegals to vote,too.

“This law undermines our state’s reputation for holding free and fair elections, and it hurts our democracy,” she said in a statement.

CtH: How exactly does this ensure FAIR elections?

It is frightening that this woman won the Democratic nomination for governor of Georgia. She defaulted on every credit card she ever got, calling them “little slivers of magic” (sic) and owes more than $200,000 in back taxes. She feels qualified to run a state budget. She’s also an anti-American pig.

An article from the Atlanta Journal-Constitution shows Abrams torching the flag in a photograph. A 20-year-old senior at the school told the paper that the protest was designed to “send Georgia’s racist past up in flames,” and “fight fire with fire. … Burn, baby, burn!” No arrests reportedly occurred at the protest.

This was highly predictable.

“This movie really exposes something that the Left does not want to report about,” Nick Searcy, the film’s director, told PJ Media in an interview Tuesday. “They’re basically trying to ignore this movie. They’re trying to say that it doesn’t exist because they don’t want to have a discussion about abortion.”

Searcy argued that abortion is tantamount to a “sacrament” on the Left, so any story that paints it in a bad light must be silenced

CtH: For Satan worshipers, abortion actually is a sacrament.

Why Does He Still Have His Credential?

Slimy, belly-crawling reptile Jim Acosta is working hard to land the middle chair on CNN so he’s trying to be even more despicable than his co-conspirators … no mean feat.

CNN’s Jim Acosta asked President Trump today if he was signaling to racists that he was a “white nationalist” by calling himself a “nationalist.”

This is the latest Trump “scandal.” Lots of reporting on it. The press seems never to tire of finding new ways of making the president seem like a hateful, horrible person. Such stories make them feel good, like comfort food and narcotics.

Trump said he meant he was a proud American and liked to stand up for the country.

That is, what he meant was that he is a nationalist.

Merriam-Webster says, “Nationalism: loyalty and devotion to a nation.”

Still dishing the self serving garbage to the useful idiots

Obama, who was in Nevada supporting Democratic Senate candidate Jacky Rosen, reflected on his own administration, saying, “When I walked into the Oval Office 10 years ago, we were in the middle of the worst economic crisis of our lifetime, the last time the other party was in charge.”

“I hope people notice,” he continued, “that every time there is a pattern where they [Republicans] run things into the ground, we have to come back and clean things up.”

Economist Stephen Moore had the answer

Top US Economist Confirms Obama Did Have an Effect on This Economy: “It’s the Effect that Barack Obama is No Longer President of the United States!”

Comments Off on Obama Being Obama