There was a post on my Facebook feed from a local politician running for state rep. I commented why is it that some candidates will not declare their political affiliation. It’s a culture of lies and deception to achieve an end. So it goes in Wisconsin. 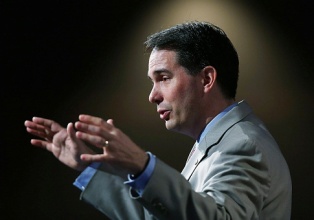 The Democratic candidate hauled in $714,511 from committees throughout the month, $611,000 of which came from union-affiliated committees.

“Tony Evers is nowhere to be found in Wisconsin—probably because when he does come out from hiding it’s usually to tell voters all of ways he will raise their taxes to pay for his reckless spending plan,” said Alec Zimmerman, the spokesman for the Wisconsin Republican Party. “Instead of taking his campaign directly to the people of the state, Tony Evers seems content to spend his time pandering to his far-left base in Madison and begging for support from big-government special interests.

Comments Off on Democrat Hide and Seek