From a Puppy to a Pit Bull

Susan Collins, who I’ve often referred to as ‘The Maine Pain’ for always siding with the Democrats when they needed her, gave a stirring speech before Kavanaugh’s confirmation hearing that left those who thought her vote was in their pocket stunned. They do not handle independence well.

Susan Collins slams those against Kavanaugh trying to ‘buy votes’ 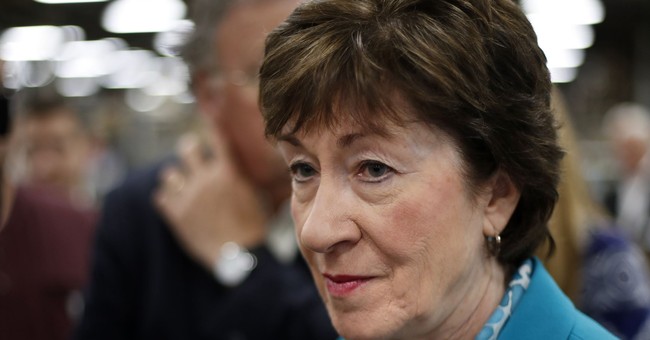 Sen. Collins describes illegal bribes and threats of liberal groups that tried to buy her and it’s jolting
A website went up over these last couple of weeks collecting funds for whoever your opponent may be in 2020,” Pelley said.

Collins denounced the fundraising tactic as a blatant and illegal attempt at bribery.

Comments Off on From a Puppy to a Pit Bull