Invasion of the MONSTER mosquitos: North Carolina resident captures horrifying moment a swarm of the giant bugs from the Hurricane Florence floods surround her car while stuck inside with her daughter

A plague of monster mosquitoes descended on North Carolina in recent weeks, spawned from floodwaters left behind by Hurricane Florence.

Resident Cassie Vadovsky returned home from picking her four-year-old daughter up from school last Tuesday, when an army of the blood-sucking insects swarmed the family’s vehicle and left the pair trapped inside for some time. 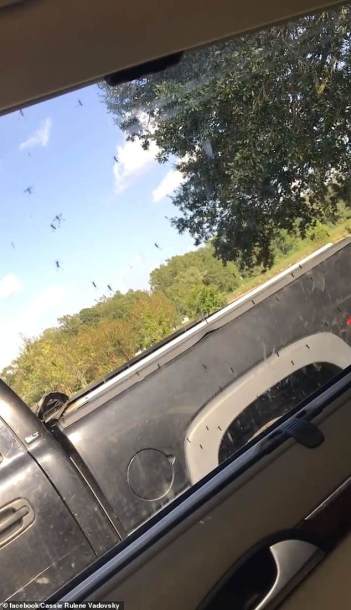 Comments Off on Man Eater Skeeters