Why isn’t this vile leprechaun still touring the country in a pickup truck with Janet Reno? 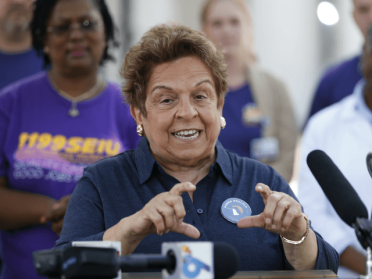 Her Republican opponent, Maria Elvira Salazar, 56, is a well-known former Spanish language television reporter who has ‘been savvy in attracting free media,’ ” the Herald noted.

“Salazar . . . has been remarkably efficient in using her name strength in Congressional District 27 to her advantage, and has turned this into a competitive race,” the Sunshine State News reported, noting that “the district is heavily Latino, with 57 percent of the registered voters being Hispanic. Salazar also has an edge beyond her name advantage — she can campaign comfortably in the area to most audiences because she is bi-lingual; Shalala is not.”

3 responses to “Democrats Counting Their Chickens”