Why Are They Still Here?

You can probably figure it out if you think about it.

Why these 9/11 monsters still haven’t faced a trial

Seventeen years after they helped murder 2,977 innocents in the worst terrorist attack on US soil, five 9/11 suspects — including self-avowed mastermind Khalid Sheikh Mohammed — have not faced trial. 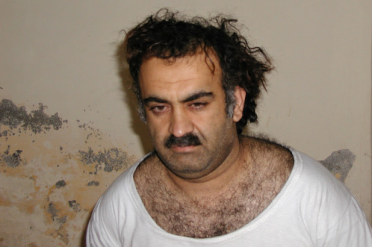 Prosecutors are seeking the death penalty for all five men and have attempted for years to try the case, but a constantly shifting venue, questions over coerced evidence and the limitations of holding trials at Guantanamo Bay have slowed the case to a crawl.
The US had captured Mohammed and the four accomplices by 2003. They were shuffled among CIA “black sites” for interrogation before being arraigned in 2008.

But President Barack Obama suspended the case when he entered office, and in 2010, the Pentagon dismissed the charges without prejudice, meaning the men could be charged again later.

3 responses to “Why Are They Still Here?”