The Rest of the Story

Once upon a time, a university professor spoke out against political correctness. Student activists organized against him. They encouraged students to boycott his classes. They disrupted his lectures, shouting him down, threatening him and denigrating him. He was forced to give up his academic chair.

He said he was helpless “against the murderous bellowing of youngsters who accept no individual responsibilities but pose as spokesman for a group or an impersonal ideal, always talking in the royal ‘we’ while hurling personal insults … and claiming that everything is happening in the name of what’s true, good and beautiful.” 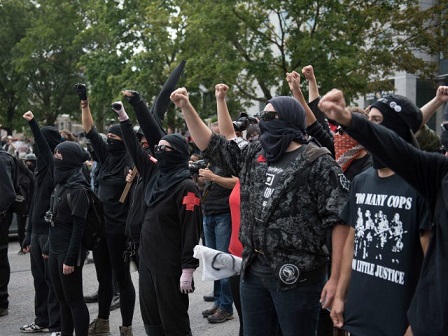 Here’s the rest of the story.

The student activists were Hitler Youth.

2 responses to “The Rest of the Story”