It’s a lost cause for the Democrats, but they have to try.

Klukowski: Democrats’ Demand for 1 Million Documents on Kavanaugh Is Obstruction 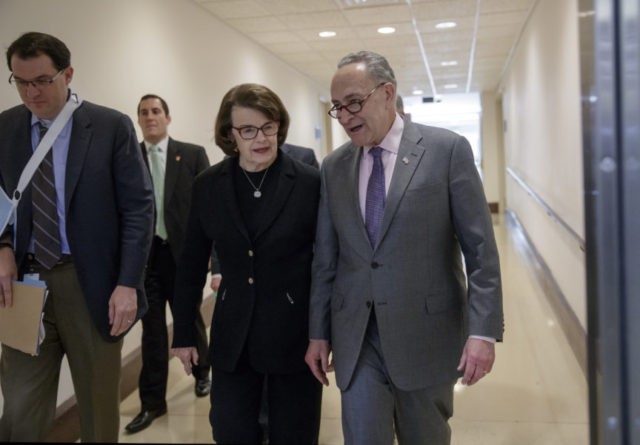 But this is merely an obstructionist tactic to push his confirmation into 2019 to harm Republicans in the midterms, and hoping to retake Senate control so they can keep the Supreme Court seat open until 2021, after the next presidential election.

CtH: IOW, they’re willing to leave the Supreme Court seat empty until 2021, meaning many controversial issues will be hung up in 4-4 ties and screw the citizens waiting for their cases to be settled.

According to Politico, McConnell told Capitol Hill Republicans at meetings on Tuesday and Wednesday if the left persisted in these requests, he would delay the vote on Kavanaugh until late October or November, forcing vulnerable red state Democrats to vote up or down on Kavanaugh just before voters go to the polls.

2 responses to “Supreme Tug of War”