BINGHAMTON, NY—League officials confirmed Thursday that Double-A baseball player and devout Christian Tim Tebow has been suspended for using performance-enhancing Bible verses both on and off the field.

Tebow was spotted injecting the encouraging Bible passages into his morning devotional in the team’s locker room and was reported to appropriate authorities. He is barred from playing in the league until a full investigation of his Bible-reading activities can be conducted.

“The league has a zero-tolerance policy on Bible verses that inspire and encourage a player to do his best and play for the glory of God, and thus bestow an unfair advantage,” league investigator Mack Columbeau said in a press conference. “We will be looking into this matter objectively and completely before rendering a final judgment on Mr. Tebow. If he has violated league policy, he’ll be punished appropriately.” END_OF_DOCUMENT_TOKEN_TO_BE_REPLACED 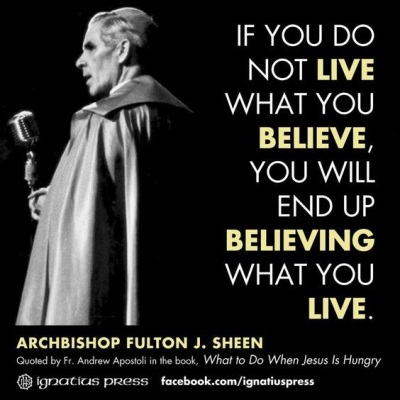 “Back in 1975, they assailed the nomination of John Paul Stephens. They said he lacked impartiality and opposed women’s rights … So these far left groups have been at the same scare tactics for over 40 years,” McConnell said. “We should treat this process with the dignity it deserves.”

END_OF_DOCUMENT_TOKEN_TO_BE_REPLACED

A Window to the Soul

Remember those two subhuman savages who stopped just short of killing a young handicapped man who had befriended one of them while two sisters streamed it live on Facebook and laughed as they did?

One of the two was sentenced last week to eight years in prison. The headline in the Chicago Sun Times that day said the judge gave him a tongue lashing before sentencing him. Here’s what the judge said:

“Every time you take an act like this particular terrible act against this young man who couldn’t defend himself, you spit on the graves of all these folks that surround you in this courtroom,” the judge said. END_OF_DOCUMENT_TOKEN_TO_BE_REPLACED 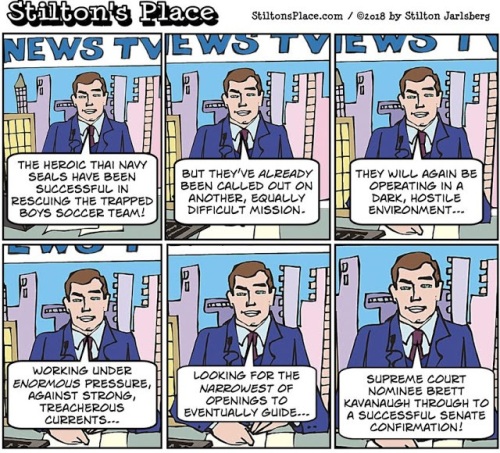 Per the cartoon above, we do expect Brett Kavanaugh to be dragged through Hell and high water before his eventual confirmation as a Supreme Court Justice.

But our real purpose in combining these two stories is to celebrate these two very different but deeply inspiring occurrences. The amazing rescue of a boys soccer team from a nightmarish, water-filled cave renews our hope for mankind in general. Support came from around the world to save these young lives, and the courage and sacrifice of those involved is humbling and awe-inspiring. END_OF_DOCUMENT_TOKEN_TO_BE_REPLACED