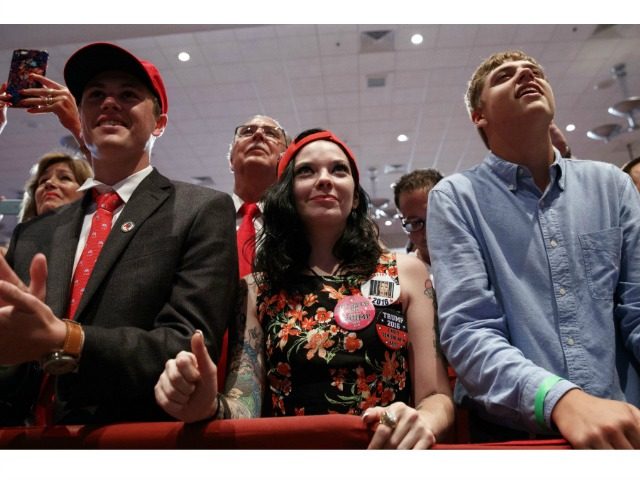 DEMOCRATS HAVE COMPLETELY THROWN AWAY THE WHITE VOTE. SOME PEOPLE ARE CATCHING ON TO EXACTLY WHAT THE SOCIALIST PARTY IS ALL ABOUT.

Young white Americans, in 2016, favored Democrats over Republicans in 2016 by a 47 to 33 percent margin. Since Trump’s election — and his booming economy which has secured high-paying jobs and record job opportunities — young white Americans’ favoritism for Democrats has disappeared.

Maxine Waters, the Democrat Party icon and ‘rock star’ drew a crowd of seven people for an event in Inglewood. The ‘crowd’ included four students, two teachers, and one school counselor. They either felt sorry for her or they are just diehard supporters.

This event was held at St. Mary’s Academy. That is the district she represents but doesn’t live in. She lives in a mansion in a nice neighborhood.

Nearly 200 black female leaders and allies outside of Congress have signed a letter calling on top congressional Democrats to defend Rep. Maxine Waters after she was criticized by members of her own party for urging people to protest President Donald Trump’s Cabinet members in public spaces

The following was added by CtH … cuz I had a bunch of stuff filed under “Maxine’s Ilk” that fits in with what Pete posted.

SOW THE WIND: President Trump recently called Maxine Waters “the face of the Democrats.” Conrad Black at National Review described her as “the egregious and inexplicably prosperous African-American foghorn of racist demagogy for decades from the Great Arsenal of Political Stupidity, California.” She claims she didn’t TELL anti-Trumpers to go out and get violent. You keep talking, Maxine, and you’re going to get someone killed.

HERE IS A BRIEF RUN DOWN OF HOW MAXINE’S ILK CELEBRATED INDEPENDENCE DAY THIS YEAR.

TEXAS: A 30-year-old liberal decided to punish a 16-year-old boy for wearing a MAGA hat to a Texas Whataburger restaurant on the 4th of July. He threw a drink at the boy and stole his hat. Video hit the internet, the jerk was identified, and his employer told him not to show up for work again ever.

FLORIDA: A Florida man was watching fireworks in his driveway when someone stopped and started yelling at him to remove his Trump flag. When he said no, the driver punched him in the face, then drove off with the guy’s arm stuck in the car. The man, who was dragged for about 30 feet said, “I have some bumps and bruises that I don’t think you want to see.”

NEBRASKA: GOP headquarters vandalized by some of those “tolerant” leftists who preach to us about “civility.”

NEW YORK: A woman wearing an anti-Trump T-shirt and spouting anti-ICE sentiments climbed the base of the Statue of Liberty on Independence Day, sparking a mass evacuation of Liberty Island and a nearly four-hour standoff with first responders before she was taken into custody.

Jim Geraghty noted, “In order to defend liberty, Okoumou risked damaging the Statute of Liberty; to help her country, she concluded she had to disrupt the Fourth of July events at an iconic national park. To demonstrate her commitment to justice, she threatened to push the ladder of law-enforcement officers. To fight back against the stereotype that immigrants are dangerous and have no respect for the law, the Congolese immigrant did something dangerous and against the law.”

She’ll be tried in a federal court for multiple misdemeanors.