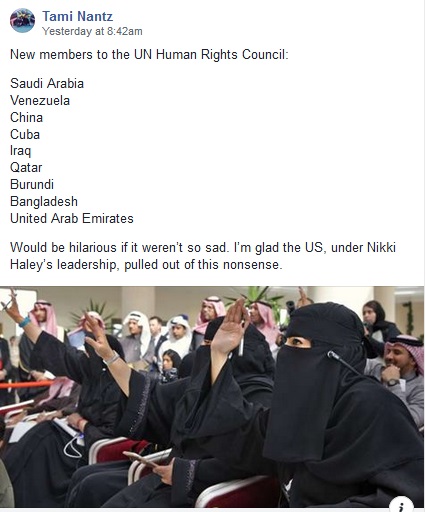 Our UN Ambassador Nikki Haley confirmed Tuesday that the US will be exiting the United Nations Human Rights Council.

“We did not make this decision lightly. When this administration began 17 months ago, we were well aware of the enormous flaws in the Human Rights Council,” she continued. “We could have withdrawn immediately. We did not do that. Instead, we made a good faith effort to resolve the problems.”

Citing the body’s record of failing and neglecting its titular mission, Haley blasted the council, which has promoted abortion and the LGBT agenda, as “a protector of human rights abusers, and a cesspool of political bias.”

“I want to make it crystal clear that this step is not a retreat from our human rights commitments,” Haley stressed. “On the contrary. We take this step because our commitment does not allow us to remain a part of a hypocritical and self-serving organization that makes a mockery of human rights.”

Comments Off on US to Exit UN Human Rights Council