This week, TIME used a photo of a child who had not actually been separated from her illegal mother to slam President Trump. But photos like the one I used for my photoshop below, that have been circulating the internet to condemn Trump, were actually taken while Obama was in office. I don’t read TIME, so maybe I missed their version of my photoshopped cover. But I doubt it. 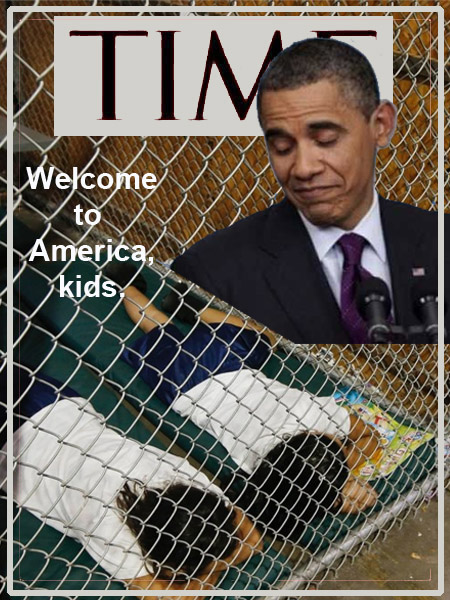 4 responses to “The TIME Magazine Cover You NEVER Saw”