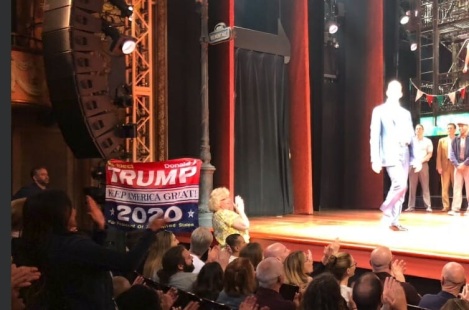 KARMA: At the end of a performance of Robert DeNiro’s Broadway play, a member of the audience stood up and started waving a flag reading, “Re-elect Donald J Trump 2020” and “Keep America Great.” Another member of the audience tweeted, “It’s sad that people can’t enjoy a beautiful show and embrace its unifying message without politicizing it.” Yeah, it was sad … that Robert De Niro had to politicize the Tony Awards show with his “F**k Trump” tirade. At least flag guy waited until the show was OVER before he pulled his stunt. END_OF_DOCUMENT_TOKEN_TO_BE_REPLACED

WHITE HOUSE STATEMENT: The Trump Administration did not create a policy of separating families at the border. Sec. Nielsen tackled misinformation at today’s press briefing.

END_OF_DOCUMENT_TOKEN_TO_BE_REPLACED

Comments Off on Immigration, Part Two

Yesterday, President Trump called for Democrats to get their thumbs out and help FIX the immigration mess. Today, I got this email from Catholic Vote.

The southern border of the United States is a mess. Our laws are outdated, and the enforcement of these laws has been chaotic, inconsistent, and unpredictable for decades. As a result, the current system is often inhumane. Like we said, this mess didn’t start with President Trump. 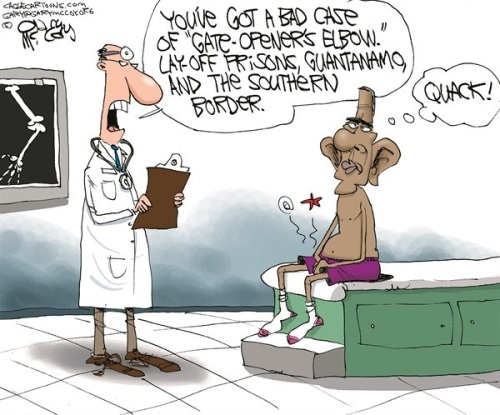 During the Obama administration, immigration laws were selectively enforced, sending mixed signals to those seeking to enter the U.S. The practice of “catch-and-release” created a magnet for illegal immigration, including phony claims of asylum, and even human traffickers posing as parents of smuggled children. In some cases, the Obama Administration also separated children from their parents, improperly vetted host families, and much worse. The lack of coherent enforcement worsened the humanitarian crisis, which traffickers and cartels exploited. According to even the ACLU, “the border control under Obama was monstrous.” END_OF_DOCUMENT_TOKEN_TO_BE_REPLACED