Click on the title to see all the goodies Pete collected for us in the Comments section.

President Trump signed a historic document early this morning as Kim Jong Un agreed to begin the denuclearization of the Korean peninsula. I was delivering papers this morning and heard the entire press conference. This is a man who will not be intimidated, gives better than he gets, and is nobody’s fool.

Sanctions on NoKo will remain in place and American troops will not leave the DMZ unless or until Kim can verify that he’s actually doing what he agreed to. Trump even got in a dig about getting Americans released without paying $1.8 million in cash. The press must have loved that. 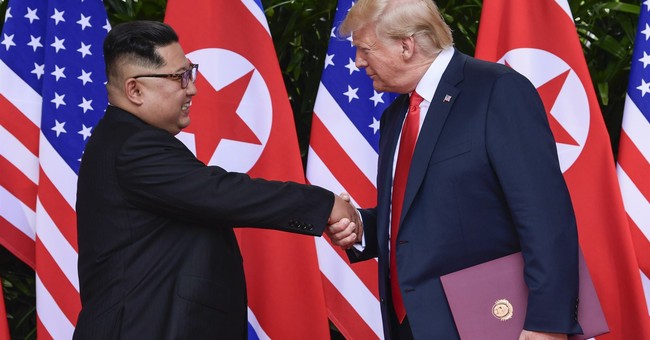 15 responses to “Behold the Peacemaker”