Click on the title to see more. You know the drill.

Because she loves a man the left despises, she is fair game for shabby treatment by liberals. After her surgery she didn’t make a public appearance for more than 3 weeks. She doesn’t need to bathe in the spotlight like some former First Ladies did.

The last time we caught a glimpse of her was on May 10th, 24 days, more than three weeks. There’s been questions about her surgery, her time at Walter Reed and now her invisibility.

Melania and Donald hosted a dinner for Gold Star families.

“It was a privilege to welcome Gold Star Families to the White House today to recognize our Nation’s fallen heroes and their families,” Mrs. Trump said in a statement released after the event. “To all those who have lost loved ones in service to our country, our nation grieves with you.”

[CtH: George and Laura Bush still have Gold Star Moms over to their home once a year.] 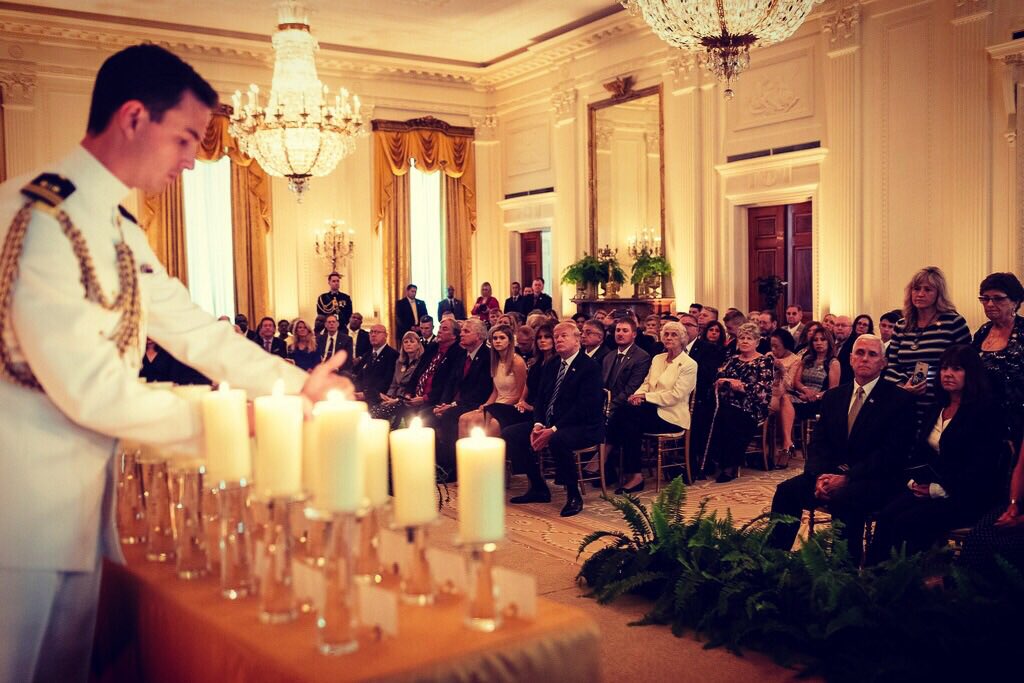 17 responses to “Guilt by Association”