But the words it inspires hang on. Here are some examples. 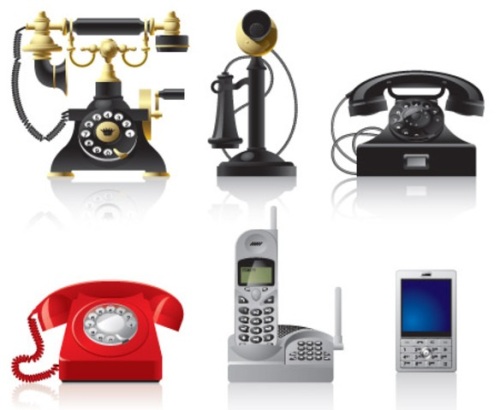 Dial the phone: We still say this, even though rotary dial phones were replaced with push button and touch screen phones somewhere between my birth and the extinction of the dinosaurs.

Hang up: Back in the olden days, ending a telephone conversation required that you physically hang the handset on its hook.

Carbon copy: Describes something that is exactly the same as another. Before photocopiers and computers, documents were reproduced by using carbon paper, which had a waxy pigmented coating that transferred the writing or typing to the paper underneath.

Dime store: Describes something of low quality. Five-and-dime stores, such as those owned by the F. W. Woolworth Co., have been replaced by dollar stores, but the expression remains.

Soap operas: Serialized entertainment known for melodramatic plots and often ridiculous cliffhanger endings. Back in the days when radio was the only form of broadcast entertainment, these shows were originally sponsored by soap manufacturers.

Stereotype: This was a kind of printing plate developed in the 18th century and once commonly used in newspaper publishing. It allowed printers to reproduce multiple copies of entire pages all at once. Nowadays, the term is used to describe an unfair and often erroneous belief that every person who belongs to a certain group shares the same, usually negative, characteristic.

Comments Off on Technology may change