Click MORE to read my selection of news shorts. 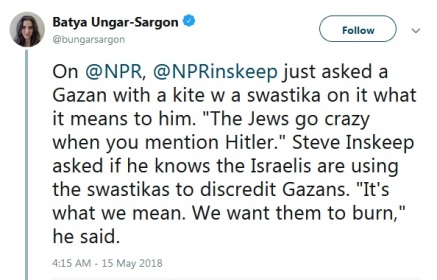 SICKO LIBERAL MEDIA: The violence in Gaza is sponsored by Hamas, a terrorist group that refuses to recognize Israel’s right to EXIST and has urged its militants to attack Israel. The New Yuck Times headline today on page one, above the fold: “Israelis kill dozens in Gaza.” In Liberal LaLa Land, militant Muslims have the absolute right to kill Israelis, while Israelis have absolutely no right to defend themselves.

JUDGES: The Senate confirmed two more of Trump’s federal judge nominees. Both candidates received rare unanimous votes to join the bench on the 7th Circuit. It has taken an average of 84 days for the Senate to confirm each of Trump’s nominees — far longer than the time taken for the previous four presidents. IMO, it’s downright evil of the so-called “Resistance” to put politics ahead of the needs of real people who are waiting to get their cases heard. 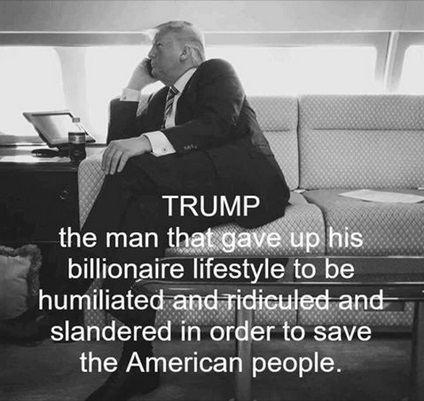 WHY HILLARY LOST: Overheard in DC: “I could never live in a rural area, some random-ass city, like Wisconsin.”

A SPECIAL BRAND OF STUPID: At the CAP conference, Senator Gillibrand spoke of the importance of women being in power: “If it wasn’t Lehman Brothers but Lehman Sisters we might not have had the financial collapse.” Wow, Kirsten. That is, like, so deep.

MORE STUPID FROM THE LEFT STREAM MEDIA: ABC News political analyst Matthew Dowd wrongly referred to the Iran nuclear deal as a “treaty” on Sunday. So “glad” that ABC News has such a “well-informed” political analyst! The Iran deal was NOT A TREATY. President Obama didn’t have the votes in the Senate to get the deal he agreed to ratified as a real treaty. That’s why Trump was able to unilaterally call it off.

TRUE CHARITY: An Australian man who has extremely rare blood has donated once a week for 60 years. His blood contains antibodies that fight hemolytic disease of the fetus and newborn (HDFN). The Australian Red Cross Blood Service estimates James Harrison has saved 2.4 million babies’ lives.

STORMY’S LAWYER: Avenatti demonstrates he’s as much of a whore as his client. 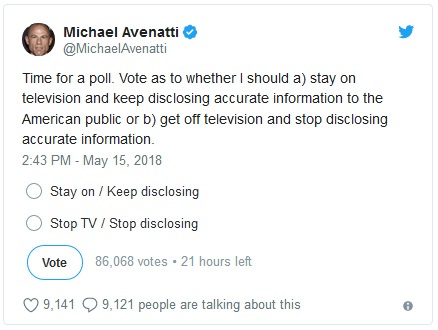 ANOTHER BS RAAACISM RANT DEBUNKED BY COP’S BODY CAM: The body camera footage shows the officer explaining to the Racebaiting Cop Hating Lying Liar that he was pulled over because he neglected to signal before a turn. I’m so thankful for this technology!

TELL US SOME MORE HOW DEMOCRATS ARE THE TOLERANT ONES: On Mother’s Day, employees at a Cheesecake Factory in Miami, Florida, verbally attacked and made threatening gestures toward a black man who dined with his girlfriend’s family simply because he was wearing a “Make America Great Again” hat.