There was some butt-covering yesterday over the hideous display of savagery at that hatefest held in Washington Saturday night. There was some mild condemnation from leftards but the truth is what Michelle Wolf spewed was what they all feel. Trump called her a ‘filthy comedian.’ The reality is that it’s the exact response the worthless whore was looking for. They have no morals, no shame, no sense of decency. They are filled with  rage, spite, and a burning need to create a totalitarian utopia where they are the few at the top dictating to those who didn’t graduate from the Kennedy School of Journalism.
After the outrage exploded, the WCHA ultimately threw Wolf under the bus, but as with all Democrat actions nothing will happen to her. She’ll get high fives from her fellow smut mongers at Comedy Central and they’ll all feel good about inflicting pain on the president and his supporters.

Because they’re upset she highlighted the true progressive nastiness.
Several reporters found comedian Michelle Wolf’s performance at the White House Correspondents’ Dinner Saturday to be detrimental to the mission of the evening and a gift to President Donald Trump, who was not in attendance but at a political rally in Michigan.
http://dailycaller.com/2018/04/29/reporters-slam-white-house-correspondents-dinner/

“The White House Correspondents’ Dinner was a failure last year, but this year was an embarrassment to everyone associated with it,” Trump tweeted.
The filthy ‘comedian’ totally bombed (couldn’t even deliver her lines-much like the Seth Meyers weak performance). Put Dinner to rest, or start over!” he added, referencing Meyers’s 2011 headlining performance in which he made a number of jokes at Trump’s expense.
http://thehill.com/homenews/administration/385444-trump-mocks-embarrassment-of-white-house-correspondents-dinner-put

The liberal media was in damage control mode on Sunday after the disgusting comedic performance by Michelle Wolf at the White House Correspondents’ Dinner fell so flat with the public that it left many journalists backpedaling themselves. It was the first topic of discussion on CNN’s Reliable Sources as host Brian Stelter questioned White House Correspondents’ Association President Margaret Talev about Wolf’s act. And when asked, Talev refused to say whether not she thought the “jokes” crossed a line.
https://www.newsbusters.org/blogs/nb/nicholas-fondacaro/2018/04/29/president-whca-refuses-say-comedian-crossed-line-dinner

Correspondents’ Association throws comedian under bus over jokes on Sanders’ appearance
“Last night’s program was meant to offer a unifying message about our common commitment to a vigorous and free press while honoring civility, great reporting and scholarship winners, not to divide people,” Margaret Talev, the WHCA president, said in a statement. “Unfortunately, the entertainer’s monologue was not in the spirit of that mission.” 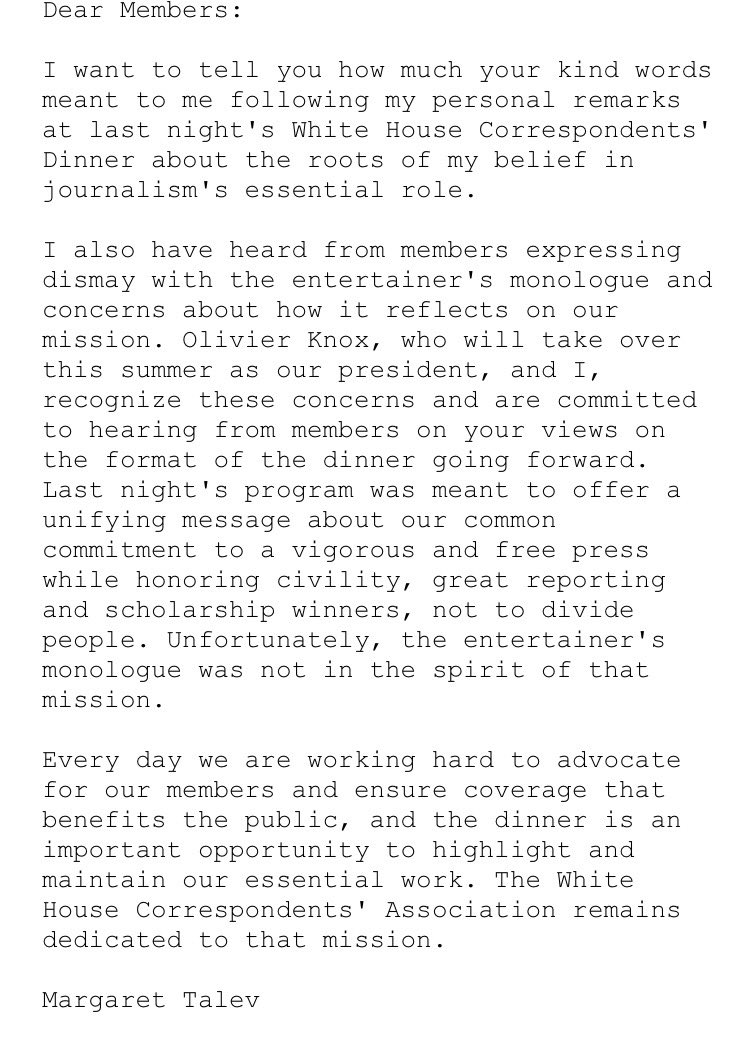 The Mooch Goes After Michelle Wolf For Tasteless ‘Atrocity,’ Compares Her To Michael Wolff

LOOK! LOOK! THE LOOK ON THAT BALD BASTARD STELTERS’ FACE REFLECTS THE EXACT ATTITUDE ALL THESE SCUM HAVE OF US.
“I think what you guys are missing is, you think it’s totally okay to take a cheese graters to somebody’s face, grate their face, drop the cheese grater and say, geez, part of your job is to have the right side of your face bleeding,” Scaramucci said on CNN’s “Reliable Sources” Sunday.
Scaramucci called the insults to Sanders an “atrocity” and compared Michelle Wolf to “Fire And Fury” author Michael Wolff.
http://dailycaller.com/2018/04/29/the-mooch-goes-after-michelle-wolf-for-tasteless-atrocity-compares-her-to-michael-wolff/

Comments Off on Their True Colors