After overstaying its visit by at least a month, Old Man Winter may finally have gone into hibernation for a little while. Maybe. When I finish this mess I plan to flop in my lounge chair on the deck and take in some welcome spring weather.

40% OF DEMOCRAT VOTERS ACTUALLY BELIEVE THIS CRAP
The Democratic National Committee filed a multimillion-dollar lawsuit Friday against the Russian government, the Trump campaign and the WikiLeaks organization alleging a far-reaching conspiracy to disrupt the 2016 campaign and tilt the election to Donald Trump.
The complaint, filed in federal district court in Manhattan, alleges that top Trump campaign officials conspired with the Russian government and its military spy agency to hurt Democratic presidential nominee Hillary Clinton and help Trump by hacking the computer networks of the Democratic Party and disseminating stolen material found there.
http://www.msn.com/en-us/news/politics/democratic-party-files-lawsuit-alleging-russia-the-trump-campaign-and-wikileaks-conspired-to-disrupt-the-2016-campaign/ar-AAw6YTh?ocid=UE12DHP

The reception, “Way to Win: 2022 Victory Party,” was presented as a look forward at what’s possible if Democrats can be effective in coming elections.
“It’s 2022 and we are celebrating policy victories across the nation: Medicare for All and Free College, and next on the agenda is Reparations,” the group projected, according to an invitation to the event.
“Take a ride in our time machine to hear from the true political geniuses who made this happen,” it says.
http://freebeacon.com/politics/revealed-dream-democrat-agenda-includes-reparations/ 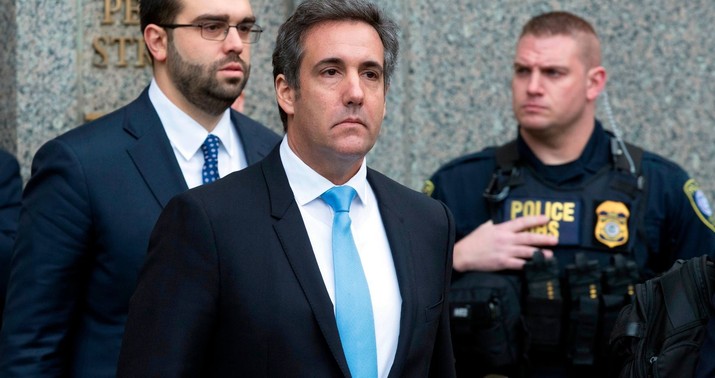 No one thinks Cohen would turn on Trump in lieu of serving a light sentence of a few years, but if the sentence is stiff, all bets are off. Which raises another question: What could Michael Cohen have possibly done that might warrant decades potentially in a federal pen?
That’s what they’ll threaten him with: life imprisonment,” said Alan Dershowitz, the liberal lawyer and frequent Trump defender who met with the president and his staff over two days at the White House last week. “They’re going to threaten him with a long prison term and try to turn him into a canary that sings.”…
https://hotair.com/archives/2018/04/19/trump-lawyer-warns-potus-michael-cohen-will-roll/

Senate Majority Leader Mitch McConnell (R, KY) has torpedoed President Donald Trump’s plan to cut $60 billion in federal spending, despite a promise to open a “discussion” on the cuts.
Even after supporting and passing a $1.3 trillion increase in spending, McConnell said he would talk about a rescissions package that had the support of the president. However, McConnell has ultimately refused to support the plan, Conservative Review noted.
http://www.breitbart.com/big-government/2018/04/19/sen-mitch-mcconnell-kills-president-trumps-plan-cut-60-billion-spending/

It’s strange how many times this particular amendment has been invoked on television recently when I doubt many could reference its number eighteen months ago. Now, just since January, we’ve seen it discussed on Madam Secretary, Homeland, and Designated Survivor. One show, The Good Fight, even goes so far as to jump to talking about actual impeachment. I’m starting to feel like they want to tell us something.
https://www.newsbusters.org/blogs/culture/lindsay-kornick/2018/04/19/designated-survivor-third-show-discuss-removal-president 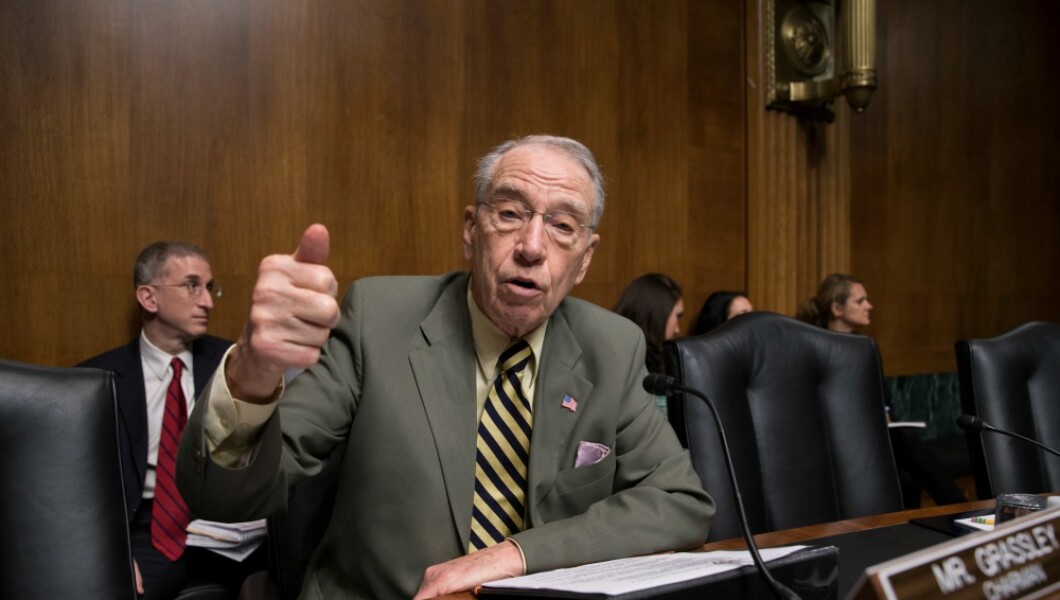 The bill is bipartisan, co-authored by Republican Sens. Thom Tillis of North Carolina and Lindsey Graham of South Carolina and Democratic Sens. Chris Coons of Delaware and Cory Booker of New Jersey.
On Thursday, Graham said he doesn’t think Trump will fire Mueller, but the legislation is still important.
https://www.washingtonexaminer.com/news/congress/senate-republicans-defy-mitch-mcconnell-protect-robert-mueller-trump

Forty-six House Republicans are either resigning, retiring or seeking other office in 2018. Roughly 22 House members retire each election cycle, so to say the party is going through a seismic shift is not a misnomer.
If the slew of defections weren’t enough, Republicans are trailing their Democratic challengers in 43 races, Politico reported. Some 14 GOP incumbents have less cash on hand than their Democratic counterparts, according to Open Secrets.
http://dailycaller.com/2018/04/19/republicans-midterm-election/

Not a joke: Fortune names David Hogg and cohorts the world’s greatest leaders of 2018

It has a whiff of classic fake news: David Hogg and all his foul-mouthed little high school buddies who made headlines and raked cash from their calls for gun control in the wake of the Parkland shooting have been elevated to the number-one spot in Fortune magazine’s annual list of the World’s 50 Greatest Leaders.
https://www.americanthinker.com/blog/2018/04/not_a_joke_fortune_names_david_hogg_and_cohorts_the_worlds_greatest_leaders_of_2018.html#ixzz5DESYxckK

Cuomo Likens Himself to an ‘Undocumented Immigrant’… Immigrant Groups Fire Back

“I’m undocumented,” Cuomo declared at the ceremony, where he signed legislation to protection union membership. “You want to deport an undocumented person, start with me because I’m an undocumented person.”
The governor also explained that he and his family know what it means to be a victim of racial prejudice.
https://townhall.com/tipsheet/cortneyobrien/2018/04/20/cuomo-likens-himself-to-an-undocumented-immigrant-n2472775

Comments Off on Finally, Sunshine!