ABSOLUTLEY NOTHING WILL COME OF IT. YOU NEED AN ATTORNEY GENERAL WHO IS NOT GUTLESS OR COMPROMISED. SESSIONS WILL NEVER DO IT.
House Oversight and Government Reform Committee member Rep. Ron DeSantis, R-Florida, along with ten other colleagues sent the letter Wednesday to Sessions and FBI Director Christopher Wray criminally referring former FBI Director James Comey, former Secretary of State Hillary Clinton, former Attorney General Loretta Lynch, and former FBI Deputy Director Andrew McCabe for their involvement in the investigations into President Trump and alleged violations of federal law. FBI Special Agent Peter Strzok and his paramour FBI lawyer Lisa Page, whose anti-Trump text messages obtained by the DOJ Inspector General Michael Horowitz, were also included in the referral.
https://saraacarter.com/breaking-lawmakers-make-criminal-referral-on-clinton-comey-lynch-to-doj-on-steele-dossier/

THESE TYRANTS GO AFTER ANY BUSINESS WHO CLAIMS TO BE ON THEIR SIDE.
HOW LONG DOES IT TAKE TO SAY: DON’T DISCRIMINATE AGAINST ANYBODY?
Starbucks will close 8,000 of its company-owned stores in the U.S. on May 29 for one afternoon to make its employees undergo “racial bias training.”
The company said that 175,000 workers would receive this training, which former Obama administration Attorney General Eric Holder and other experts would have a hand in designing, CNN Money reported.

McConnell Kills Bill Protecting Mueller from Firing: ‘We’ll Not Be Having This on the Floor of the Senate’

McConnell’s announcement effectively killed a bill meant to shield Mueller which was introduced last week by a bipartisan group of senators, called the Special Counsel Independence and Integrity Act.
http://freebeacon.com/politics/mcconnell-kills-unnecessary-bill-protecting-mueller-firing-senate/

Nobody Shows at DC Bookstore to Buy Comey’s Book The place was open at 12:01 am Tuesday morning expecting long lines for James Comey’s new book, “I’ve Got Higher Morals than You,” or “I’m Loyal to Getting High,” or whatever it’s called, released on Tuesday. But on hand were more photographers, reporters and salespeople, all working the night shift, than customers.
http://www.whitehousedossier.com/2018/04/17/shows-dc-bookstore-buy-comeys-book/

THERE’S SOME VERY BIG MONEY BEHIND ALL THESE PROTESTS. HOW CONCERNED ARE 10 YEAR OLDS ABOUT CLIMATE CHANGE?
The youths are being represented by the Oregon-based nonprofit organization Our Children’s Trust, which is supporting similar suits from children across the country.
They range in age from 10 to 20 years old — and include climate change activists Levi Draheim and Delaney Reynolds, who expressed their outrage in a statement.
https://nypost.com/2018/04/16/kids-sue-rick-scott-for-immoral-silence-on-climate-change/

THE RIOTERS COULDN’T CARE LESS ABOUT MUELLER…THEY GET PAID TO BUST SH!T UP
Pittsburgh police detectives will report for duty with riot gear Thursday, in anticipation of a potential large scale protest should President Trump decide to fire Special Counsel Robert Mueller.
There is a belief that President Trump will soon move to fire Special Prosecutor Mueller. This would result in a large protest within 24 hours of the firing. The protest would be semi-spontaneous and more than likely happen on short notice,” the missive read.
http://www.nydailynews.com/news/national/pittsburgh-police-wear-riot-gear-case-trump-fires-mueller-article-1.3941301

THEY’RE GOING ALL OUT IN THEIR CRUSADE TO GET TRUMP
The political arm of taxpayer-funded Planned Parenthood is leading a coalition of left-wing groups in an organized effort to spend $30 million to elect Democrats in the mid-term elections this year and regain control of Congress.
The focus of the campaign – dubbed “Win Justice” – will be to mobilize people who vote infrequently but are sympathetic to liberal causes, particularly minorities, women, and young people.
http://www.breitbart.com/big-government/2018/04/18/planned-parenthood-leads-coalition-spend-30-million-democrats-mid-terms/

Tarra Snyder, a student at Rosemount High School in Minnesota, who saw a copy of the book sent to her school, told Fox News she was “appalled” after seeing how “blatantly biased” the newest edition of “By the People: A History of the United States” was toward Trump and his voters. She said it also glossed over all issues then-Democratic presidential candidate Hillary Clinton faced during her campaign.
http://www.foxnews.com/us/2018/04/16/anti-trump-american-history-textbook-blatantly-biased-critics-say.html

“I’m going to make it law by executive order,” Cuomo said during a speech to the National Action Network’s annual conference.
“It is unconscionable to deny voting rights to New Yorkers who have paid their debt and have re-entered society,” he said in a statement. “This reform will reduce disenfranchisement and will help restore justice and fairness to our democratic process. Withholding or delaying voting rights diminishes our democracy.”
http://thehill.com/homenews/campaign/383741-breaking-cuomo-giving-parolees-right-to-vote-via-executive-order

The work requirements are projected to cut SNAP enrollment by up to 1 million people and would decrease spending on SNAP by $20 billion over 10 years, according to a Congressional Budget Office analysis.
House Agriculture Committee Chairman Mike Conaway (R-Texas) said the provision is a commonsense revamp of SNAP and is critical to helping Americans feed their families. SNAP typically represents about 80 percent of farm bill spending.
http://thehill.com/policy/healthcare/383810-gop-presses-for-stiff-work-requirements-for-food-stamps 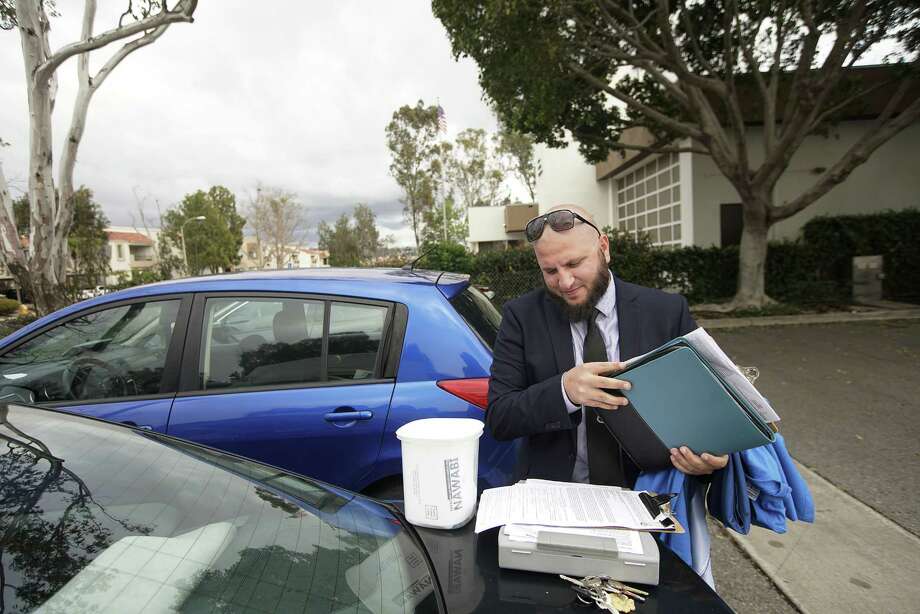 THIS IS FROM A SAN FRANCISCO NEWSPAPER… TAKE IT FOR WHAT IT’S WORTH
More than 90 American Muslims, nearly all of them Democrats, are running for public office across the country this year. Many are young and politically inexperienced, and most are long shots. But they represent a collective gamble: that voters are so disgusted by America’s least popular president on record that they’re willing to elect members of America’s least popular religious minority group.
https://www.sfgate.com/news/article/American-Muslims-launch-political-campaigns-hope-12836285.php