Go Ahead; Make My Day

Hogg’s mother told CNN on Monday that her son “will not be going to college this year because he’s decided to take a year off and work on the midterm elections.”
TMZ reported on Sunday that Hogg received an acceptance letter from UCI that partly read: “Students choose UCI to make a true difference in the world, we hope you will too.”
After Fox News host Laura Ingraham tweeted that Hogg, who told numerous outlets that he was “hurt” that some of California’s top public schools rejected him, had whined about not being accepted to various colleges, the left-wing teenage activist immediately called on Ingraham’s advertisers to drop her.
http://www.breitbart.com/big-government/2018/04/09/report-david-hogg-will-skip-year-college-focus-18-elections-uc-irvine-offers-admission/

This smarmy little foul mouthed punk thinks he can influence the midterm elections. Maybe he can. Every Republican should point out this is the kind of miserable trash the Democrats embrace. Apparently he’s never heard of Cindy Sheehan or Sandra Fluke. When he’s not useful to the left anymore he’ll stop getting air time on CNN.

MSNBC’s Joy Reid: What If Trump Refuses To Be Arrested By Federal Marshals?
IF HE DID THAT HE’D BE A DEMOCRAT… THEY IGNORE LAWS WHEN THEY FEEL LIKE IT.
“Let’s say that Donald Trump decides he doesn’t want to give an interview with Mueller, but Mueller says ‘Oh, but you will.’ And he’s subpoenaed to [be] interview[ed] [by] Robert Mueller. And Donald Trump simply says, ‘I don’t recognize that subpoena.’ This is a president whose behavior is different as president of the United States. He doesn’t follow convention. Who would force him to comply with the subpoena ordering him to do an interview with Robert Mueller?” Reid asked.
JUST IN CASE YOU’RE WONDERING WHAT THESE VERMIN FANTASIZE ABOUT

EVIDENCE? WE DON’T NEED NO STEENKING EVIDENCE! HE’S A REPUBLICAN. THAT’S ALL WE NEED TO KNOW.
Here’s the story: In St. Louis, Missouri, in 2018, a man was indicted for a felony for allegedly taking a compromising photograph of his mistress. From the beginning, the details were sketchy: the woman wasn’t sure if she’d seen a flash or heard a phone click. Under cross-examination, she revealed even more uncertainty. Turns out, she’d never actually seen a phone. She’d never seen a camera. She’d never seen a photo.
Oh — and she might have dreamt the whole thing up. That’s right: when asked by the prosecutor whether she had seen a phone, she said it was something she may once have had a dream about.
http://www.breitbart.com/big-government/2018/04/09/hantler-a-george-soros-backed-prosecutor-under-fbi-investigation/

Unremorseful ‘drunk judge’ works 1 day in whole year, gets raise to nearly 200k, and then this crazy rant
New York taxpayers spend nearly $200,000 every single year to fund the salary of an obnoxious “drunk judge” who as of April had only worked one day thus far this year.

IT’S GOOD TO BE A PROTECTED MINORITY
Rochester City Court Judge Leticia Astacio earned the nickname of “drunk judge” after a court convicted her of a DWI in 2017 for a driving incident that occurred a year earlier
WHAM noted that the state’s Commission on Legislative, Judicial and Executive Compensation recently approved a raise for all New York judges, including Astacio. As a result, the “drunk judge” now collects a whopping $187,200 salary, all at the expense of New York taxpayers.
“Why’s my name in the headlines?” she wrote Monday afternoon. “You’re mad because I’m a young minority getting paid.”
https://www.bizpacreview.com/2018/04/08/unremorseful-drunk-judge-works-1-day-in-whole-year-gets-raise-to-nearly-200k-and-then-this-crazy-rant-621800

Woman Sues Owner of Pennsylvania ‘Trump House’ Claiming it Caused Car Crash
In a lawsuit filed on Friday, a woman claims that a Pennsylvania house dedicated to then-candidate Donald Trump caused her to get into a car accident two weeks before the election.

Kellie Roadman of Ligonier claims that drivers were distracted by the patriotic house — which was painted to look like an American flag, had a 12’ cut out of Donald Trump and featured campaign decor in support of the then-candidate.
Roadman is now seeking more than $30,000 from Rossi and did not name the driver who actually hit her in the lawsuit.
http://www.thegatewaypundit.com/2018/04/woman-sues-owner-of-pennsylvania-trump-house-claiming-it-caused-car-crash/

Trump To Replace Liberal Lion Of The Ninth Circuit

China’s Xi announces plans to ‘open’ China, including lowering tariffs on imported autos
Chinese President Xi Jinping speaks at the Boao Forum for Asia on Tuesday.
He discussed plans to further open up the Chinese economy, including “significantly” lowering import tariffs for autos, decreasing duties on other products, enforcing the legal intellectual property of foreign firms and improving the investment environment for international companies.

TRUMP CALLS CHINA’S BLUFF AND THEY BACK DOWN.
NAME ANOTHER POLITICIAN WITH THE NERVE TO DO THAT.
https://www.cnbc.com/2018/04/09/chinese-president-xi-jinping-speaks-at-boao-forum-for-asia.html

Tuition Rates About to ‘Triple’ for Some DACA Students in Arizona 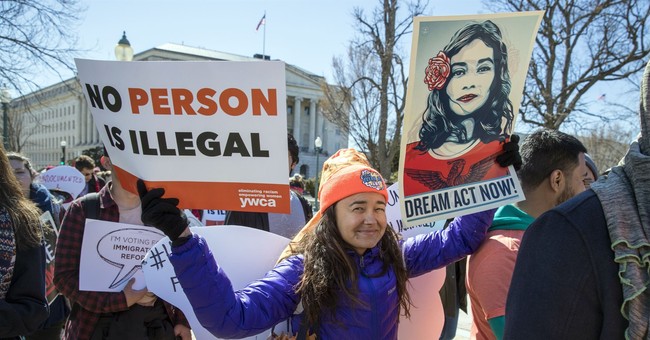 With the court’s reversal, some say their dreams of getting college educations have been buried.
“We are an asset,” said Karina Ruiz, the president of the Arizona Dream Act Coalition. “We contribute. For this state to not give us a chance to continue to do so, it’s wrong.”
Arizona Attorney General Mark Brnovich said that while he’s sympathetic to these kids and their hopes for higher education, he commended the court for cracking down on universities who were violating the law.
“It’s about time someone held them accountable, and that’s my job,” Brnovich said. “My role as AG is to make sure you’re following the law.”
https://townhall.com/tipsheet/cortneyobrien/2018/04/09/tuition-rates-about-to-triple-for-some-daca-students-in-arizona-n2469295 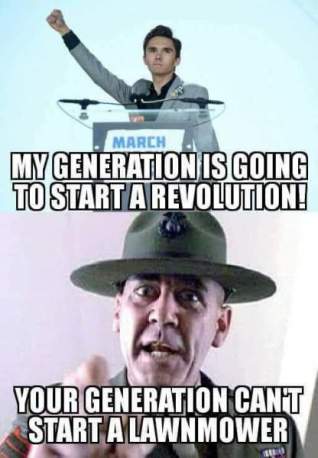 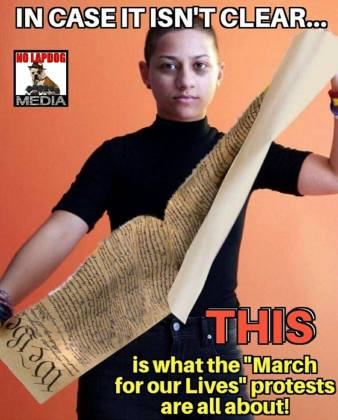 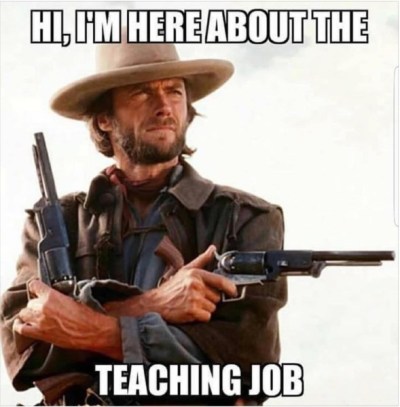 One response to “Go Ahead; Make My Day”