Texas official triggered by teen’s TRUMP shirt, faces charge for allegedly berating group of ‘scared’ girls
A Texas councilwoman is facing misdemeanor charges after a MAGA shirt sparked an anti-Trump outburst.
West University Place Councilwoman Kellye Burke was accused of yelling obscenities Saturday at a group of teenage girls over a Trump T-shirt
The girls, who did not want to be identified for fear of retaliation, were confronted by the councilwoman while they waited on line to buy cookies at a local shop, according to KPRC2. 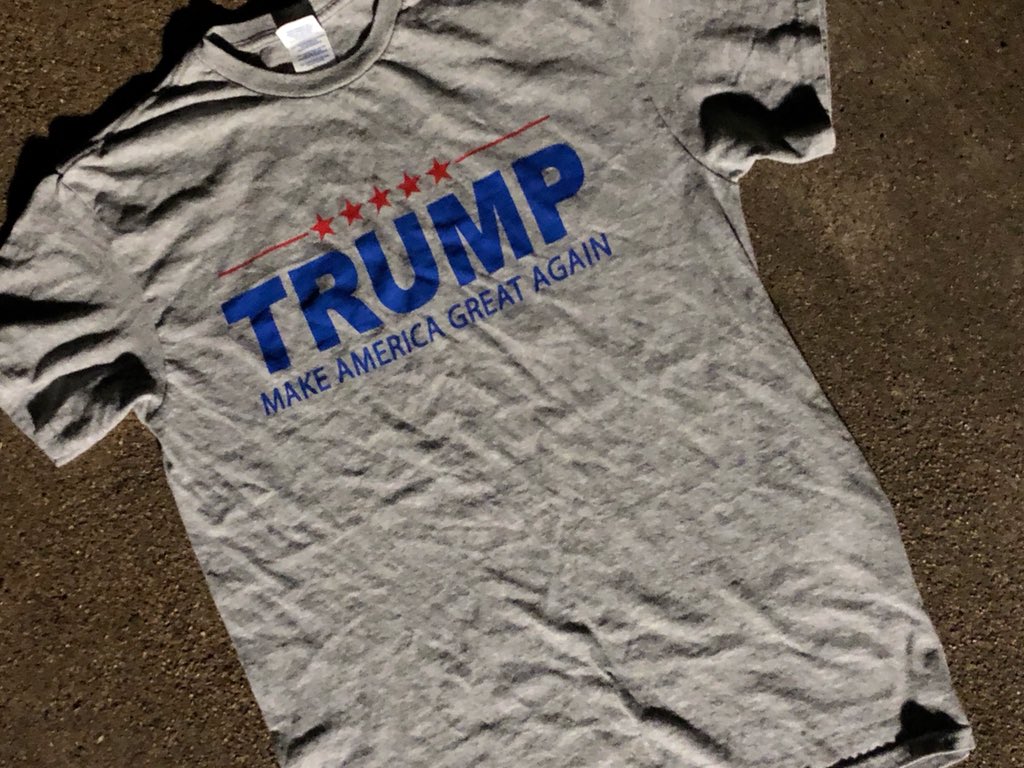 A judge in Massachusetts on Friday ruled against a lawsuit that questioned the state’s ban on assault weapons and large-capacity magazines, declaring that the weapons were not protected by the Second Amendment.
Assault weapons are considered to be military firearms, U.S. District Judge William Young said in his ruling, therefore disqualifying them from being included in a citizen’s right to “bear arms.”
http://www.foxnews.com/us/2018/04/06/massachusetts-ban-on-assault-weapons-doesnt-violate-2nd-amendment-judge-rules.html 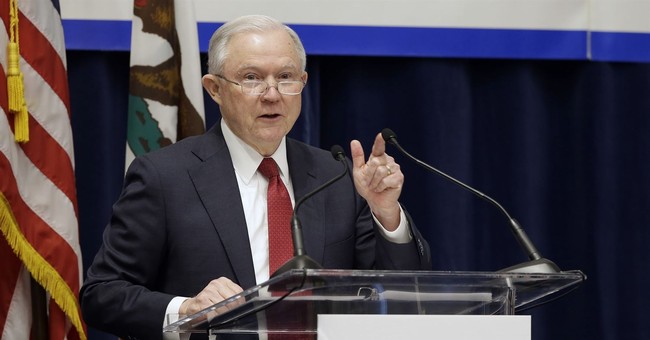 The announcement and directive comes just two days after President Trump ordered the deployment of the National Guard to the southern border with Mexico. According to the White House, 2000-4000 troops will be sent until the border wall is completed. Based on recommendations from local governors and Border Patrol agents, additional guards could be deployed if extra resources are necessary.
https://townhall.com/tipsheet/katiepavlich/2018/04/06/sessions-announces-new-zero-tolerance-enforcement-for-entering-us-illegally-n2468520

Rand Paul: ‘Scott Pruitt is Likely the Bravest and Most Conservative Member of Trump’s Cabinet’

Sen. Paul tweeted on Thursday morning, “Scott Pruitt is likely the bravest and most conservative member of Trump’s cabinet. We need him to help Donald Trump drain the regulatory swamp”
CNN, the Washington Post, and other outlets have attacked Pruitt for renting out a condominium owned by lobbyists. Pruitt leased a room for roughly $50 a night, paying a total of $6,100.
http://www.breitbart.com/big-government/2018/04/05/rand-paul-scott-pruitt-likely-bravest-conservative-member-trumps-cabinet/

A federal judge in Wyoming has halted the clean-air rule indefinitely, saying it “makes little sense” to force oil and gas companies to comply with the Obama-era rule when the Trump administration has moved to roll back the 2016 regulation.
The Interior Department is accepting comments on its proposed rewrite and expects to issue a final rule this summer
https://www.usnews.com/news/business/articles/2018-04-05/obama-era-clean-air-rule-on-methane-emissions-blocked-again

The federal immigration raid on a Tennessee meatpacker was prompted by a bank alert showing large cash withdrawals for payrolls, according to a federal affidavit.
The cash payments since 2008 “were in excess of $25 million,” according to the federal affidavit posted by a local TV station, WATC.com.
Ninety-seven people were detained in the raid on Tennesee-based Southeastern Provisions, including 10 people arrested on federal charges and one person who was arrested on state charges. Of the remaining 86 people, 54 were detained, likely for deportation, while 32 were released.
http://www.breitbart.com/big-government/2018/04/06/bank-tip-exposes-illegal-workers-meatpacker/

Mo Brooks Calls The Surge Of Illegal Immigrants ‘Invasion By Foreign Nationals,’ And It Drove CNN’s Alisyn Camerota Up A Wall
Camerota took issue with this part of his statement:
“I fully support President Trump’s use of our military to secure the border against invasion by foreign nationals. Recent highly publicized caravans of thousands of foreigners heading for America’s borders emphasize that it is past time for Congress to reform laws that entice and reward foreign nationals who illegally invade America.”
Camerota asked Brooks why he used the word “invasion.” He said it was the best word to fit the current circumstances.
“Because that’s the word that applies,” he said. “If you go to Webster’s dictionary, it absolutely fits that definition.”

WHAT DID YOU THINK THOSE MARCHES WERE FOR?
California’s effort to get 16- and 17-year-olds to pre-register to vote has now enlisted 100,000 teenagers, according to information released on Friday by Secretary of State Alex Padilla.
“This is a big milestone,” Padilla said. “I’m optimistic it’s going to translate into action at the ballot box.”
http://www.latimes.com/politics/essential/la-pol-ca-essential-politics-updates-california-teenagers-preregister-voting-1523032069-htmlstory.html

Michelle Obama: My Husband Was ‘The Good Parent’ Compared To Trump 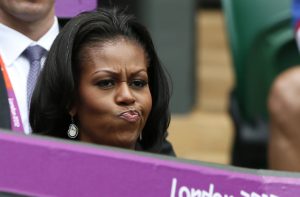 At the Simmons Leadership Conference in Boston, Obama appeared to take shots at President Trump’s administration in remarks first reported by local TV station WBZ.
The Obama administration “was like having the ‘good parent’ at home,” the former first lady said. “The responsible parent, the one who told you to eat your carrots and go to bed on time.”
“And now we have the other parent,” Obama added. “We thought it’d feel fun — maybe it feels fun for now because we can eat candy all day and stay up late and not follow the rules.”
http://thehill.com/blogs/blog-briefing-room/news/381946-michelle-obama-my-husband-was-the-good-parent-compared-to-trump

“So bad and so fake.” It’s a sentiment that can be echoed by most of America, with a recent survey citing only 32 percent of Americans would even claim they have either “a great deal” or “a fair amount” of trust in the mainstream media. It certainly doesn’t help that this is the second year in a row that the White House Correspondents’ Association enlisted an incredibly unfunny comedian; last year, they had the Daily Show’s tone-deaf Hasan Minhaj attempt to deliver a series of anti-Trump jokes, this year they hired (you guessed it) the Daily Show’s Michelle Wolf.
http://www.thegatewaypundit.com/2018/04/good-trump-to-skip-unfunny-fake-news-filled-white-house-correspondents-dinner-again/

Cook Report Changes Ratings in 13 Districts in Democrats Favor
Every GOP incumbent will have a Democrat opponent. 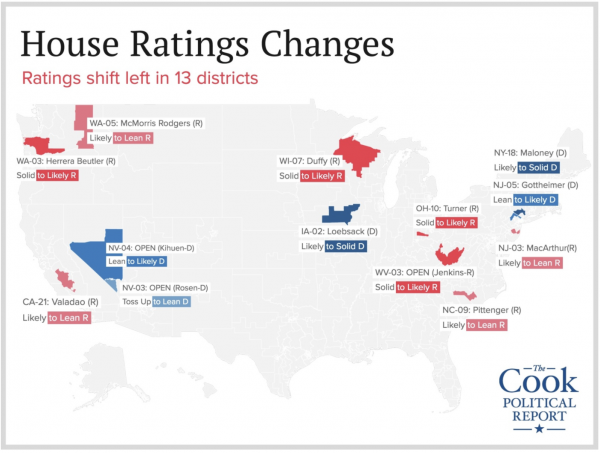 “While Republicans have been left floundering without a coherent message, Democratic momentum is growing stronger by the day,” said DCCC Spokesperson Tyler Law. “Democratic candidates across the country are ready to harness this energy, while many Republicans incumbents have been caught woefully unprepared.
https://legalinsurrection.com/2018/04/cook-report-changes-ratings-in-13-districts-in-democrats-favor/ 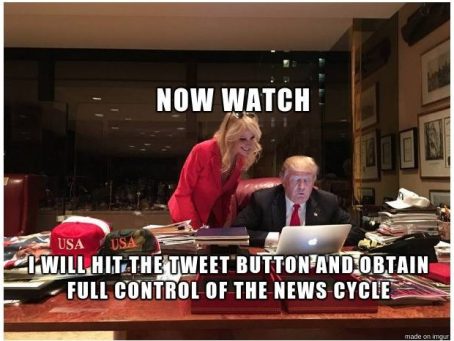 2 responses to “Undeterred, He Persisted”