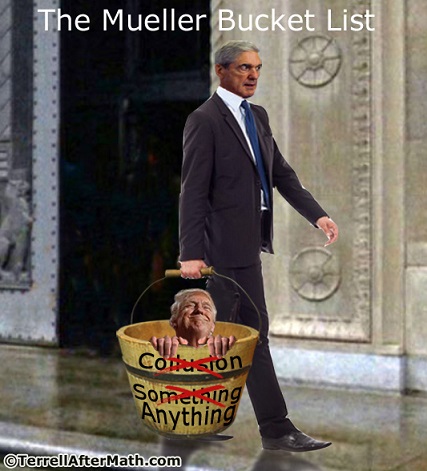 Republican Lawmaker: Robert Mueller Is Running Out Of Time

Rep. Francis Rooney said Thursday he believes it could soon be time for special counselor Robert Mueller to bring an end to his Russian probe.

Rep. Adam Schiff conceded Thursday there is still no evidence President Trump or his campaign colluded with Russia to win the election, and made a point of distancing himself from any charges of treason against the president.

Pistol Pete: WHEN MUELLER STARTED THIS WITCH HUNT HE HAD NO INTENTION TO FINISH UNTIL AT LEAST AFTER THE MIDTERMS, HOPING TO FIND ANYTHING TO NAIL TRUMP AND THE REPUBLICANS WITH.