The Donald Does D.C.

Last year, just a few months into his presidency, Donald Trump didn’t attend either the Gridiron Dinner or the White House Correspondents’ Dinner. Apparently, after more than a year of slander, ridicule, mockery, and extreme verbal abuse from these pricks, he’d finally had enough and decided to let off a little steam. He spared no one, including himself, his family, and the vice president, but he threw some sharp jabs at Democrats, especially the New York Slimes and Gasoline Maxine Waters. He sure did a better job of mocking himself than that obscene jerk Alec Baldwin does on SNL.

Trump joked that he was late to the dinner “because Jared couldn’t get through security,” mocking his son-in-law and senior adviser Jared Kushner’s loss of top secret security clearance because of a variety of business entanglements.
“Ivanka, you’ve got to do something!” Trump called out to his daughter, mocking her too.
Trump said that Vice President Mike Pence, who he called a “straight man,” begins every day by asking about the president he would replace if removed: “Is he impeached yet?”
At that point, he mocked not only policy adviser Stephen Miller but his wife Melania too.
“Trump then joked about who would be next to leave the White House and questioned whether it would be ‘Steve Miller or Melania,’” Walker wrote in the White House pool report. “He later referenced the #FreeMelania hashtag.”
“She’s actually having a great time,” Trump added of Melania.
Trump also brought up ‘talk’ former Vice President Joe Biden, or as he put it, ‘Sleepy Joe,’ might run for president in 2020. Trump referenced prior comments Biden made about wanting to take him out behind a barn,” Walker wrote.
“I would kick his ass like no other. … Man, would he be easy,” President Trump said of running against Biden.
http://www.breitbart.com/big-government/2018/03/04/roasting-the-night-away-president-trumps-standup-routine-steals-the-show-at-gridiron-dinner/

Trump at Gridiron Media Dinner: “This Might be the Most Fun I’ve Had Since Watching Your Faces on Election Night”

Trump addressed the crowd and did not hold back. He told the media elites he and The New York Times are both New York City icons — “the only difference is I still own my buildings.”
Having turned down press dinners last year, Trump told journalists who belong to the Gridiron Club that he wanted to come this year and “ruin your evening in person.”
http://www.thegatewaypundit.com/2018/03/trump-gridiron-media-dinner-might-fun-ive-since-watching-faces-election-night-video/

Trump’s top jokes from the Gridiron dinner
Add to the mix his administration’s struggles in some key policy areas, Trump’s harshly critical tweets, and an ongoing investigation into Russian meddling in the 2016 election that has inched closer to Trump’s orbit, and one question jumps out: Does the President ever stop to joke about it all?
Indeed he does, as only Trump can.
http://www.msn.com/en-us/news/politics/trumps-top-jokes-from-the-gridiron-dinner/ar-BBJQ5ou?li=BBnb7Kz&ocid=UE12DHP
Trump’s top jokes from the Gridiron dinner

At Gridiron Dinner, Trump jokes on politics — but gets serious about North Korea

Trump Jokes About Maxine Waters Needing An IQ Test At Gridiron Dinner
TRUMP CRACKS A JOKE ABOUT THIS DERANGED RACE HUSTLER AND THE REACTION IS PREDICTABLE.
Waters has been insisting that Congress open an investigation to find something on which they can impeach Trump (and after that, she says, she’ll “go after” Pence). It’s unsurprising, then, that the president would take a jab at her.
Talking Points Memo reports:
Though he poked fun at his own administration’s dysfunction (“It’s been really another calm week at the White House”), Trump saved some of his sharpest lines for Democrats, including when he said of Rep. Maxine Waters (D-CA): “She has to immediately take an IQ test.”
Needless to say, the left went into immediate meltdown mode.

LIKE THE GUY ON THE INFOMERCIAL SAYS: “I’M NOT STOPPIN’ THERE!”

THESE TWO ARE REAL SHORT:

Maxine Waters: Trump Is ‘Racist’ For Questioning My IQ

OF COURSE SHE HAD TO RUN TO HER HOMEGIRL TO WHINE ABOUT HOW MEAN TRUMP IS.
Democratic Rep. Maxine Waters alleged Sunday that President Donald Trump is “racist” because he questioned her IQ level.
The California Democrat did not think the joke was funny and questioned Trump’s own mental agility before accusing him of racism.
“Well, you know, this president has been called stupid, he has been called ignorant, and even his secretary of state did not deny that he called him a moron,” Waters said. “And so he has no credibility. He has been name calling, he’s been saying all kinds of things.”
http://dailycaller.com/2018/03/04/maxine-waters-trump-iq-racist/ 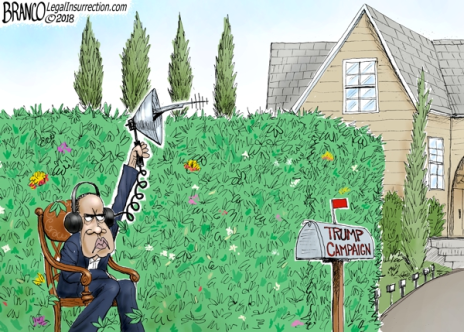 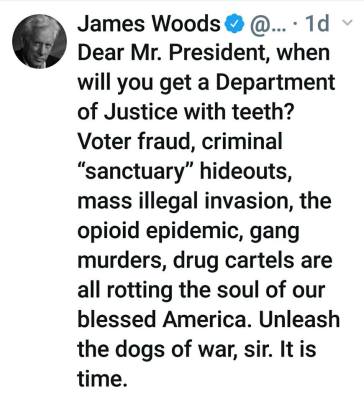 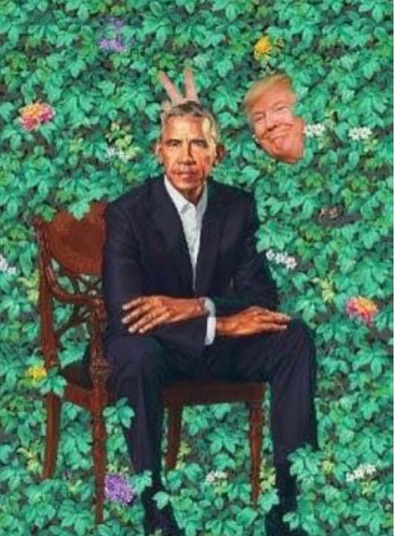 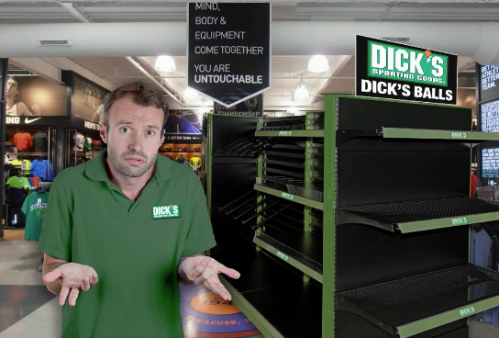 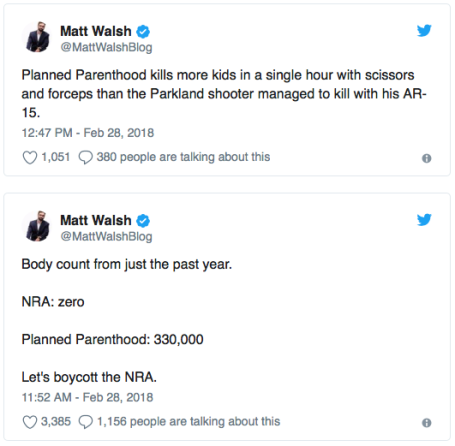