Some Food for Thought

The Supreme Court Issues Its Decision On Trump’s DACA Appeal

In an extraordinary procedural move, the government appealed directly to the Supreme Court. Under normal procedure, the government would challenge Alsup’s order at the 9th U.S. Circuit Court of Appeals, a principle antagonist to Trump’s ambitions throughout his presidency. Solicitor General Noel Francisco, the government’s Supreme Court lawyer, argued the case required the tribunal’s urgent attention, as Alsup’s decision “requires the government to sanction indefinitely an ongoing violation of federal law being committed by nearly 700,000 aliens.”
The justices rarely grant such requests.
http://dailycaller.com/2018/02/26/supreme-court-daca-appeal/

Terry McAuliffe: ‘Who Better To Take On Trump Than Me?’

THIS IS THE MOST VICIOUS PUNK IN POLITICS
Of course, we’re barely into Year 2 of President Trump, but that doesn’t mean Democrats aren’t jockeying right now to get into position to run in 2020. And as dirty as Hillay and Bill are, McAuliffe is that times 10 — or 1,000. Plus, all the filthy Clinton leeches are without a host, now that Hillary has lost for a second time and vows not to run again.
https://www.dailywire.com/news/27564/terry-mcauliffe-who-better-take-trump-me-joseph-curl

If unions lose the Janus case, how will they survive? Best bet is to reinvent themselves as professional associations

IN WISCONSIN, UNIONS AND DEMOCRATS (REDUNDANT) POURED MORE THAN 10 MILLION DOLLARS INTO AN EFFORT TO GET RID OF GOVERNOR WALKER AND THE REPUBLICAN MAJORITY. THEY LOST. UNIONS NOW CANNOT COMPEL ANY MEMBER TO PAY DUES. THEIR CASH FLOW CRATERED.
There’s much more than free speech at stake here, though. If the court sides with Janus, unions across the country stand to lose millions of dollars a year in guaranteed revenue — potentially enough to cripple their operations. Nobody would be hit harder than the nation’s two largest teachers’ unions — including the National Education Association, the largest public sector union in the country.
http://www.nydailynews.com/opinion/unions-lose-janus-case-survive-article-1.3838168

Drugs suspect on toilet strike for 38 days ‘would rather die than take a poo’
I DON’T THINK IT’S PHYSICALLY POSSIBLE TO GO THAT LONG WITHOUT GOING
A suspected drug dealer on a record-breaking toilet strike would rather die than take a poo, his lawyer has said. Lamarr Chambers, 24, has now spent 38 days in police custody after Essex Police arrested and detained him on January 17.
Officers believe he swallowed some of the drugs before his arrest in Harlow, Essex, and they have been patiently waiting for him to finally go ever since.
https://www.freedomsphoenix.com/News/235466-2018-02-26-drugs-suspect-on-toilet-strike-for-38-days-39-would.htm

As Lifson notes, the Democrats are in bad shape, at least if they run on policies. But if they can galvanize the black vote, which is what they did with Obama, they are in a position to win. They are sure they can’t win if they don’t. What would be more logical than for Michelle Obama to write an identity politics book, in first person, Oprah-style, as a backdrop “narrative” to galvanize those voters? The Obamas always were about “narrative” as a means of concealing their policy objectives by promoting their personas. Obama’s “mind-meld,” and right hand man, after all, was fiction writer and major Ben Rhodes. Ol’ Ben knew more than anyone about creating “narratives.”
https://www.americanthinker.com/blog/2018/02/michelle_obamas_upcoming_memoir_replicates_obamas_road_to_power_to_a_t.html#ixzz58F5az0lS

It’s Not About Saving Lives: Democratic Senator Says Gun Debate Will Help His Party In Midterms 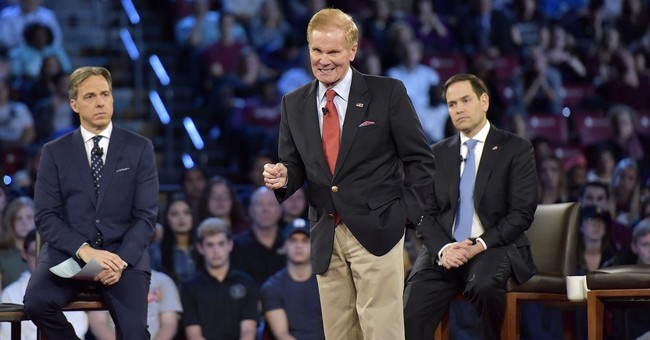 Did anyone catch Sen. Bill Nelson’s (D-FL) rather gratuitous swipe at Gov. Rick Scott on Wednesday? CNN held a town hall event in Sunrise, Florida hosted by Jake Tapper, where National Rifle Association Dana Loesch and Sen. Marco Rubio (R-FL) literally ventured into the lion’s den. Rep. Ted Deutch (D-FL) also participated. It was a two-hour bashing of Rubio, the NRA, Loesch, every law-abiding gun owner, and every supporter of the Second Amendment. It was show trial, a North Korean kangaroo court that resembled something out of the two minutes of hate from Orwell’s 1984.
https://townhall.com/tipsheet/mattvespa/2018/02/24/its-not-about-saving-lives-democratic-senator-says-gun-debate-will-help-his-par-n2453485

President Obama said a President Trump would bring ‘change’ to the White House, and then this image flashed to the audience of the 2011 White House Correspondents’ Dinner 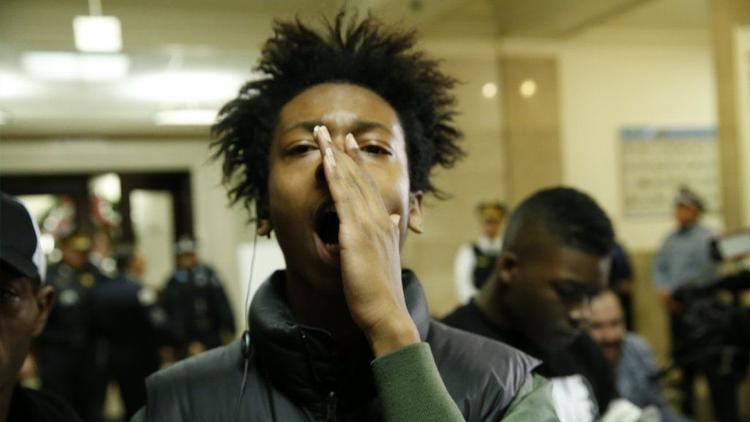 THIS IS THE CRAP IN THE PAPERS I DELIVER EVERY DAY.
The young people of Black Lives Matter are hurt. And they have every right to be.
When they were protesting in the streets of cities across America, much of the country didn’t bother to listen to their message. They were not embraced by the mainstream for their bravery, their determination or resolve to bring attention to reckless police killings that disproportionately impact young African-Americans.
In a tweet last week, Oprah Winfrey said the inspiring youths in Florida reminded her of the “Freedom Riders of the 60s who also said we’ve had ENOUGH and our voices will be heard.” She pledged to match George and Amal Clooney’s $500,000 donation to the youths’ March for Our Lives planned for March 24.

THESE YOUNG PEOPLE SHOWED MORE GUTS THAN THE COWARDLY COPS WHO CRINGED OUTSIDE WHILE INNOCENTS WERE BEING SLAUGHTERED
The U.S. Army announced Tuesday that Alaina Petty, Martin Duque, and Peter Wang—who were all students at Marjory Stoneman Douglas High School and also served as cadets in the school’s JROTC program—would receive JROTC Heroism Medals for their acts of bravery during Wednesday’s shooting.
Army spokesman Michael Maddox said that Petty’s family had been presented with the award at her funeral Monday, and Wang’s family received the award during his funeral service Tuesday. Duque’s family will accept the medal at his funeral service Saturday.
http://www.breitbart.com/big-government/2018/02/20/u-s-army-awards-heroism-medals-to-3-jrotc-students-killed-in-florida-high-school-shooting/

Did the PA Supreme Court Just Make it Easier for Dems to Win in the Midterms?

An important swing state may have just swung in Democrats’ favor. Although Republicans hold 13 House seats in Pennsylvania to Democrats’ five, a new ruling from the state supreme court appears to give the Democrats a favorable new congressional map. 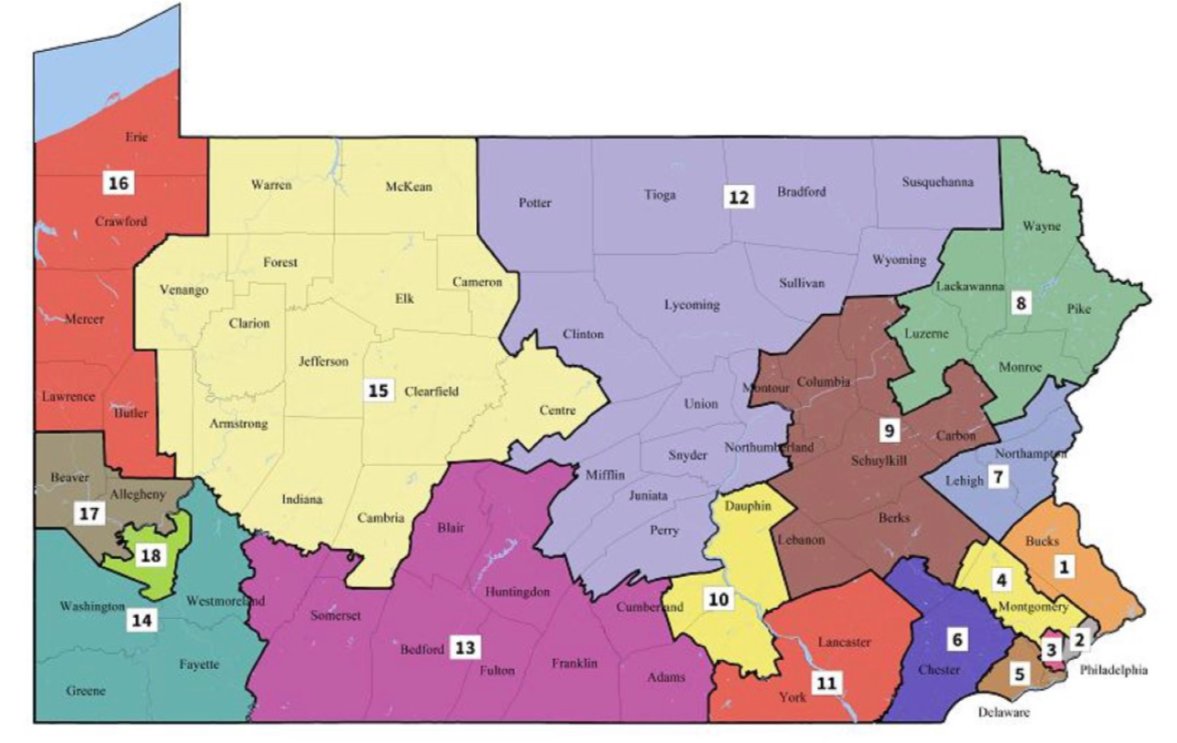 THE DEMOCRATS WILL PICK UP 4-5 EXTRA SEATS BEFORE A BALLOT IS CAST. THEY ARE GOING TO STEAL THIS ELECTION IN ORDER TO GET A MAJORITY AND IMPEACH TRUMP.
https://townhall.com/tipsheet/cortneyobrien/2018/02/20/pa-gerrymandering-n2451620

A suspected poacher was fatally mauled and eaten by a pack of lions near a national park in South Africa, leaving behind just the man’s “head and some remains,” police said.
A police spokesman in Limpopo told AFP that a loaded hunting rifle was found near the man’s body early Saturday at a private game park in Hoedspruit, west of Kruger National Park, which contains large numbers of the Big 5 game species — lion, leopard, rhinoceros, elephant and buffalo.
“It seems the victim was poaching in the game park when he was attacked and killed by lions,” Limpopo police spokesman Moatshe Ngoepe told AFP. “They ate his body, nearly all of it, and just left
THE POACHER WAS ACCOMPANIED BY AN ILLEGAL FUR BUYER FROM EASTERN EUROPE. THE POACHER WAS EATEN BY THE FEMALE LION. THE CZECH WAS IN THE MALE.
THAT WAS LAME…SO WHAT? GET OVER IT
https://nypost.com/2018/02/12/suspected-poacher-killed-eaten-by-pack-of-lions/

One response to “Some Food for Thought”