When Cordes asked him how the Russians knew to focus on Michigan and Wisconsin and Hillary didn’t, Podesta was visibly flustered.

Donald Trump visited Wisconsin several times during the election. Hillary Clinton only went there AFTER the election to peddle her book of excuses ‘What Happened’. 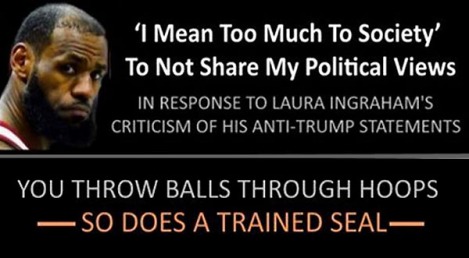 The ever-classy (not) WaPo had this to say about Trump’s visit to Florida: He “followed a tried-and-true playbook for responding to crises, as he has a mass shooting in Las Vegas and a hurricane in Texas: leaning on praise of the responders — casting their response in hyperbolic terms — while making quick and choreographed stops that do not draw protesters or detractors or large crowds.”

I’m reminded of that time that then-Candidate Obama CANCELED a scheduled visit to war-injured soldiers because the hospital wouldn’t let his camera crew in.

The FBI failed to properly investigate the Florida shooter after numerous warnings. Maybe they were too busy trying to impeach Trump to do their jobs.

8 responses to “Bits and Bytes”