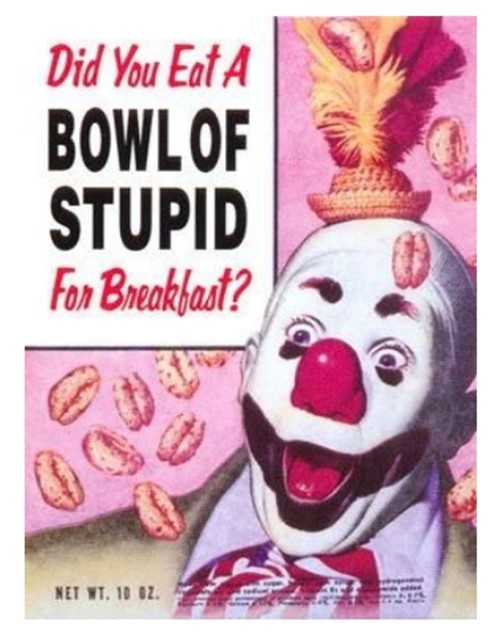 On February 7, Leftist Nancy MacLean opened her yap and puked out this offensive and totally wrong opinion:

“Many of the architects of [libertarianism] seem to be on the autism spectrum—you know, people who don’t feel solidarity or empathy with others.”

“Libertarianism does not rest on the belief that people should not have good things, but the belief that getting the government too involved in people’s lives actually does more harm than it does good.” –Katherine Timpf

—————-
Nancy MacLean is a history professor at Duke University and the author of Democracy in Chains: The Deep History of the Radical Right’s Stealth Plan for America.

One response to “Stupid Cereal with Stupid Milk”