Not the good kind of tissue alert 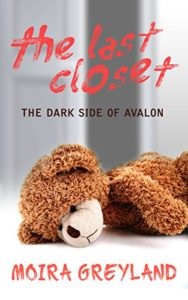 February 8, 2018 (LifeSiteNews) – The daughter of famed science fiction author Marion Zimmer Bradley has written an autobiographical account revealing the horrors of growing up in a home raised by LGBT parents who repeatedly sexually abused her and her brothers.

The Last Closet has been an Amazon bestseller for weeks as a Kindle e-book, and is scheduled to be published as a print book this month. Over one hundred readers have reviewed it, and virtually all have given it five stars.

The book recounts Greyland’s life with her mother, who was the author of The Mists of Avalon and many other famous works of science fiction and fantasy, and her father, Walter Breen, who was a world-renowned authority on numismatics. Both identified as “gay,” both abused drugs and were involved in occult practices, and both were pedophiles, Greyland says, a claim that has been confirmed by her only surviving brother. …

The trauma suffered by Moira and Patrick was so great that both of them chose a new last name, “Greyland,” to repudiate their parents’ last names. The abuse was not only sexual, but also physical and psychological, and was so savage that both siblings continue to suffer from powerful symptoms of post-traumatic stress disorder.

Greyland says she has spoken to many others who were raised by LGBT parents and their stories are very similar to her own.

“Every single child of gay parents with whom I spoke had certain things in common,” she writes in The Last Closet. “Those with only same-sex parents in the home ached for their missing parent and longed for a real father, and nearly all of us had been sexualized far too young.”

Read the rest (if you’ve got the stomach for it) @

Comments Off on Not the good kind of tissue alert