Dearest attended the March for Life in Ithaca, NY, which began at Immaculate Conception Church (where I was confirmed) and ended across the street from Planned Parenthood.  They’re standing in front of the plumbing store that is now in the structure my parents had built when they operated Cullen Sporting Goods. Here are a few images. 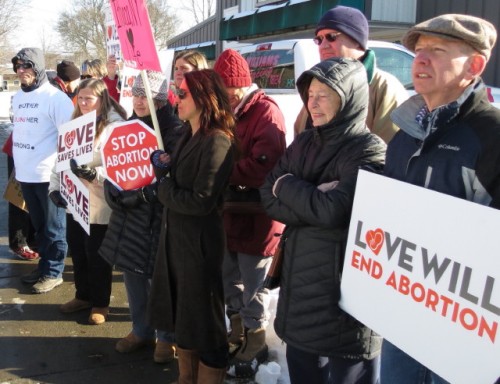 This clinic does medical and first trimester surgical abortions.  I’m SO glad it wasn’t there the two years I lived in the house next door to my parents’ business.

Please take a moment to admire Dearest’s new sheepskin-lined, leather trapper hat. It is his Valentine’s present from me.  I gave it to him early cuz his head was cold now. 🙂

Best Signs from the March for Life

Both of the Chicago papers had the pink pussy hats all over the front page. Not word one about the March for Life.
Nothing new.

The Best Signs at the 45th Annual March for Life

Trump Trolls Women’s Marchers – “Get Out There and Celebrate – Lowest Female Unemployment in 18 Years!”
The Pussy Hat protesters were back out on the streets marching on the first anniversary of President Trump’s historic first year in the White House.

BEST TROLL EVER!
President Trump: Beautiful weather all over our great country, a perfect day for all Women to March. Get out there now to celebrate the historic milestones and unprecedented economic success and wealth creation that has taken place over the last 12 months. Lowest female unemployment in 18 years!
http://thegatewaypundit.com/2018/01/omg-trump-trolls-womens-marchers-get-celebrate-lowest-female-unemployment-18-years/ 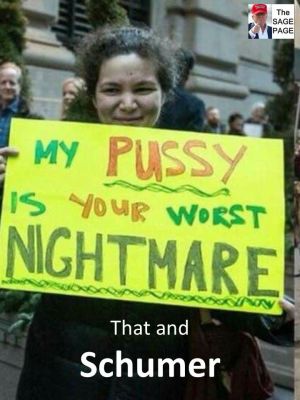 Flashback: PN posts about the LAST shut down

In 18 government shut downs under 6 presidents, Barack Obama is the only one to kick wounded vets out of their own open-air memorial.

The Obama Administration sent out the Metropolitan DC police armed with guns, stun guns, clubs, tear gas and riot helmets to forcefully remove or arrest aging military veterans from their own monuments.

October 16, 2013: The Obamas continue to be Hypocrites-in-Chief 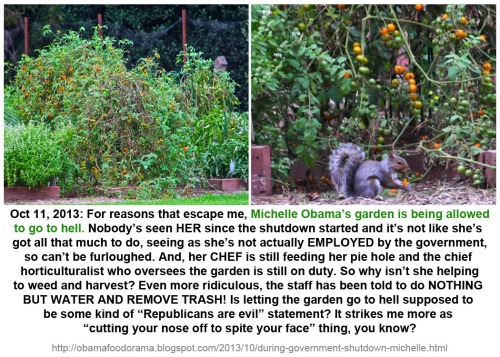 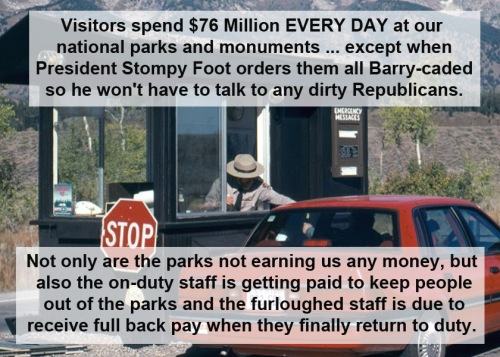 October 17, 2013: As difficult as possible: The National Park Services implementation of the government shut down