Children anxiously await the day for months. Weeks of shopping, cleaning, decorating, wrapping, and cooking. In a half hour, it’s over. There’s New Years Eve, if you’re into partying, and New Years Day for parades and football games. After that comes 3 or 4 months of vast, empty wasteland. 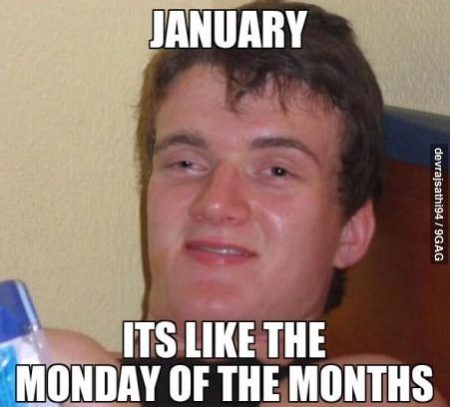 It was -2 degrees when I went to deliver my papers this morning. In a previous life, I’d go to work with a truck with a diesel engine frozen solid and a cab that never got warm. The wet floor mats I changed would stick to the floor making it sooo much fun to unload. Those times are, thankfully, in my rear view mirror.

We have a mixed bag today, since I’m a little sluggish from overeating with family and friends yesterday. For having beautiful grandchildren and a wife who can cook, it’s a price I’m glad to pay.

Fears the royal couple will snub the new President in favour of the predecessor he hates.

BRITS JUST DON’T GET IT. THEY THINK TRUMP IS AS SHALLOW AND NARCISSISTIC AS OBOZO. TRUMP DOESN’T CARE. HE DOESN’T NEED PHONIES TO FAWN OVER HIM AND TELL HIM HOW GREAT HE IS.

Where’s the party? No state dinner in Trump’s first year.

Trump spoke dismissively of state dinners as a candidate, when he panned President Barack Obama’s decision to welcome Chinese President Xi Jinping with a 2015 state visit. Such visits are an important diplomatic tool that includes a showy arrival ceremony and an elaborate dinner at the White House.

“I would not be throwing (Xi) a dinner,” Trump said at the time. “I would get him a McDonald’s hamburger and say we’ve got to get down to work.”

On December 18, President Trump invited lawmakers to the White House for a screening of Darkest Hour, starring Gary Oldman as Winston Churchill. Such a screening would never have happened under the previous president.

On his first day in office, POTUS 44 removed a bust of Winston Churchill from the Oval Office and returned it to Britain. When the eviction made news, White House mouthpiece Dan Pfeiffer said the story was “100 per cent false.”

But as the Telegraph reported, long after the denial, “Barack Obama’s White House has been forced to admit that it did return a bust of Sir Winston Churchill to British diplomats.”

This move has roots in the president’s mentor, Frank Marshall Davis, who shows up as the beloved “Frank” in Dreams from My Father.

With the passage of the GOP tax bill this week, the Trump administration has scored 81 major achievements in its first year, making good on campaign promises to provide significant tax cuts, boost U.S. energy production, and restore respect to the United States, according to the White House.

And along the way, President Trump even outdid his own expectations and slashed at least 11 major legacy items of former President Barack Obama, including cracking down on the open border, slowing recognition of communist Cuba and effectively killing Obamacare by ending the mandate that everyone have health insurance or face a tax.

Now the left is angry about ‘pro-Trump’ year-end bonuses

Boy, are they annoyed: Democrats are pooh-poohing the avalanche of announcements by major corporations that they’re giving their workers bonuses and raising wages after the passage of tax reform

It’s classic left-wing disdain for anything big business does, even when it’s rewarding its workers — and even when those reaping the benefits include the Democratic cheerleading squad at MSNBC. 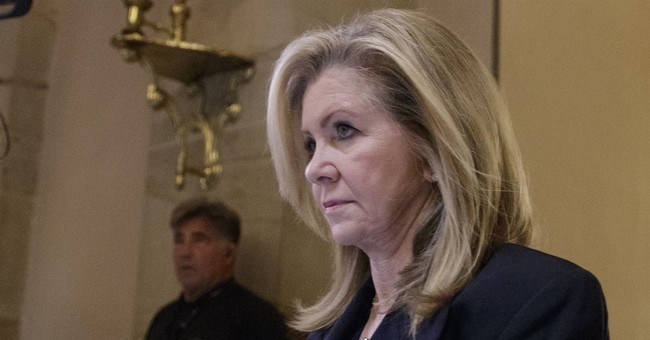 THE DEMOCRATS/McCONNELL SPENT $100 MILLION AND THE MEDIA WHORES SPENT 6 WEEKS BUYING WOMEN TO TRASH JUDGE MOORE.  THEY REMIND ME OF THE UNDERDOG WHO GETS IN A LUCKY SHOT AND KNOCKS DOWN THE CHAMP. THEN THEY THINK THEY’RE 10 FEET HIGH AND BULLETPROOF.

[CtH: And they didn’t beat Moore by much.  They’re delusional if they think they can pull off that kind of effort throughout 50 states!]

Neither of Tennessee’s two top GOP candidates, Rep. Marsha Blackburn and former Rep. Stephen Fincher, has the kind of personal baggage Republican Roy Moore had in the Alabama race won by a Democrat. But both have wholeheartedly embraced President Donald Trump at what Democrats hope is exactly the wrong time.

Former Democratic Gov. Phil Bredesen, a known quantity in Tennessee, has kicked off his Senate run from a position of strength.

“He starts with credibility among Tennesseans that Doug Jones didn’t have or almost no Democratic challenger in any of the other Republican states would have next year,” Maslin said.

Gentlemen, Start Your Engines for 2018 Midterms

Liberals really do live on another planet. The corporate tax cut was not intended as some cheap way to win votes or to benefit employees and voters in the here and now. It is simply an effort to lower the tax rate on corporate income down to generally accepted international levels approved by all card-carrying globalists.

Really, you couldn’t choose a better setup for the 2018 midterms. The Democrats get to wail about Russia collusion and Republicans stealing the silver and #MeToo and gay wedding cakes. Republicans get to talk about middle-class tax cuts and 4 percent growth. Remember the days when Dick Morris taught Bill Clinton to strike terror into Republican hearts with their centrist triangulation between left and right? Today’s Democrats don’t know nothin’ about such pranks.

A Christmas toy giveaway in Detroit, Michigan, devolved into a massive brawl Saturday night, leading to the arrest of one woman, police said.

Police say the suspect had been accompanied by her two children when the brawl took place.

I suppose if you live in the White House amid round-the-clock maid service and Secret Service protection to keep the riff-raff and “deplorables” away, it probably does make a difference in your personal experience. But that sure as heck resonates like a clank on the floor at a ballet performance.

THAT HAITIAN RELIEF FUND CASH SURE CAME IN HANDY, DIDN’T IT?

A member of a radical feminist group attempted to steal a statue of the baby Jesus from the Vatican’s nativity scene on Christmas day but was intercepted by police as she grabbed it.

A Reuters photographer happened to witness the incident as the topless woman, shouting “God is woman,” climbed over a guard rail and scrambled up to the scene in a brazen attempt to take the statue of Jesus from its crib.

A Democratic congressional candidate in Virginia has been indicted on charges of fraud, embezzlement, and theft for allegedly stealing government funds from a school nutrition program in 2012.

Shaun Brown, 58, denied any wrongdoing during her first appearance in a Norfolk courtroom last week and said after the hearing that she intends to fight the charges.
Prosecutors said Brown fraudulently obtained $803,000 of government funds through her nonprofit organization, which participated in the U.S. Department of Agriculture’s (USDA) Summer Food Service Program. The organization worked with the USDA Summer Food Service Program to provide meals to low-income children on school breaks.

AMBASSADOR HALEY SAID OF THE U.N. VOTE TO CONDEMN AMERICA’S MOVING THEIR EMBASSY TO JERUSALEM: ‘WE’LL REMEMBER THIS.’

Israel is in talks with more than 10 countries — including some in Europe — about potentially moving their respective embassies to Jerusalem, according to officials.
Deputy Foreign Minister Tzipi Hotovely on Monday said the nations were interested in following President Trump’s footsteps and declaring the Israeli city the new capital in the wake of Guatemala’s recent decision to do so.

WOW, @foxandfrlends “Dossier is bogus. Clinton Campaign, DNC funded Dossier. FBI CANNOT (after all of this time) VERIFY CLAIMS IN DOSSIER OF RUSSIA/TRUMP COLLUSION. FBI TAINTED.” And they used this Crooked Hillary pile of garbage as the basis for going after the Trump Campaign!, tweeted President Trump Tuesday.

On Saturday, Trump went scorched earth on McCabe for his corruption and obvious conflicts of interest during the Hillary Clinton email investigation:

According to WaPo: McCabe is retiring in just the right time to collect his pension:
Andrew McCabe, the FBI’s deputy director who has been the target of Republican critics for more than a year, plans to retire in a few months when he becomes fully eligible for pension benefits, according to people familiar with the matter. […] McCabe won’t become eligible for his full pension until early March. People close to him say he plans to retire as soon as he hits that mark. “He’s got about 90 days, and some of that will be holiday time. He can make it,’’ said one. 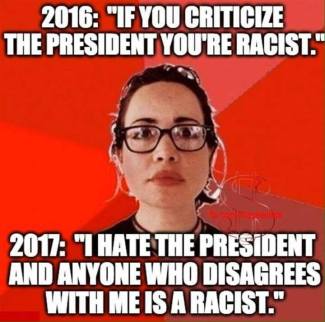 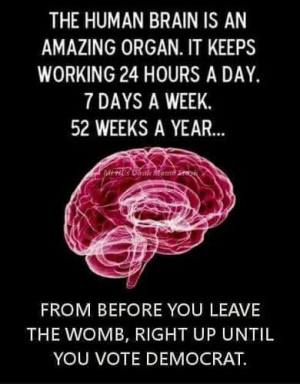 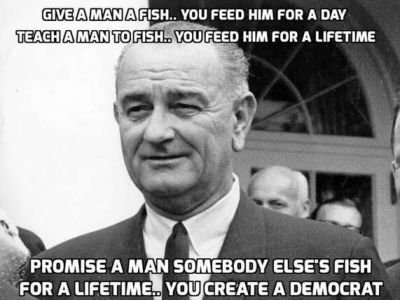 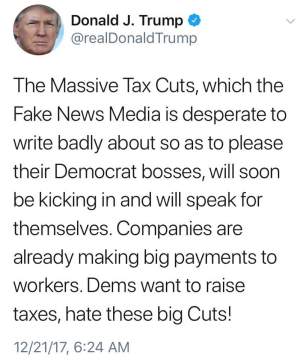 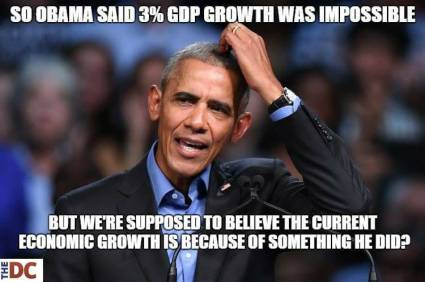 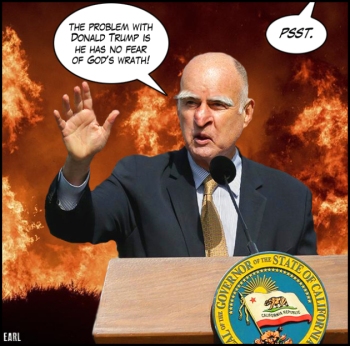 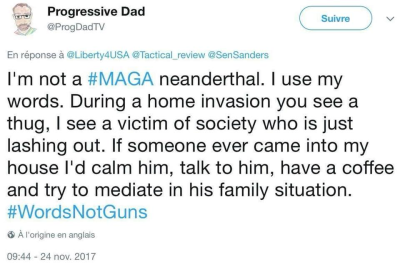 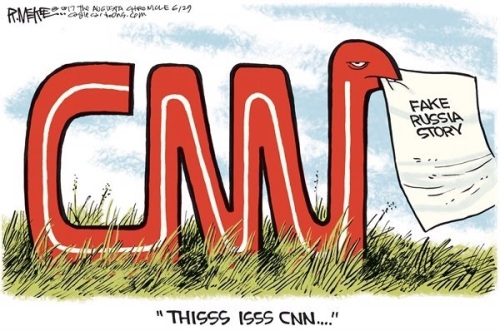 ​I have to admit, I used to think CNN was just a left-leaning news outlet that hides its political bias but still occasionally reports the truth. Now I think CNN is a Trump-Russia wish fulfillment outlet that is so inept you would have to be a complete dumb*** to not see the leftist bias. Now what is the interim period between those two opinions, you ask? 16 hours, 16 earth-shattering hours to my mental capacities, 16 hours straight of CNN.

Who is it that came up with the masochistic idea of subjecting themselves to 16 hours of leftist propaganda? None other than our friends over at Louder with Crowder, of course! Being a masochist myself, I decided to join them on their journey, eventually leading me to ponder what exactly was more absurd: witnessing dwarf Jesus best dwarf Santa in the figgy pudding battle of the ages, or the fact that CNN is still on air… Sorry, I’m getting a bit off topic; I think the staggering mediocrity of Wolf Blitzer just gave me a mini-aneurism. Nevertheless, here are the five lessons I painstakingly learned from the #CrowderCNNLivestream.

Every 15 minutes or so, CNN posts a story with either “Breaking” or “Developing” appearing on the chyron.  In reality, CNN broke only 3 stories during the 16 hours I watched.

About half of CNN’s coverage is dedicated to fueling a fantasy land where Trump-Russia collusion actually exists.

3. Stop The Presses: CNN Is Not Republican Friendly

Almost all the coverage of the day was critical of Republicans and roughly zero reflected badly on Democrats. Many hours were devoted to talking about how Republicans wanted to kill millions of children by defunding CHIP (Children’s Health Insurance Program), which was never true. When Republicans actually passed funding for CHIP, CNN gave the story about 5 seconds.

4. Read All About It: I’m So Dumb, I Don’t Think I’m Capable of Reading Anymore

The only newsworthy things covered for the day were the U.N.’s ruling to condemn Trump’s decision to move the U.S. embassy to Israel’s capital, Jerusalem, Republicans funding CHIP, and the Melbourne attack. I very nearly missed the fact that Republicans funded CHIP and I never heard the Melbourne attacker was of Afghan descent and was partially motivated by the mistreatment of Muslims. I also didn’t hear a single thing mentioned about the Uranium One story despite it being trending on Twitter.

Yes, I do still think Jake Tapper has a left-leaning bias, but I do think he tries to disseminate truth from time to time.

Summary: I may not have walked away from this experience any smarter, but I certainly gained the wisdom that there is much merit to uttering the phrase “CNN is fake news.” For that revelation I owe thanks to Steven Crowder and Co.

The Trumps Do Christmas 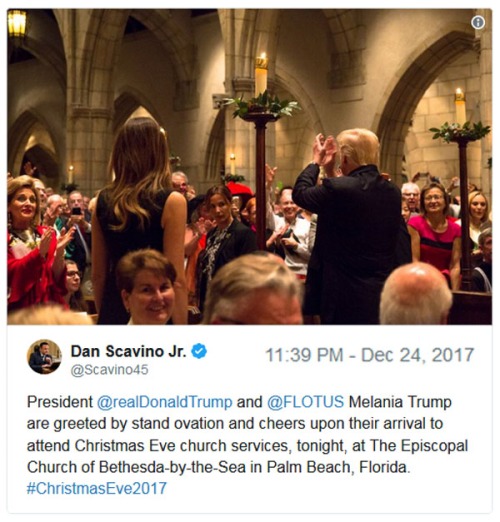 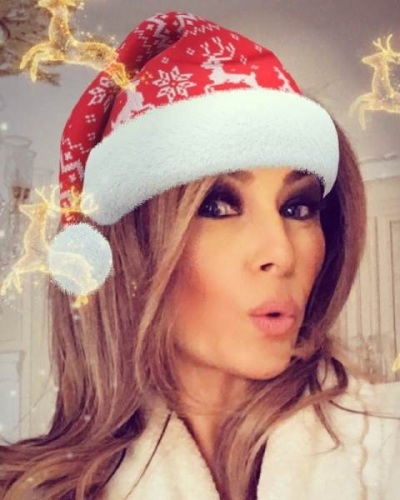