Looks like today is going to be a three-poster. There’s still plenty of interesting stuff from yesterday and it keeps coming. If I didn’t think it was worth your while to glance at it, I wouldn’t waste your time. I have too much respect for our readers and their time. The fact that I have plenty of it is a luxury very few people share.

Rep. John Lewis told the Atlanta Journal-Constitution he is canceling is trip to the new Mississippi Civil Rights Museum because he doesn’t want to share a stage with President Trump. But the Georgia congressman said he would reconsider if the “hit man,” meaning Mr. Trump, decides not to attend.

OOPS! IMAGINE THAT! NO WONDER “PUBLICITY WHORE” ALLRED WOULDN’T ALLOW ANYBODY TO EXAMINE THE BOOK

Beverly Young Nelson has finally admitted that she forged a portion of the infamous high school yearbook that she and attorney Gloria Allred used as proof of her accusations against U.S. Senate candidate Roy Moore.

And in yet another blow to the credibility of ABC News, the disgraced, left-wing network downplayed the bombshell by presenting this admission of forgery as adding “notes” to the inscription. Worse still, the reporter actually coaches Nelson, puts words in her mouth, downplay the enormous significance of her deceit.

TRUMP SLAMS LYING HACK GLORIA ALLRED: “Everytime You See Her You Know Something Is Going Wrong”

President Trump: “So did you see what happened today? Did you see the yearbook? Did you see that? There was a little mistake made. She started to write things in the yearbook. Oh, what are we going to do. Gloria Allred, every time you see her you know something is going wrong.”

Strangely, “To a sweeter more beautiful girl I could not say, ‘Merry Christmas.’ Love, Roy,” is written in black ink, while “Moore DA, 12-22-77, Olde Hickory House,” is in blue ink.

Obama: Some jobs ‘are just not going to come back’

On Friday President Trump’s Director of the National Economic Council, Gary Cohn, was asked about Barack Obama’s comments from earlier this week on the Trump economy.
Gary Cohn laughed out loud. 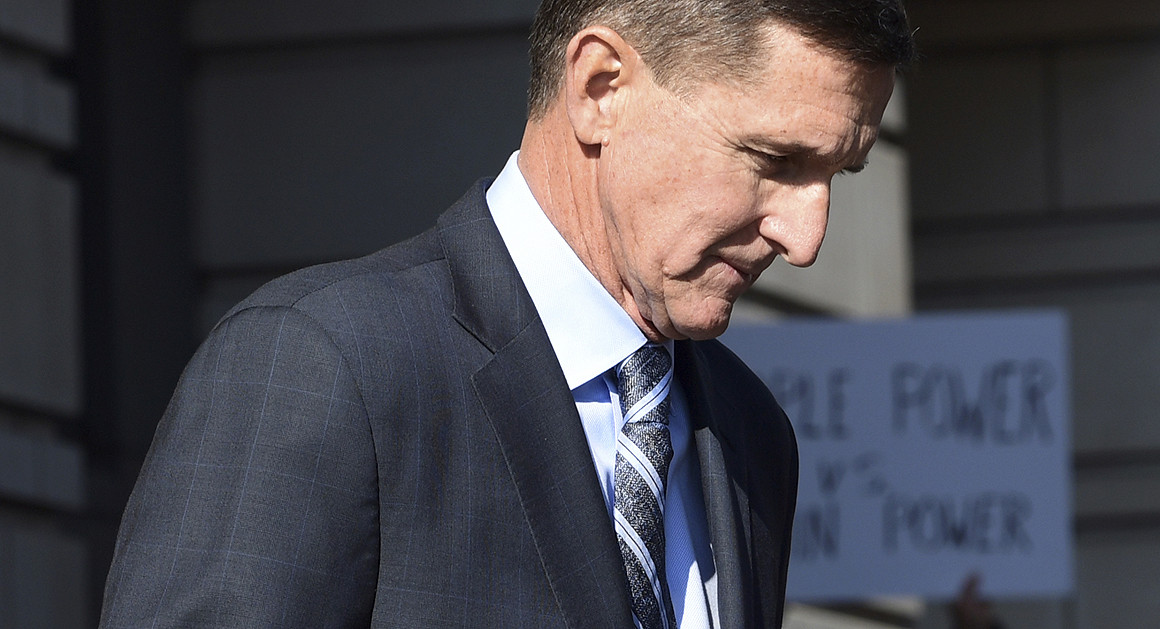 Judge Emmet Sullivan was randomly assigned to take over the case after Judge Rudolph Contreras recused himself.

A court spokeswoman confirmed to POLITICO that the reassignment was due to Contreras’ recusal, but said the court generally does not disclose the reason that a judge begged off the case.

MY THEORY IS THAT CONTRERAS KNEW MUELLER WITHHELD EXCULPATORY EVIDENCE BEFORE HE PRESSURED KELLY INTO A PLEA DEAL. HE WOULD HAVE HAD TO DISCLOSE THAT OR FACE DISBARMENT.

THE MAINE PAIN DOES IT AGAIN.

Collins added two amendments to the legislation that passed the Senate last week, one of which would allow taxpayers to deduct property taxes from their annual federal filings, restoring a provision of the House bill that the Senate took out.  Another provision added by Collins would lower the threshold for tax deductions for medical expenses.

Morning Joe jumps right to dementia over latest Trump video: ‘that speech, that impairment, is chilling’

DOCTOR JOE COMES UP WITH HIS OWN DIAGNOSIS.

On Thursday, the panel on MSNBC’s “Morning Joe”suggested President Trump’s brief slurred words during his Wednesday speech on recognizing Jerusalem as Israel’s capital are indicative of dementia.

[CtH: Let’s all remember how Obama mis-pronounced words that were written into his prepared speeches, m’kay?  And that time he banged his head on the door to Marine One?  Or that other time when he tried to shake hands with a Marine who was saluting him?  Oh, and definitely, let’s remember that wonderful video of him being locked out of his own office, when he was caught banging on the window trying to get someone to let him in.]

Toward the end of the news conference, some on Twitter and Facebook noted that the President’s usual speech pattern changed and that he started to slur his words — and they speculated about what it could mean. … “People can slur their words for any number of reasons. It can be a sign of problems with a nervous system disorder like a brain tumor or a stroke.”

THERE’S A REASON I KEEP ALL THESE MEMES HANDY

Dolezal, a white woman claiming to be black, is now selling a 2018 calendar of herself on her personal website. Dolezal’s calendar, which has already sold out, features various pictures of her striking poses with a collection of inspirational quotes Dolezal came up with.

I’D HAVE SAVED THIS FOR ONE OF MY WEIRD, BIZARRE, AND TRULY STRANGE POSTS, BUT I DON’T KNOW WHEN I’M GOING TO POST ONE, WHAT WITH THE TARGET RICH ENVIRONMENT THESE DAYS.

The Treasury Department paid $220,000 in a previously undisclosed agreement to settle a lawsuit alleging sexual harassment that involved Florida Democrat Alcee L. Hastings, according to documents obtained by Roll Call.

Winsome Packer, a former staff member of a congressional commission that promotes international human rights, said in documents that the congressman touched her, made unwanted sexual advances, and threatened her job. At the time, Hastings was the chairman of the Commission on Security and Cooperation in Europe, where Packer worked.

YOU REMEMBER HIM…HE WAS THROWN OFF THE HOUSE JUDICIARY COMMITTEE FOR CORRUPTION.  WELL, HE MADE IT BACK THERE AND NOW SITS IN JUDGEMENT OF OTHERS.