‘Our Love Life Is None of Your Business,’ Says Couple Forcing Business Owner to Approve Their Love Life

LAKEWOOD, CO—According to reports, a same-sex Lakewood couple informed a local business owner their private love life is none of his business, while insisting that he and his company approve and fully accept their love life, sources confirmed Wednesday.

The couple, whose relationship may violate the privately held religious beliefs of some Americans, including the business owner, told him to “get out of our bedroom” while they demanded he use his business to openly affirm and celebrate their lifestyle choices.

“How dare he force his extremist views on us?” the couple reportedly asked, while threatening to bring legal action and destroy his livelihood if he would not defy his widely-held religious beliefs in order to provide a service that they could easily receive at dozens of other local, willing companies.

“We have rights. No one can tell us how to live our lives!” the couple told sources, as they used the justice system to force the business owner to violate his own convictions and coerce him to applaud their personal decisions.

“After all, this is America!” they added.

Then There Were Five

December 7, 1941: More than 2,300 American servicemen were murdered in a sneak attack by the Empire of Japan. It drew us directly into a war that had been raging in Europe for more than two years. It changed the course of history and ended a madman’s dream of world domination.

Fast forward 76 years. The USS Arizona still rests in the harbor, along with those joined for eternity. I’ve never been there, but know people who have. You cannot come away from there unmoved if you have a soul. Our WWII veterans are almost all gone now, passing into glory at a rapid rate. After suffering eight years of humiliation at the hands of a man who presided over a country he hated, these few once again have a president who sees them as the legends they are.

During his speech, one of the World War II veterans, Michael “Mickey” Ganitch, interrupted and started singing the song “Remember Pearl Harbor.”

Before President Trump signed a formal proclamation on the 76th anniversary of the Pearl Harbor attack, one veteran of the Japanese attack broke out in song. Trump said that, following the attack, a “battle cry could be heard by American friends and foes alike: Remember Pearl Harbor.”

The following veterans attended Trump’s ceremony, where the president signed a proclamation for Pearl Harbor Day:

THEY ARE A PRECIOUS TREASURE THAT CAN NEVER BE REPLACED.

Today we honor Pearl Harbor Heroes. Thank you to all military for your courage and sacrifice! 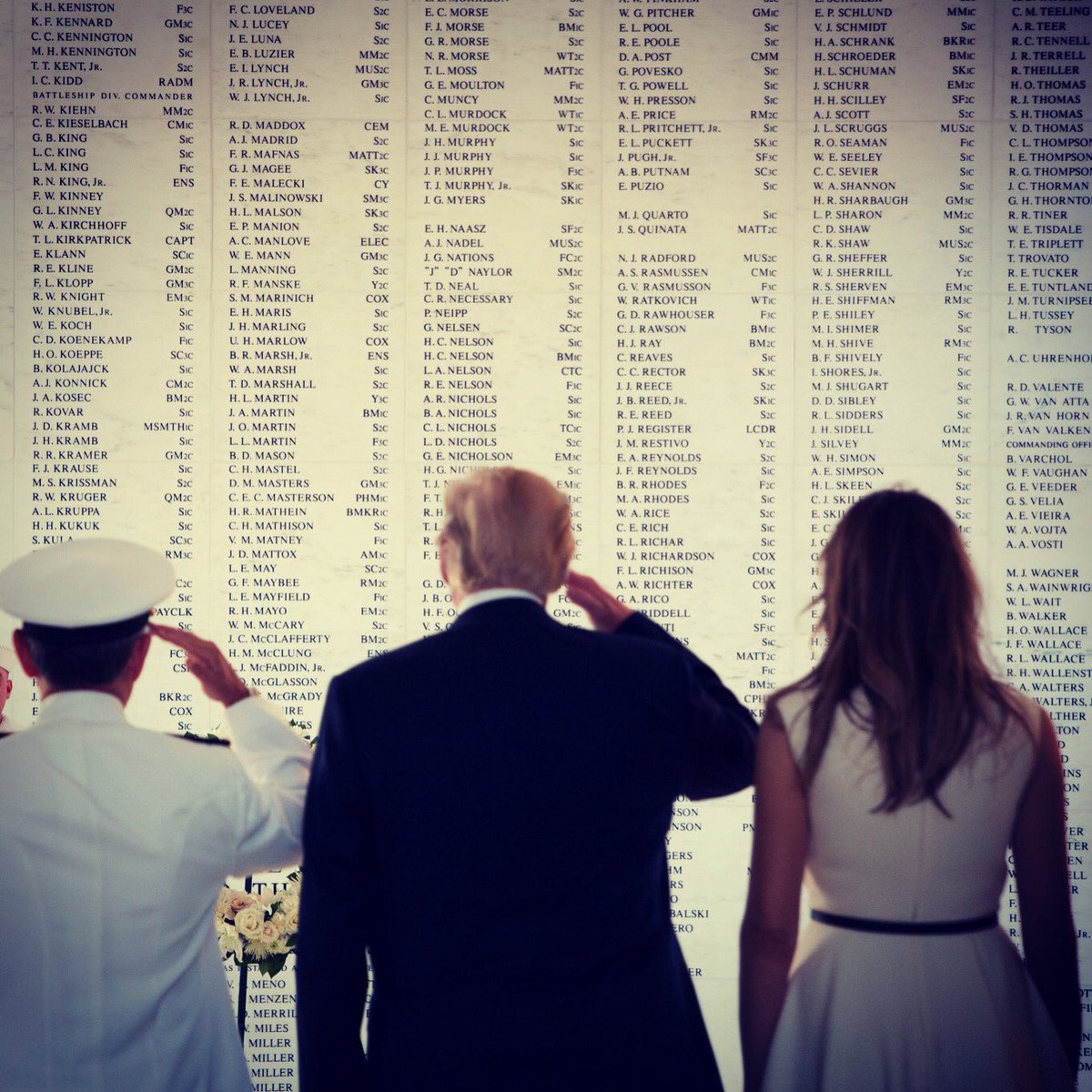 Here’s the original version of the song: Remember Pearl Harbor by Sammy Kaye

THIS MAN IS A NATIONAL DISGRACE/

In December 2016, on the 75th anniversary of the Pearl Harbor attacks, Barack Obama honored the fallen heroes of Pearl Harbor with another photo of himself.

On December 7, 2017, President Trump honored the fallen of Pearl Harbor by inviting the survivors to the White House.

EVEN ON SUCH A SOLEMN OCCASION, THAT LITTLE PIMPLE FROM #FAKE NEWS STILL HAS TO BE A PAIN.

Acosta shouted this question to Trump as he exited the room with the Pearl Harbor veterans: “Any comment on senator Al Franken? He made some comments about you earlier today.”

Trump paused and with the strength of the Pearl Harbor veterans behind him, shut CNN down with five words: “I didn’t hear it. Sorry.: Then Trump left the room, flanked by American heroes.