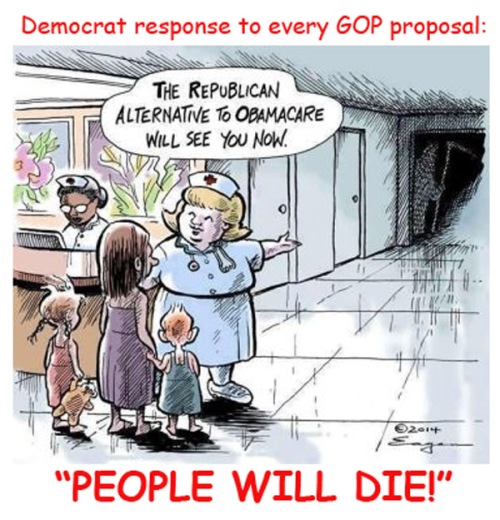 The latest absurdity comes from Larry Summers, the former director of Obama’s National Economic Council. According to his EXPERT ECONOMIC OPINION, the GOP’s plan to cancel the Obamacare mandate will KILL TEN THOUSAND PEOPLE A YEAR!

One response to “People Will Die!”